Interested in sharing experiences, and learning from millennials all over the world, I reached out to Noor Hewaidi a resident of British Columbia, Canada, to contribute to this month’s VSM (Voice & Soul of Millennials) series on religion and she kindly reworked her class project for us.

Find out what she got up to!

My favourite class this semester is a 4th year sociology course of 30 students in which we learn about social movements. One of the most important lessons our professor taught us was that “the personal is political.” These words were painted across banners which Feminist Movement protesters waved, as they demanded we realize that small, personal acts are actually much larger than they seem, and the power of making a statement about yourself, especially when it doesn’t defies to social norms, is immense and transformational. 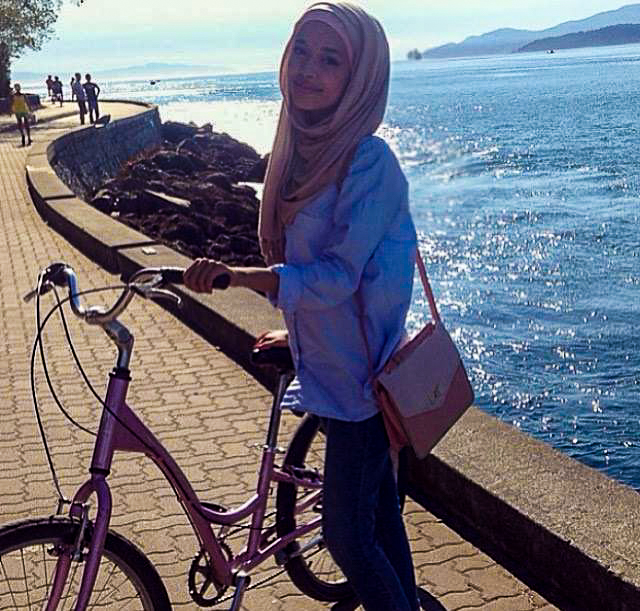 We were asked to test this idea out by each performing our own “norm breaking task” for two weeks, a task which brought to the forefront aspects of who we are that we consciously or subconsciously put away. I decided that my norm breaking endeavour would be to elaborate a downplayed aspect of my identity: to perform Muslim prayer in public spaces on my university campus.

Muslim prayer is an expression of worship to God that takes place five times throughout prescribed periods of the day. It involves aligning oneself as to face the direction of Mecca, this also known as the “Qibla,” or simply facing an area clear of people, objects and noise under circumstances of being unable to locate the Qibla. The ritual then includes repetitive forms of standing, bowing and prostrating while reciting Quranic verses and prayers. The morning and evening prayers are performed audibly, as this is a means of calling and reminding others of prayer during hours of sleepiness, while the afternoon prayers are performed silently. 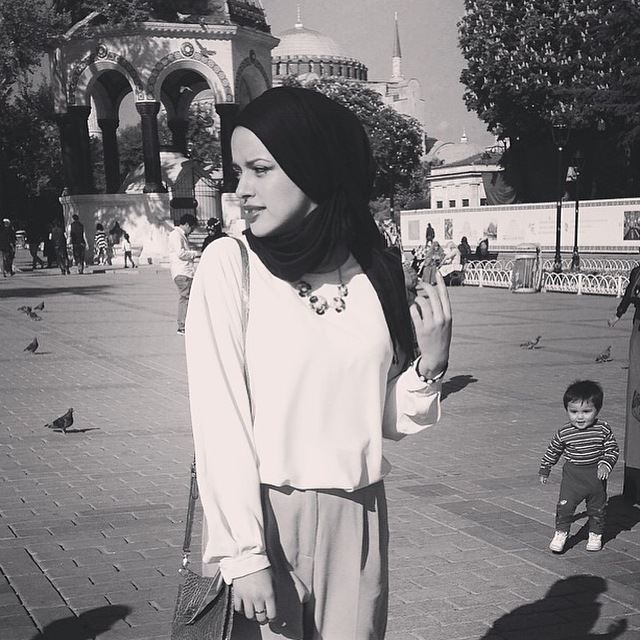 I was at university during the afternoon period as I observed this physical and spiritual task, which made my project less intimidating than it already was, though the overt nature of Islamic prayer in a public, dominantly Western environment was nerve wrecking enough.

The day I was to begin my assignment, I found myself anticipating the hour of afternoon prayer as it came near. This extraordinary hesitation towards expressing one of the most ordinary parts of who I am, as a young Muslim woman, was immensely telling. I asked myself: why? Why did this basic act suddenly feel like a challenge? In the process of deciphering these questions, and in comprehending the feelings that surprised me, I learnt how overwhelming nonconformity to social norms is, and that there was in fact nothing normal about them. I was struck by how quickly my task became less about being who I am and more about bringing my private self to the public, my invisible expressions to the visible eye. Simply practising who I am in an environment that systematically and regularly filters and saturates that self felt like a movement alone. Doing the marked, the questioned, was both concerning and exciting. So the first time I “prayed in public” was in the lowermost level of my university student union building, in a quiet corner next to a cafeteria area. It was difficult to focus on my task because I found myself very conscious of those in the lounge next to me, because I was worried about how they might judge me or think that what I was doing as strange. I became frustrated at how I willingly compromised my own values, rituals and practices for social desirability and an urgent need to please others that I wasn’t sure I harboured. 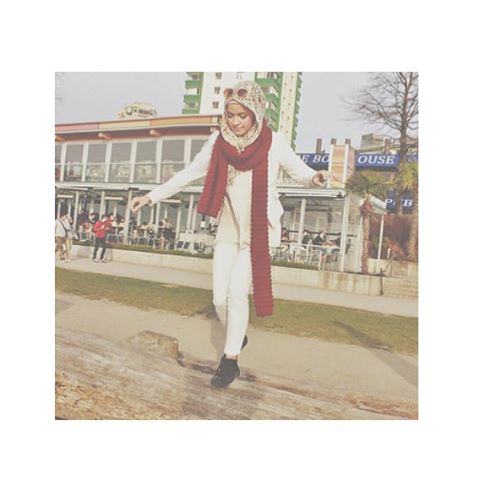 I encountered this reality face to face on the third or fourth day when I was finishing up some coursework in our ever-buzzing, popular library building. My self-made standards throughout this assignment were to accomplish quiet and respectful prayers in locations that accommodated this while not going “out of my way,” so to speak. I wanted to bridge the gap between the authentic and performed aspects of who I am such that they could meet halfway and cooperate.

In slowly discovering the difficulty of breaking social norms, I developed slight resentment towards the forces that constructed them, while accountably reflecting upon my own contributions. My project required me to become and to resist simultaneously, as each process interchangeably paved the way for the other. I was in the open, expanded space of our fancy computer lab when I felt too overwhelmed with nerves to perform prayer. In this way, persons around me had a way of socially controlling me without verbally or physically asserting their power. All of this was very scary to learn. So I decided to resist it. From that moment on, I challenged myself to take greater risks. My tactic was to pretend that my act of prayer was “normal” to everyone around me, because I knew that one day it would be if I and other Muslims exposed others to this ritual by simply practising it. I began telling all the friends that I encountered, Muslim or not, about my project. I began bringing a prayer matt to university with me and laying it out before me as I prayed. I began to take larger steps outside my comfort zone and pray next to entrance doors of buildings. And, when I had company, I would even pray by a wall in a lounge or study area, because that small wave of collectivity was able to surmount the fear of standing out. With time, the structure of my days slowly changed, and my mental state transformed. I began organizing my hours around my prayers, around who I am and what I want to do, and not be controlled by social standards constructed for me by others. I witnessed first hand that the personal truly is political, and that these tiny steps in complicating and questioning social norms do, in fact, make the loudest thuds. Though there is much work left to do, I am now much less afraid of being who I am, much more open to who others, and much more empowered as a young Muslim woman living in the West. 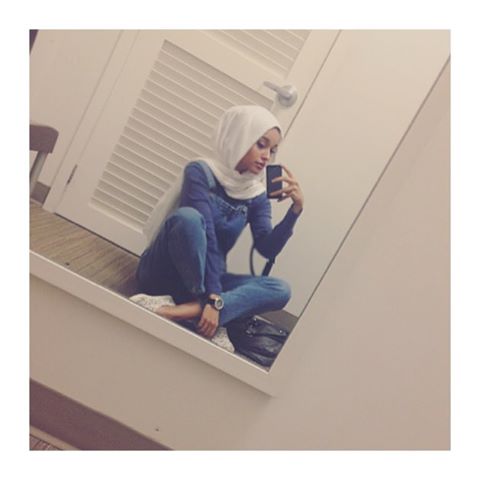 So to you, I say: go ahead, go practice what you believe, walk the opposite direction everyone else is walking, wear what you want, question what you’re told or simply let your curls run wild and free. These are everyday forms of resistance.

Noor is a 21 year old Sociology student at the University of British Columbia in Vancouver, Canada. She’s passionate about social issues, travel, and photography. Her hobbies include photo-blogging and writing. Noor is moving to Italy for the first half of 2016 on an exchange program where she hopes to improve her Italian, learn about a new culture and establish a blog. You can follow her on Instagram for personal posts at hummingburd_ . Noor aspires to work towards fulfilling human rights and improving society through creative thinking and social innovation. She is especially passionate about contributing to her home country, Libya.