Continuing our VSM (Voice & Soul of Millennials) theme on religion is creative artist, henna genius and photographer Husna Lohiya. She previously shared her art and entrepreneurial drive on our YAMI series and is back to share her refreshing views as a millennial practicing Islam and her awesome project called Veiled Curiosity.

I visited her London workshop and did a mini shoot while she finished a free hand painting she was working on, then over hot chocolate, sushi and a pan of thin crust pizza later, our interview was concluded. 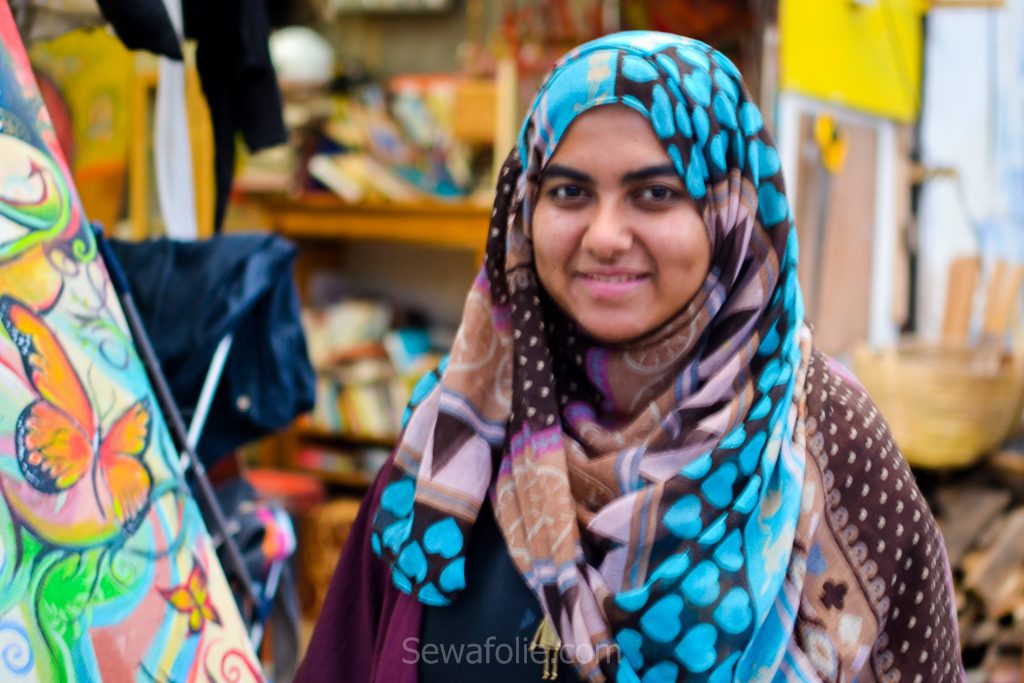 S: What do you think about religion?

H: I don’t know if it’s my opinion that matters. I think everyone has different religions and paths and beliefs; and I don’t think it should matter what my opinion is of their religion or of religion in general. It’s an individual thing.

S: Where you born into any religion?

H: Yes, I was born into Islam. The first things we hear as a baby is they say the adhan in our ears. So the first words we hear are religious.

S: What does that mean?

H: They say Allahu Akbar which means God is the greatest, which is like a blessing at the start of life. We believe you’re born pure and innocent, having no sins. So it’s a celebration. 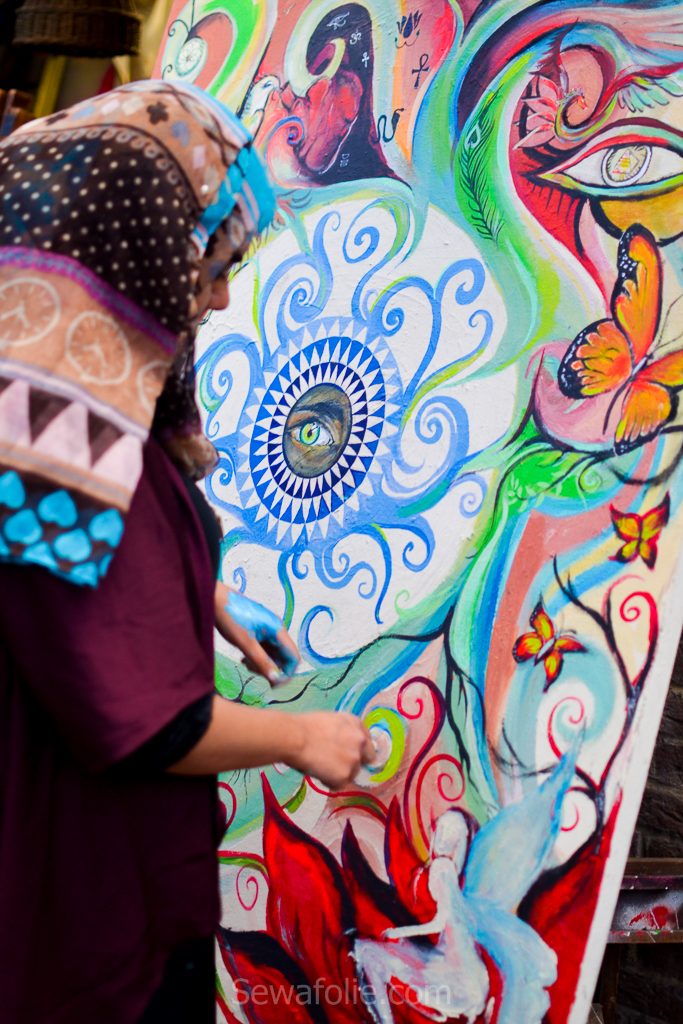 S: What did your religion mean to you as a child growing up?

H: Religion was very much part of my life. The five prayers structured our day. Like we have lunch after the prayer in the afternoon, or we go out after the prayer when the sun sets. So life was quite structured towards certain prayers. It was ingrained in us. We went to the mosque as soon as we got home from school; it was part of our education.

S: What does your religion mean to you now?

H: I think Islam means a lot to me not just because of who I am now but because of how I’ve grown up. And the morals and the beliefs, and the way I think has a lot to do with the way I’ve grown up and Islam was a big part of that. So I feel like it’s part of myself. 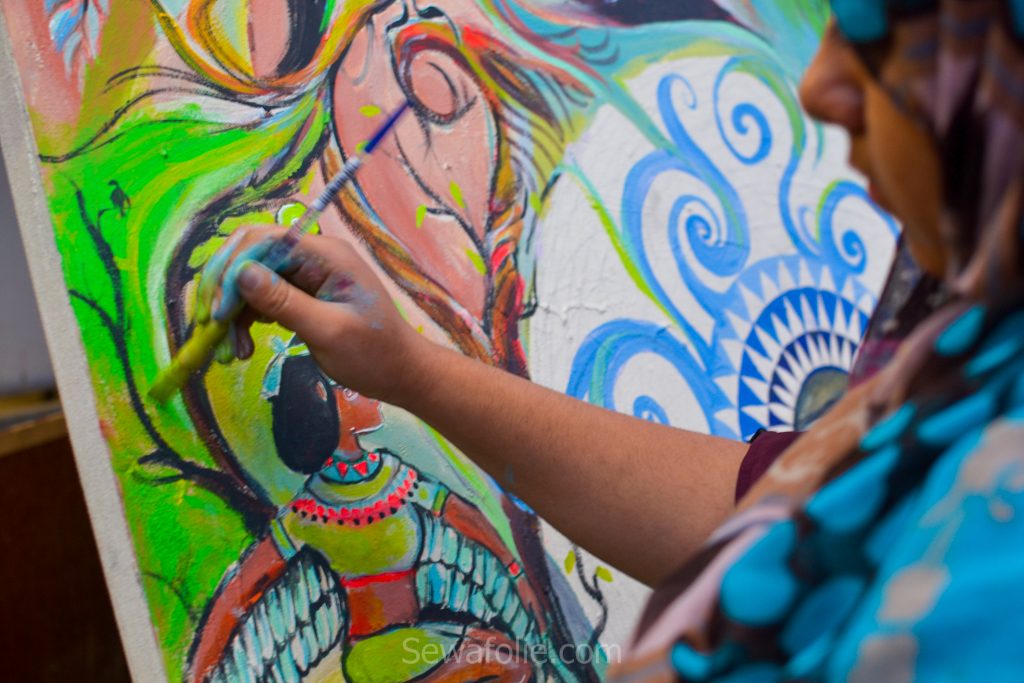 S: If you weren’t born into Islam, do you think you’d be practicing it now?

H: I’d like to belief that no matter how I was born, there would be something about Islam that would affect or influence me. Like I’d be drawn to it because there’s this idea of Fitrah in Islam which means you’re born with the knowledge of good and recognising God. So I’d like to believe that’s part of who I am to recognise, because Islam is very different to the culture you grow up in. The simple beliefs that I find sit with me very well are not just because I grew up with it (Islam), but because I recognize it within myself. 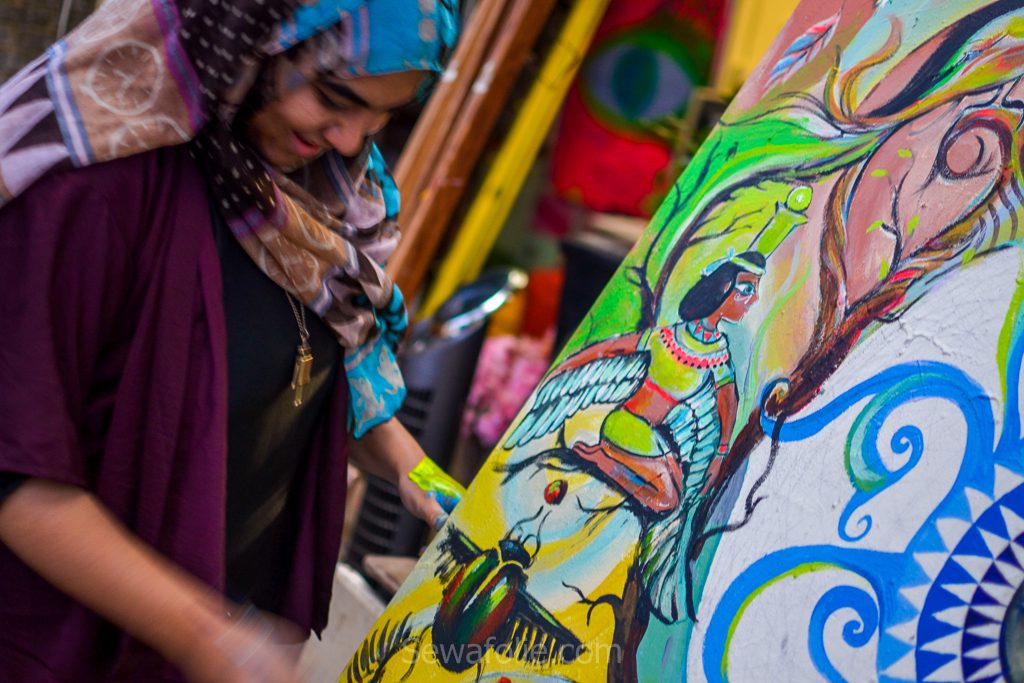 S: The world seems more secular these days. What do you think of the decline of the practice of religion?

H: The world used to be different. Religions are based on communities, families and living in a certain way. Whereas, these days, your life is your individual life, what you believe is your individual belief. A lot of the rules in Islam and other religions are based on keeping a society functioning. So for example, not drinking alcohol is not this idea that no one can drink a glass of wine during dinner and be sensible, but there’s always going to be some people who can’t drink alcohol sensibly and some who will cause problems and fights. So what Islam does is make a rule that tackles the root problem instead of the little causes. So instead of dealing with the drunk drivers, they deal with the drinking. It’s so much more than an individual person’s choice; it’s supposed to be your place in society for everyone to function together. However, the way we grow up now, not drinking alcohol will be your own choice compared to those days. 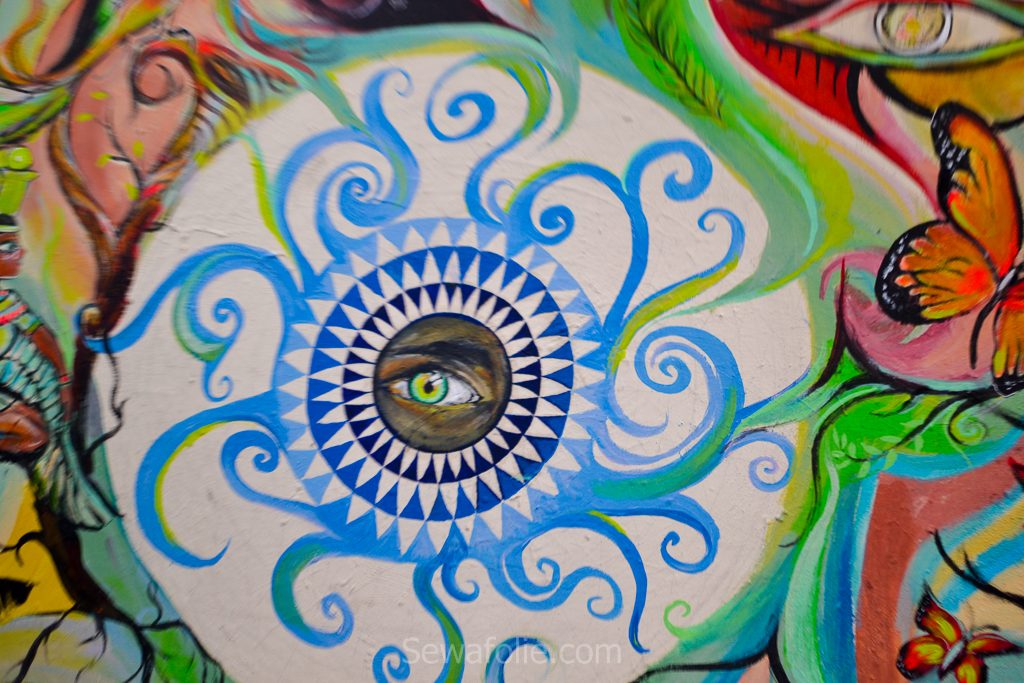 S: What would you say to someone who doesn’t believe in religion or spirituality?

H: I personally don’t think I should have an opinion on anyone else’s belief of religion whether they are spiritual or not, because that’s their own journey to make as I wouldn’t want them to have an opinion on mine either. Live and let live. 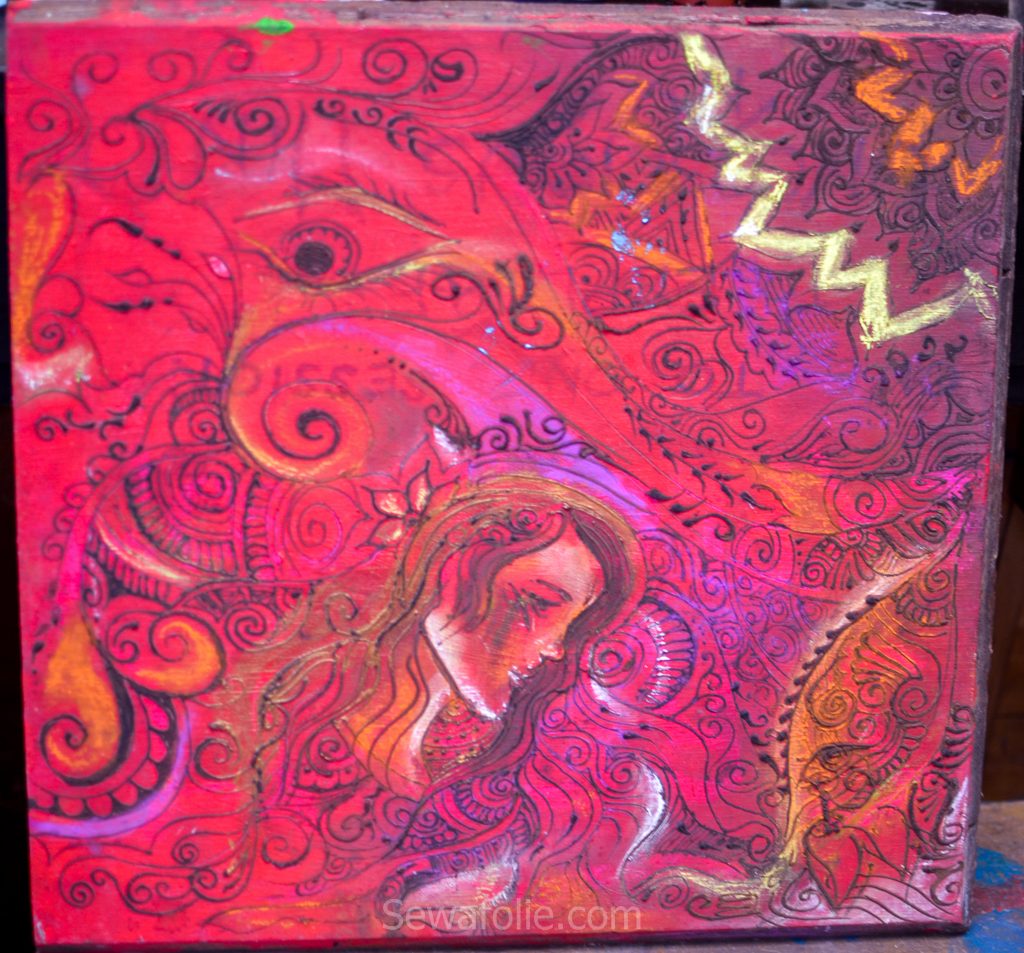 S: If you could tell someone about your religion what would you say?

H: It’s more than what the media says it is. Read it up for yourself.

S: Is there anything you’d like us to know about your religion?

H: You probably hear it a million times, the word Islam means peace.

H: Yeah, even the word Jihad means a struggle but things can be taken out of context. The way a few individuals in the world often act for political reasons or power shouldn’t affect the way another person judges the religion because it’s a judgement that you’re making. And now in this day and age, it’s all about the individual anyway, we’re making our own choices, so you should give every single person a chance no matter what name, label or religion they call themselves. 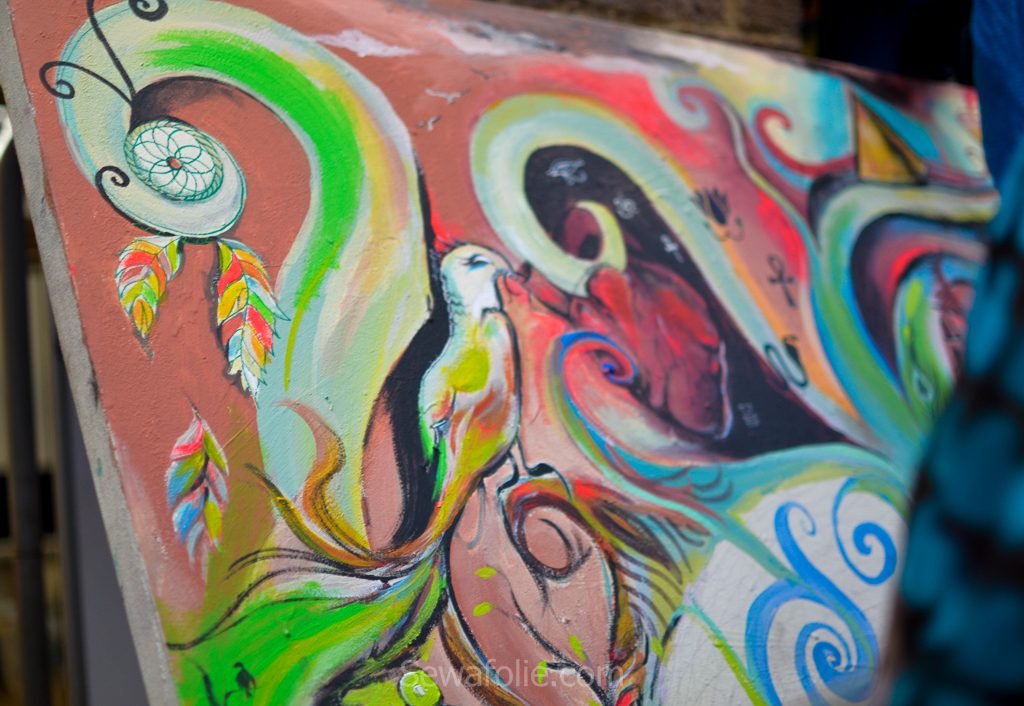 S: How do you navigate living with your religion as a millennial in the 21st century, given all the choices, challenges and what not present living brings?

H: I feel like everyone has their own journey. I know I keep saying that, but everyone will tackle it differently. Personally, I like finding things out for myself even if it’s within my religion. I don’t want to be the person that’s spoon fed something just because other people are saying it. I always try to find it for myself, whether it’s making the wrong choices or having experiences and then learning from them or reading something or going to a talk or lecture; like finding Islam and what I believe to be true, to make sure it’s true for me. It’s been a point of reference for my life and it’s been really important for me. Like my core values and the things that are more important than the little rules of how you dress, what you eat, or how you seem, the things that are more important are the things that I got from Islam. 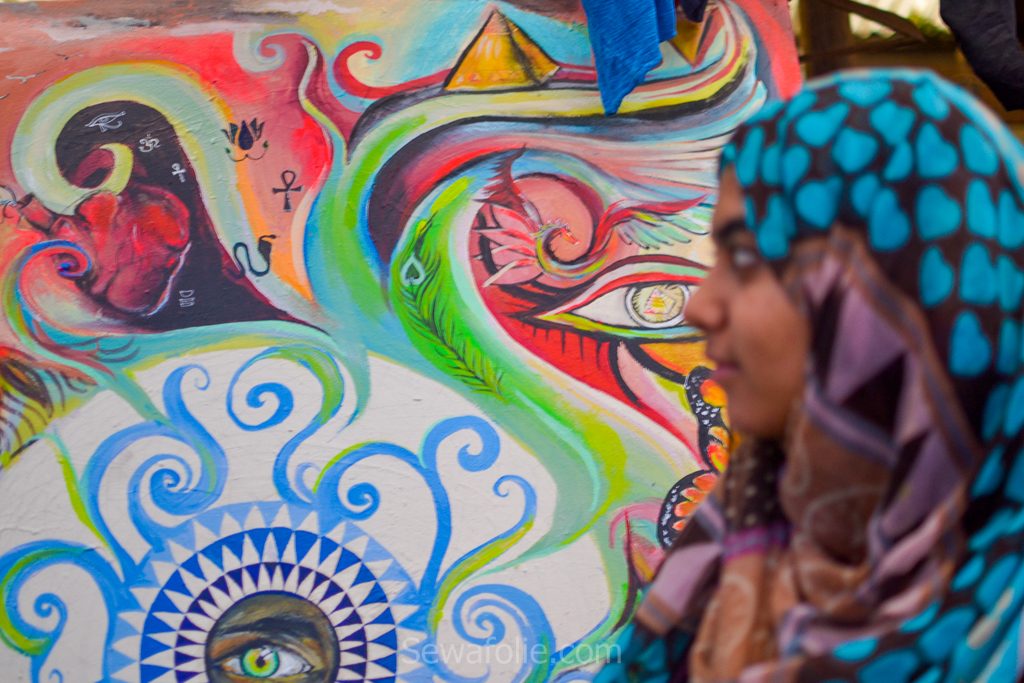 S: I would love to know more about your project, Veiled Curiosity. What inspired it?

H: I was having a battle with the head scarf, and how people react to it, after the bombing and things that happened in Paris, there have been stories of women wearing the head scarf being pushed in trains. I have a few friends who messaged me to be careful and aware, and they’re scared to leave their house. The fact that someone will judge another for what they wear is disgusting.

I know super women who wear a headscarf, and super women who don’t wear a headscarf, and it’s just something that’s personal to me and it bugs me. If I can have any power in the world to make someone think twice, or question what somebody is like just by seeing what they wear, then I’ll do everything in my power to do that. And I have certain skills so if I want to change the world, it would be with my creativity and I want to use them not just to paint pretty pictures but to change how people think about the world. I feel like if I have power in any aspect of that, it would be this (the project). Everyone who meets me, they’re like oh, you’re not how I thought someone will be who follows Islam or wears headscarf and you’re doing all this different things, and you’re not just a housewife and they seem shocked. They don’t know that there are doctors, politicians, musicians, and people in every field of life doing amazing things and are full of love and full of life.

I want people to know that. So I’m doing this project. 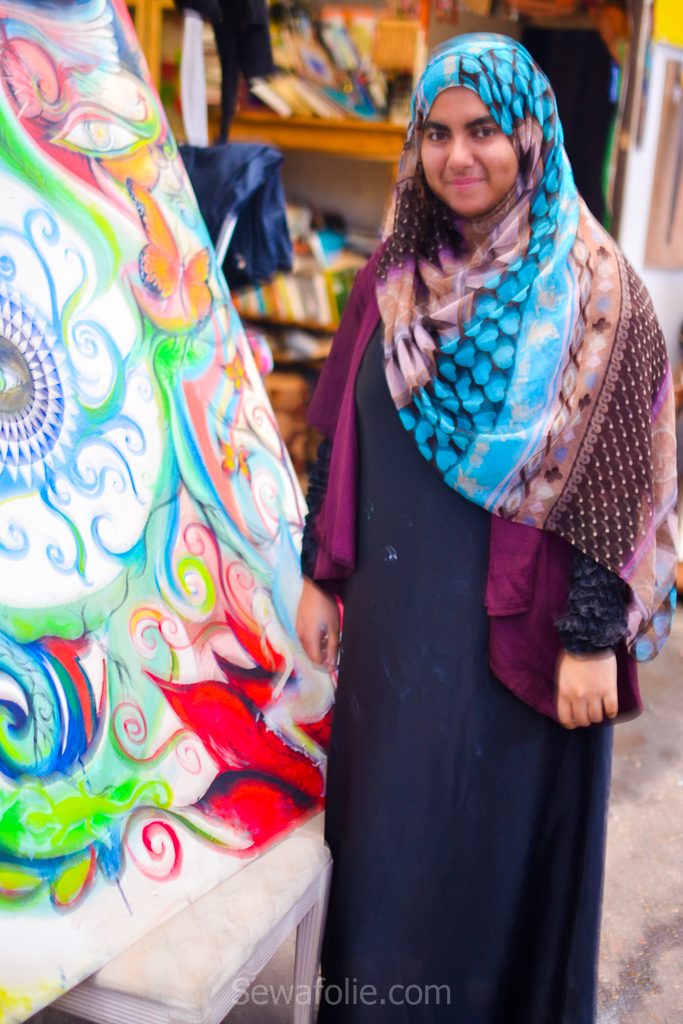 I’m taking pictures and trying to capture moments of women who wear a headscarf and are doing great things and accomplishing things in situations that people wouldn’t expect of them. For example, I’ve climbed mountains with this headscarf, I’ve swam in oceans, and done amazing projects, but people wouldn’t know it by looking at me. I think if someone looked at me, they’d guess wrongly that I’m a housewife, but I’m the furthest thing from that. So, yeah, I want people to question their assumptions. Some people can do amazing things. No limits!

S: Where can we find/ learn more about the project?

H: We have an Instagram page called Veiled Curiosity , and we’ll be starting a blog soon. So if you have any pictures, seen anything interesting or have any ideas, we’d love to hear from you. 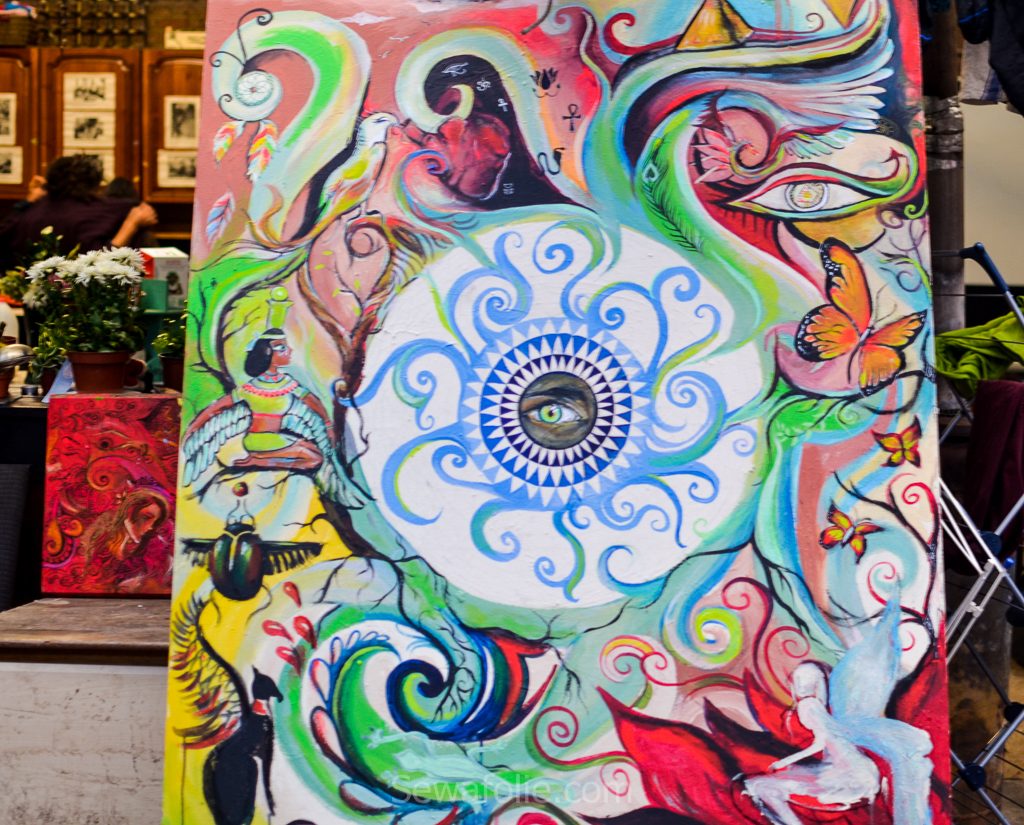 I’ve certainly learned a lot about Husna and her views on religion and Islam. It’s always been a passion of mine to learn new things and discover views of others that take me out of my bubble. Honest and open conversations like this are what makes people from different backgrounds or cultures connect and grow as beings.

Having conversations like this is the inspiration behind the VSM( Voice & Soul of Millenials). It’s great that thanks to the internet, we can now all share ideas across geographical borders and landscapes. So if you ever feel alone in your thoughts or beliefs, know that there’s someone else like you out there. The mission of this series is to bridge that gap, connect like minded people and inspire others.

We hope Husna’s passion for her religion and life has helped to somewhat illuminate your path or passion to find yours.

She’s a millennial, a voice of our generation.

Would you like to be a part of this series? Drop me an email at sewafolie247@gmail.com or use the form below.