My trip to Nice was a chilled one. It was a really hot day and I was glad. Leaving the unpredictable Blighty weather was a welcomed break!

I and my friend hopped on the train from Menton to Nice which was a short 20 minutes ride or so. Our first mission after exiting the train station was to the high street for some retail therapy. Oh…. what else where you expecting?

I kid, but my friend had to find a gown for her leaving ball at her University so I gladly accompanied her but also bought an item or two for myself in the process 🙂

The dress I bought from the hnm in Nice.

I took in the sites all around but it actually wasn’t what I was expecting. It is so different from London. Nice still has that ‘old’ historic feel unlike London’s modern hustle bustle feel, if you get what I mean.

I was also fortunate to indulge in the local speciality- Socca. A pancake sort of dish, but instead of  flour, it is made with chickpea. It was delicious! However, when I decided to adventurously try it with syrup instead of the standard pepper, the hostess of the restaurant I was at decried- Sacrilege! How dare I tamper with their cultural norm? lol, it was funny but she finally gave me some syrup but I must say it was better eating it the traditional way with pepper. A girl just had to try some other tastes right?

A visit to the park- Place Masséna.  It was huge and the open space was so inviting.

We climbed  long winding steps which seemed to be never ending to get to Vieux château de Nice where the castle is situated and we could see a magnificent view of the lovely city below.

That evening, after having a lovely home cooked dinner with my friend and her friends, I explored Menton in the dark.

Lovely view from one of the terraces on the mountain. 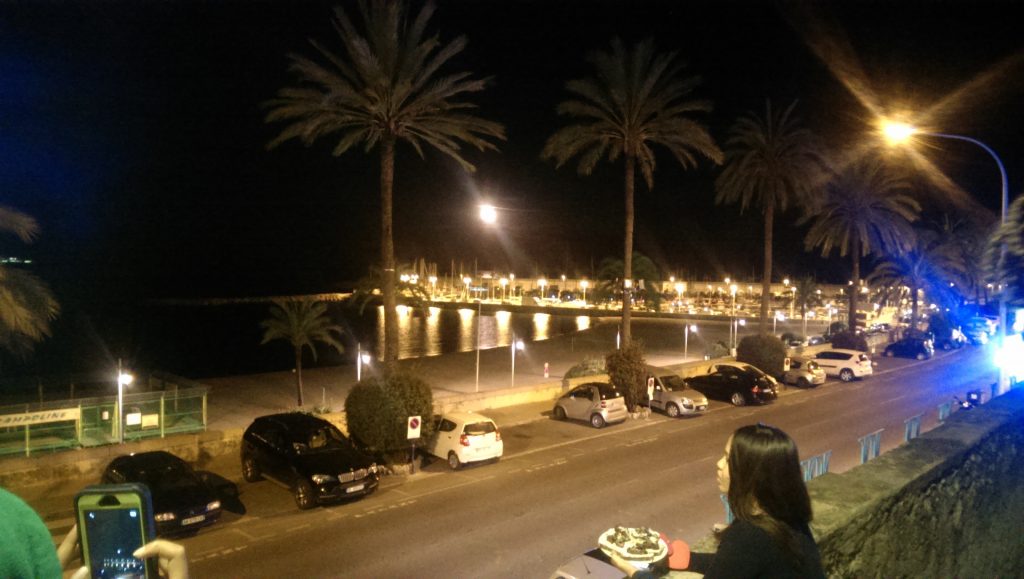 Incredible view of the coast from the cemetery. We were scared to go in at that time of the night and usually the cemetery would have been locked up by the time we got there, but because we found it open, we took it as a sign to go in and explore. 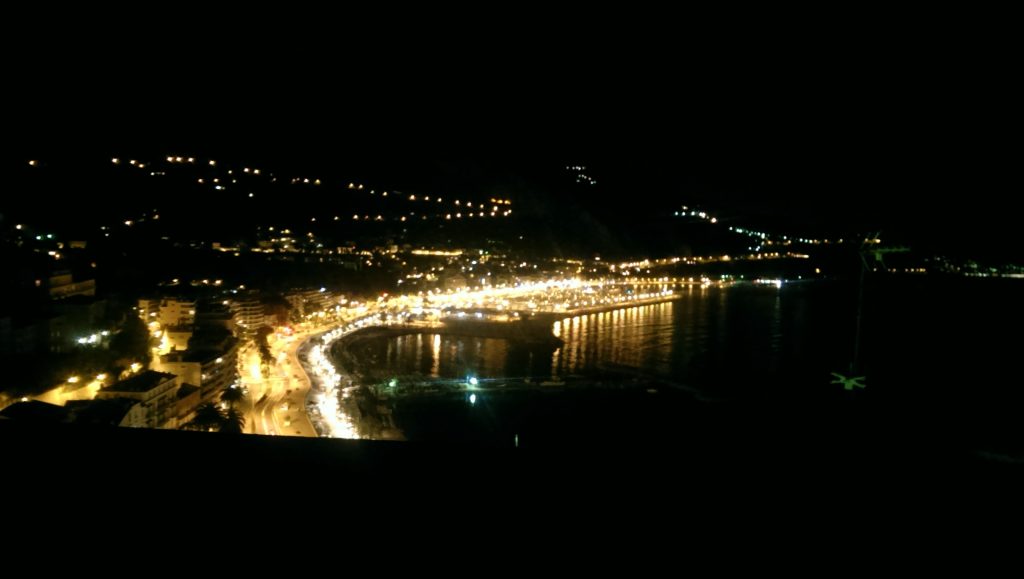 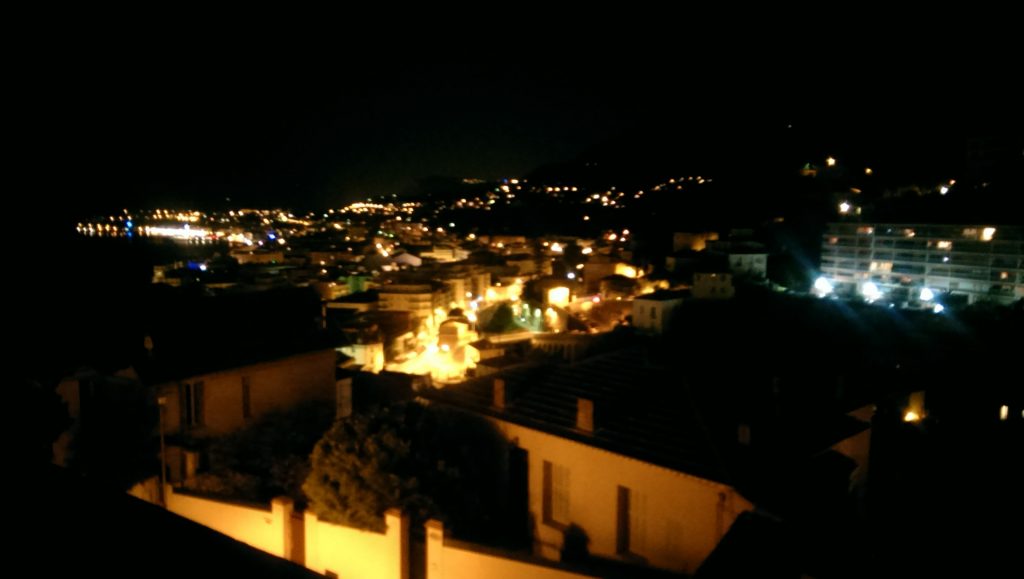