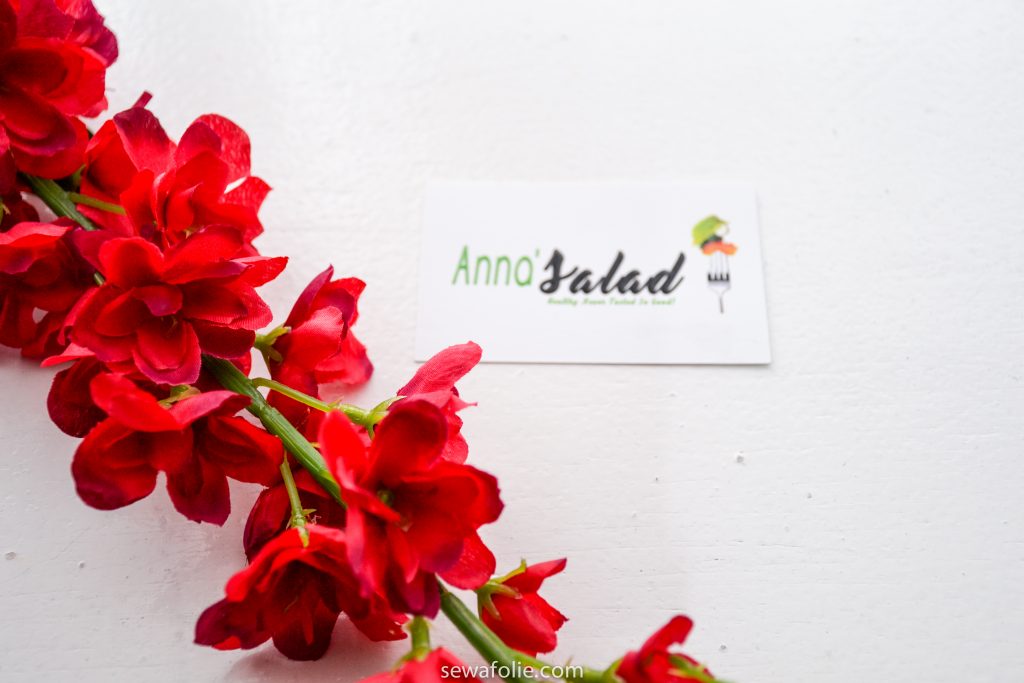 If you’ve been following my journey, then you’d know that living a healthy lifestyle is something that I’m all about. However, I was that kid that grew up never eating her vegetables, but in 2012 I decided to change my eating habits, and I haven’t looked back. Yes, sometimes I do fall off the metaphorical band wagon, but I try just as quickly to jump back on.

Last year, I was doing so much at once that I had to sacrifice something, and unfortunately, exercising  regularly and eating healthily took the fall. However, with the new year, I decided that surely, my health is more important, so indeed I’m back on that band wagon.

However, I’m not a salad loving girl. I can eat stir fry for days, quinoa, lentils, oats, whole meal foods and what have you, but salads have never been my thing. I’ve tried in the past to make my own kinds that I’d love, but it never lasted for long. So when I was contacted by the lovely people at Anna Salad, I was a bit sceptic, but you know me, I love to give things a try over and over again. So I agreed to try their salad which they claim as “Healthy never tasted so good” So I thought, why not?

I received their seafood salad last Saturday and it came in this silver foil container. I was stunned by the size as I was expecting something smaller and when I opened it, I couldn’t wait to tuck in. 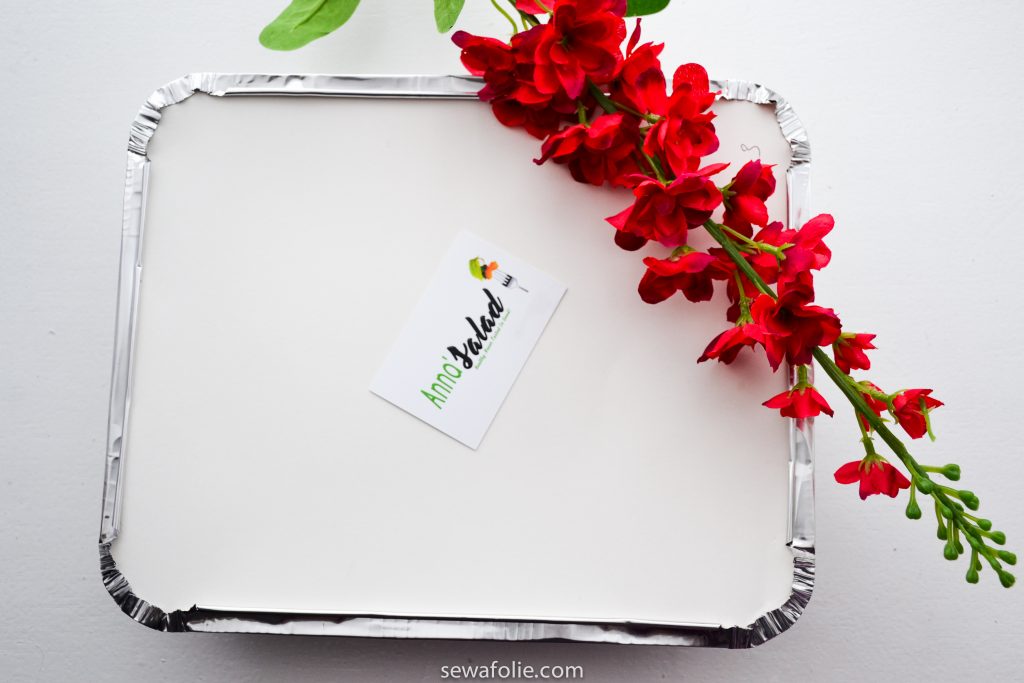 It definitely was unlike any other salads I’ve had and I was immediately sold. For a non salad liker, I had it with my dinner 3 consecutive nights and it retained its freshness and good taste.

Although I had it with grilled chicken on the first night, this is a salad that can definitely be eaten on its own. If you’re like me then having just salad leaves you wanting for something else so you usually have it with rice, chicken or any another side dish, but that is not the case with Anna Salad. 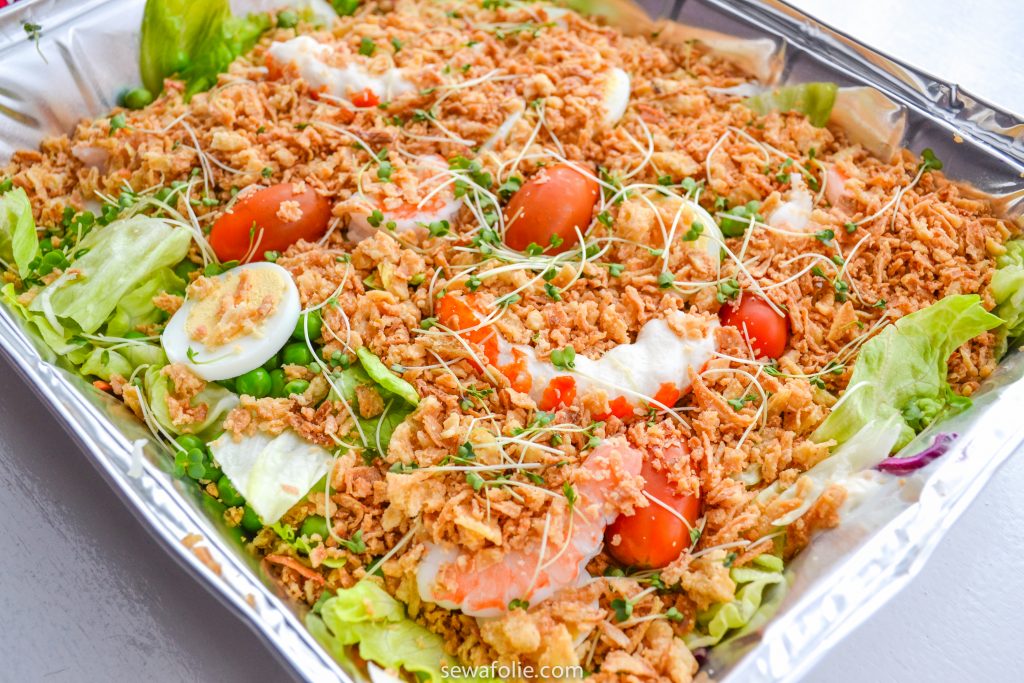 I found the taste some where close to what coleslaw tastes like, but with more veggies and less cream induced, it surpassed a coleslaw by miles. The one I had consisted of lettuce, cabbage, carrot, green peas, tomatoes, egg, jumbo prawns, onions(dried), more veggies  and seafood I fail to remember and had the dressing sandwiched between them. I’m very curious as to the recipe of this salad but I’me sure they won’t be handing over their recipe card any time soon, lol.

When I asked, the creator explained that it was a recipe she got from her mum that she then enhanced to what it is today. As most things do, she started off making the salads for friends and family during special occasions, but when the reviews started pouring in, she decided to make a business out of it! 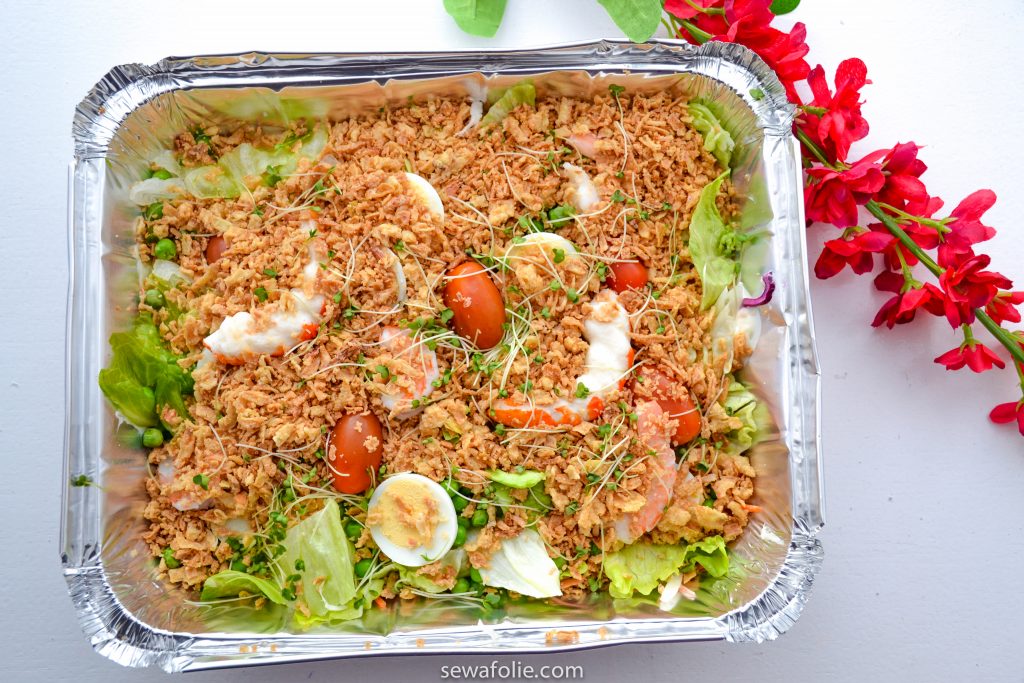 They now cater to weddings, bridal showers, corporate events, cafes and now to individuals like you and I. They have three major types namely:

This is by far the best salad I’ve ever tasted and I’ll definitely be ordering some in the near future.