If you or someone you know has taken part in the international study exchange program or ERASMUS, then you’ll know it’s usually described as one of the best experiences a student has in their educational journey. While at your adopted University, you get to meet awesome people from all over the world, have great experiences and perhaps even gain new perspectives on life. It was on such a journey that a good friend of mine met Tori; and after visiting my friend in Menton, and meeting some of her awesome friends, I learned about Tori and her inspirational book.

Tori Porell is a 22years young lady who recently graduated from Northeastern University in Boston with a degree in International Affairs. She grew up in America but currently works and resides in Belgrade, Serbia. A few years ago, she travelled to Belgrade to do an internship with an organization called CANVAS (Center for Applied Nonviolent Action and Strategies). It was during her time there that she wrote a manual for activists called Plan B: Making Oppression Backfire, which is about how to deal with governmental repression and make it a productive part of strategy. The book has been published and distributed in English, Arabic and Spanish to activists around the world.

YAMI was born out of the numerous young creatives that I’ve been awed by through personal interactions and social media; and Tori is one like no other. As a writer myself, you can perhaps imagine how curious I was to hear her story. 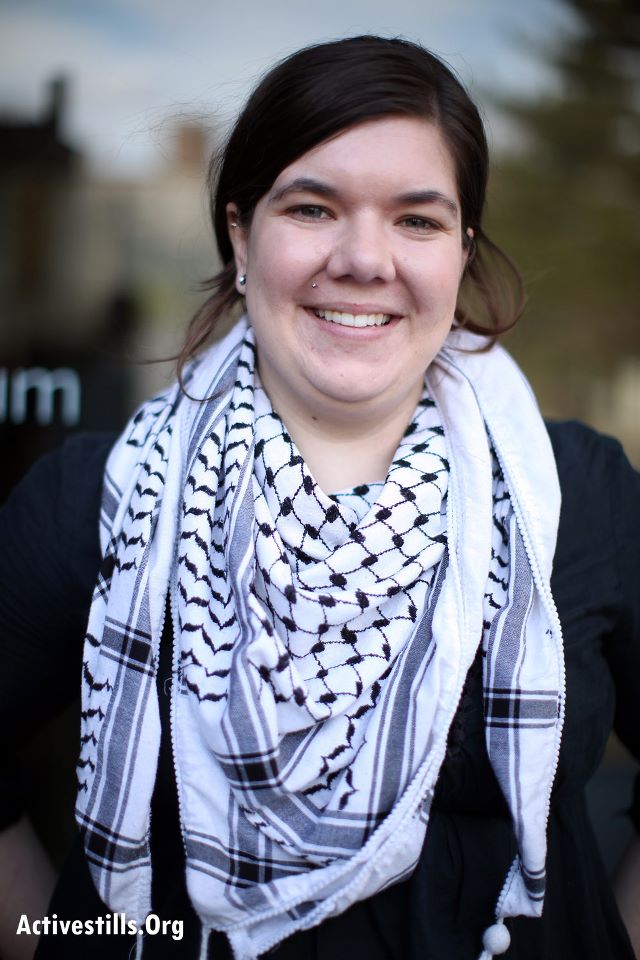 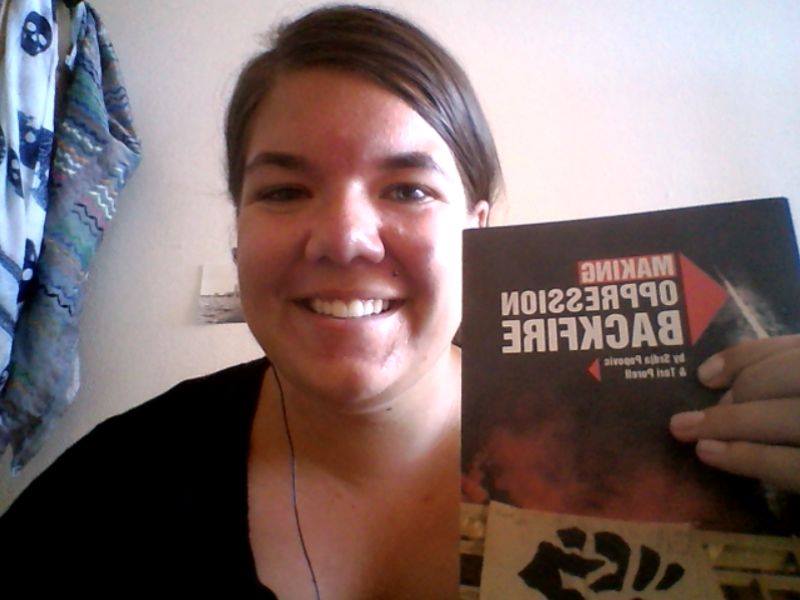 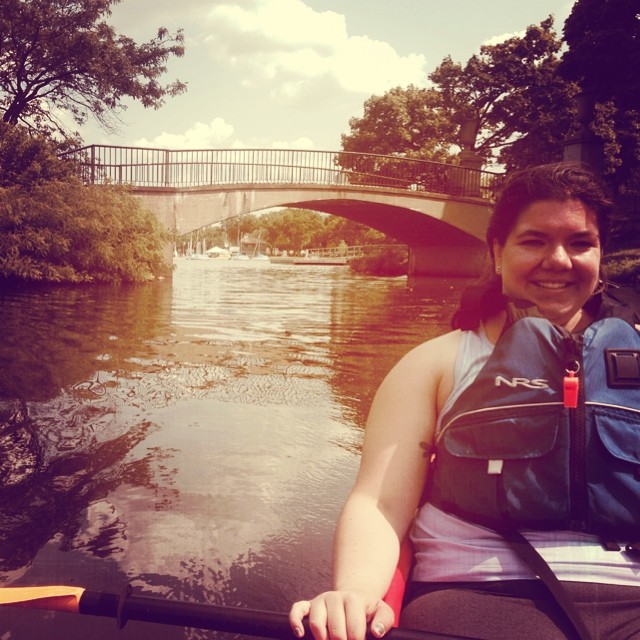 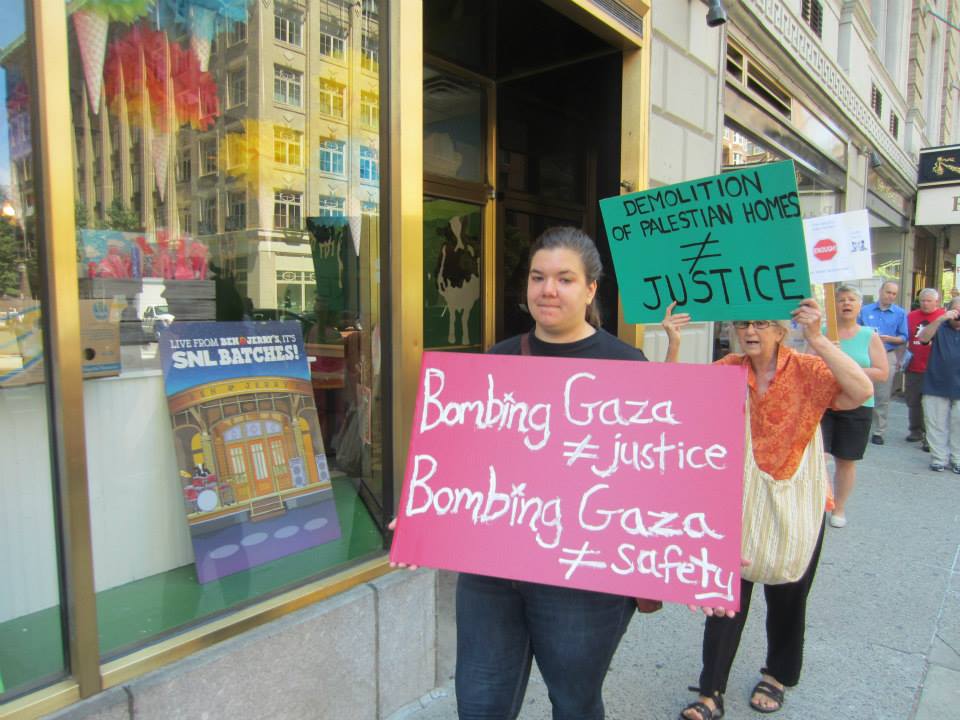 S: Hello Tori, can you please tell the readers what you’re doing at the moment?

T:  I currently live in Belgrade, Serbia and work for a small NGO called CANVAS (Centre for Applied Nonviolent Action and Strategies). The goal of the organization is to spread knowledge about nonviolent social movements to people who are fighting for democracy all over the world. My role as Program Officer is to help spread our message of “people power” by managing our publications and helping to coordinate trainings.

S: You seem to travel a fair bit. Would you say you identify as American?

T: While my origins are American, I definitely wouldn’t say that I identify as American. That label just comes with too much negative baggage these days.  I’m not too keen on being associated with a ridiculous government that I don’t support most of the time. As cliche as it sounds, I would say that I identify more as a citizen of the world, since I’ve spent most of my adult life living abroad.

S:  Have you always known that you wanted to write a book?

T: I didn’t always know that I wanted to write a book and, in fact, I’ve always been more attracted to hands-on projects than to writing. I was doing one of these hands-on projects by taking a semester away from school to do an internship at CANVAS when my boss, the director of the organization, came to me with some ideas for a book. He knew about my background as an activist and getting arrested and such, so we decided to meld our experiences and write a book to help other activists dealing with governmental repression.

S: The topic and message of your book is quite a strong one. What inspired you to write such a book and how long did it take for you to complete it?

T: I have been an activist for a very long time and feel very strongly that collective, grassroots action is the best tool to change the world for the better. Whether it is overthrowing a dictator or fighting for women’s rights, I believe that there is no change that can’t be accomplished by a group of committed people working together to challenge institutionalized power. This is something that I definitely want to be able to share with as many people as possible, especially with those who are in much more serious circumstances than myself.

The writing of the book was actually a pretty quick process of about 2-3 months. However, what came after, the editing, designing, fact-checking, and publishing, took much longer. It was about 6 months before we got funding to publish the first edition (which was actually in Arabic) and then another 6 months before the English version came out. Now it is available in Spanish as well.

S: Wow that’s impressive! What languages can you speak?

T: I grew up around Spanish, and can understand, but can’t speak very well. I learned French in school and have lived in France and Switzerland, so I can get by with that. Also, I began studying Arabic in college, and have really been trying, but I’m a bit hopeless at it and after five years I can only have a broken conversation. And now I’m living in the Balkans, and again I am really trying, but my Serbian is pretty pathetic. 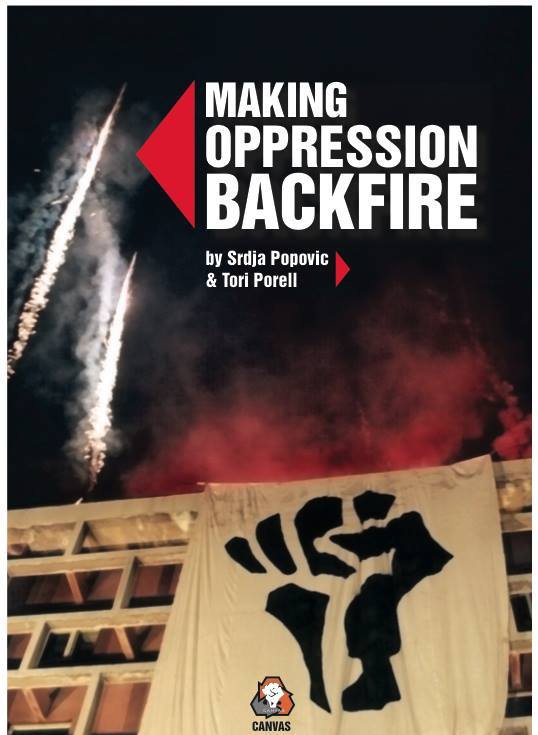 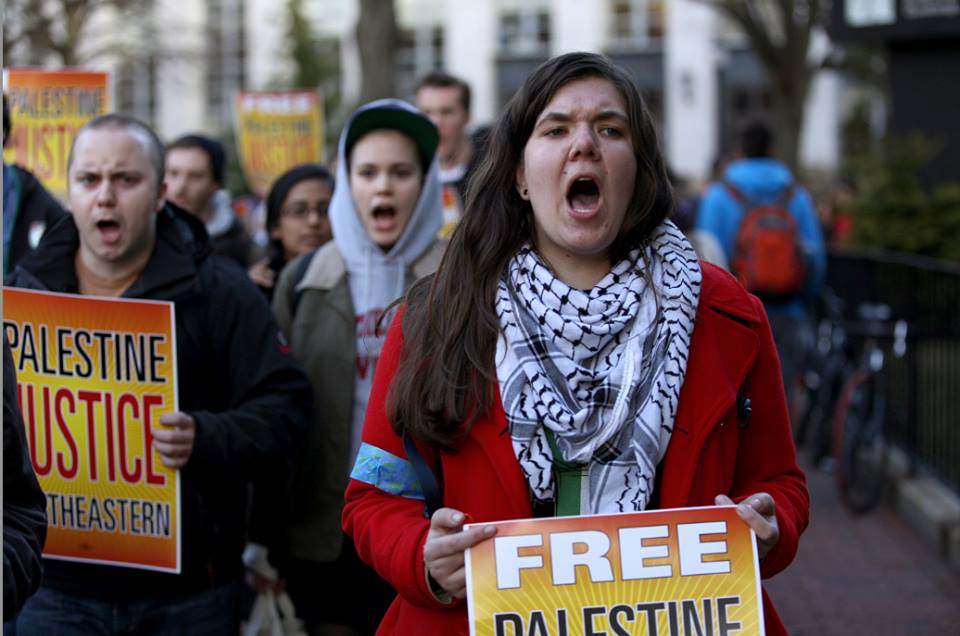 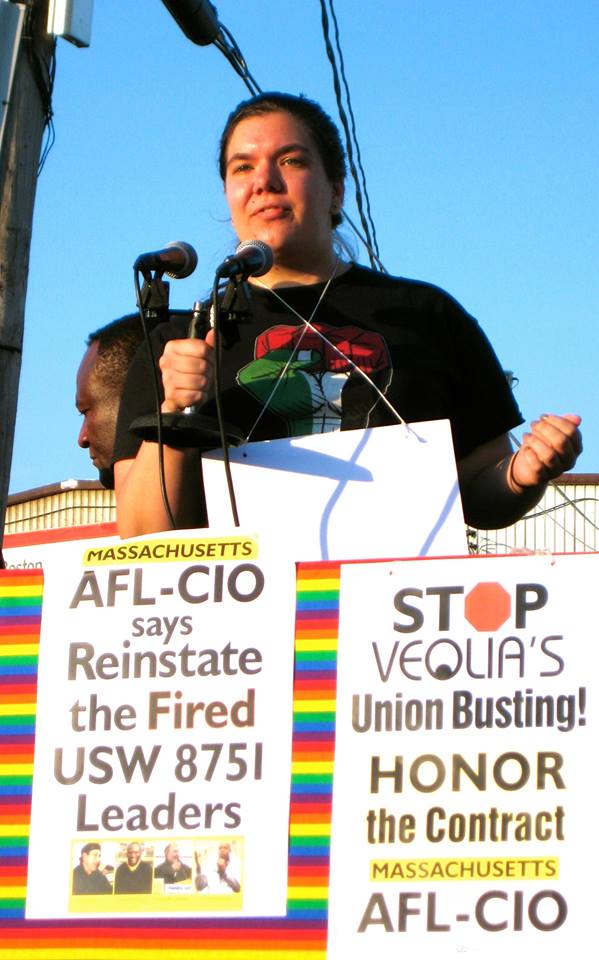 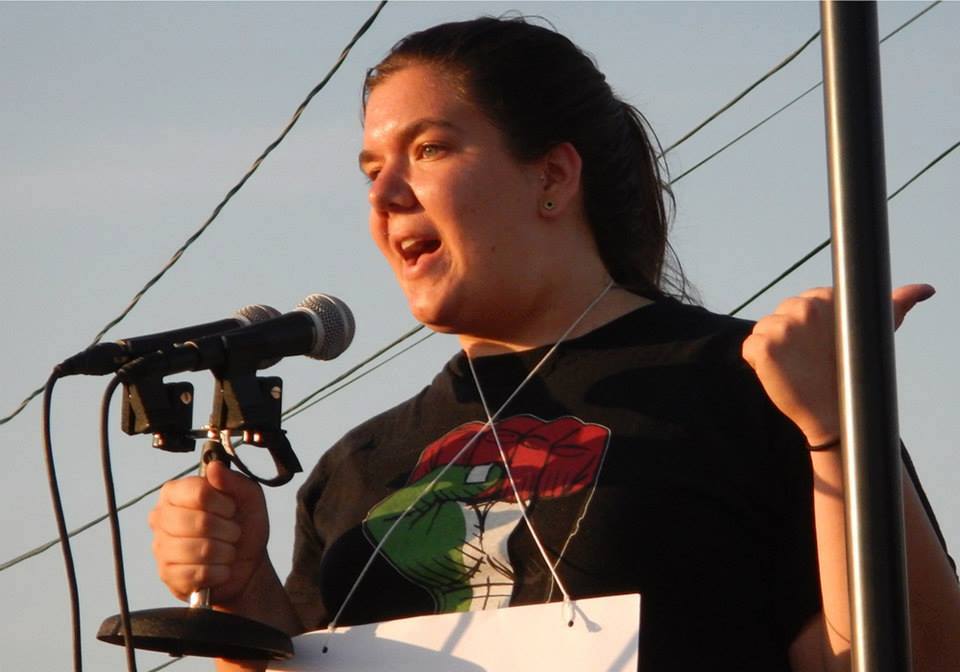 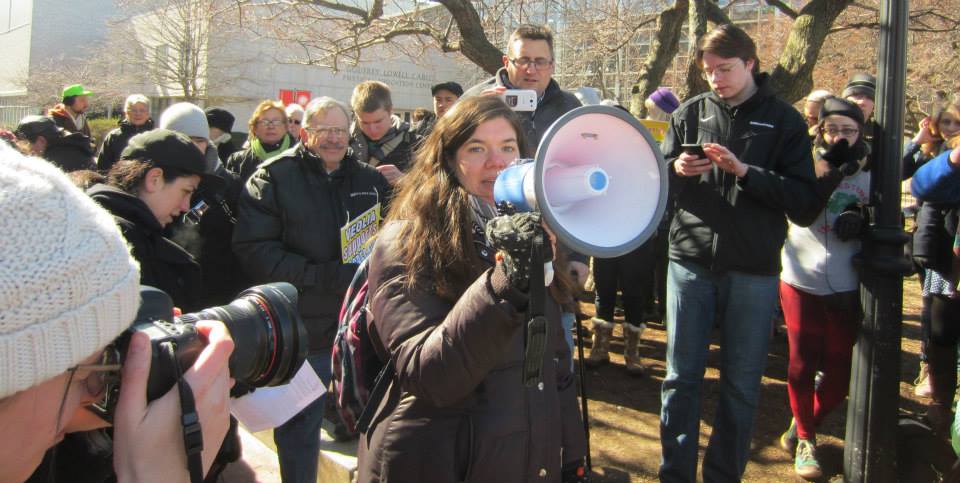 S: Do you think you’ll be writing more books in the future? If so, will you stick to the same themes or branch out and even consider fiction writing or storytelling?

T: I can definitely see myself writing more books now. I really liked writing a book that was accessible for people and not super academic or complicated. I would definitely like to write more books like that on the same kinds of themes as this one. And about fiction, I think I need to have some more cool experiences before I write down some of my stories, but that’s also something that I would like to do one day.

S:  I’m sure getting a book published is quite competitive and a laborious process, so how did you go about getting yours published?

T: Since I wrote the book while I was on my internship at CANVAS, I luckily had the rest of the organization working to get it published also. Once we had the text done, we worked with a graphic designer to make it actually look like a book. Then we applied for grants and contacted donors who may want to help publish the book. From the start we knew that we wanted to publish it independently and that it wouldn’t be for sale. We just wanted to make sure it got into the hands of people who could really use it the most. That is also why we have translated it into other languages, in order to reach people worldwide.

S: What was the most challenging feat you had to go through to get your book finally out there?

T: The most challenging part was convincing donors that this book was something worthwhile to fund. With such a limited amount of resources out there in the NGO world, we had to convince people that this book could really have an impact and help people in a measurable way.

S: What did you enjoy most about writing this book?

T: I really enjoyed the actual researching and writing part of the book process the most. It was really fascinating to look into different case studies from around the world and learn from the stories of activists fighting for all kinds of things. I loved finding the similarities between movements that I had never noticed or considered before.

S:  I know Gustave Le Bon wrote a book ‘The Crowd’ on collective action, although we now know his ideas were wrong; did you look at any top researchers in the field of Psychology or any of the social sciences for theories or important things to note when protesting or being an activist?

T: I didn’t really do any academic research for writing the book or in my work helping to train activists, because we want these skills to be as practical as possible. It’s important that people don’t get too caught up in the theory of social change and see it as some huge thing that you must have a certain kind of power and influence to make happen. Anyone is capable of bringing about social change and no one knows better than people themselves what that change should look like and what kind of communities they want to live in.

S:  What will you want readers of your book to take from it?

T: I would most like for those who read my book to actually go out and use the strategies and tactics written in it. While the book focuses on repression, even people who live in countries where government oppression isn’t as intense can find ways to challenge the status quo and make things better. In the book I talk about how repression of activism is actually something that you can use to win support, make the authorities look bad, and ultimately achieve your goals.

S: Is the book only available online or are there hard copies?

T: There were hard copies when we had funding, and they were given for free to activists and supporters of the project. But they’ve all been distributed now.

S: What did your family and friends think about your book?

T: My family was really proud to see my name in print, even if they are not super into the subject matter. My parents aren’t exactly the protesting types, but I think they were still happy for me. My friends thought it was really cool and since so many of them are activists as well, I hope they would get some real use out of it.

S:  I believe a YAMI to be someone who is fiercely and fearlessly pursuing their passions. From your experience, what advice would you give a young person who’s trying to write a book or get an already written book published or out there?

T: My advice would be to find the people who care about what you are doing. Whatever the niche your book or idea for a book fills, find the people who also care deeply about that thing and let them help and guide you.  And you don’t have to be dependent on traditional publishers, since today it is actually pretty simple to self-publish your work!

I hope anyone who’s read this interview with Tori has been inspired by her story and it’s perhaps sparked something in you to pursue your dreams passionately and fearlessly. I believe her inspiration is twofold in that she’s now a published author as well as championing a great cause for fellow activist and for that reason she’s a YAMI to be reckoned with!

Her book is available for free online here – http://canvasopedia.org/images/books/mob/MOB_English_May2014.pdf

I’d love to leave you with this little wisdom from Karl Marx, the great Sociologist and Philosopher. He described four main ways in which man is alienated in the domain of work due to society’s structure. He enthused that man is alienated from the object he produces, from the process of production, from himself, and from the community of his fellows.

However, I believe that in this regard, the young creatives that are featured in the YAMI series, by steering their own directives in life and work, surpass this alienation of men.