It’s not everyday you experience the beginnings of greatness right before your eyes; but that’s just what happened when my University buddies announced they were going to set up a charity to help young orphans in Ghana.

Both millennials who originate from West Africa- Nigeria and Ghana to be exact, were so passionate about their project that they couldn’t wait any second longer. Not heeding familial advice to wait till graduation, they carried on with their plans to do as much as they could in the present moment.

It’s been over a year since these philanthropists began their work, and the impacts they’ve made in the children’s lives are evident from their first visit to the present. 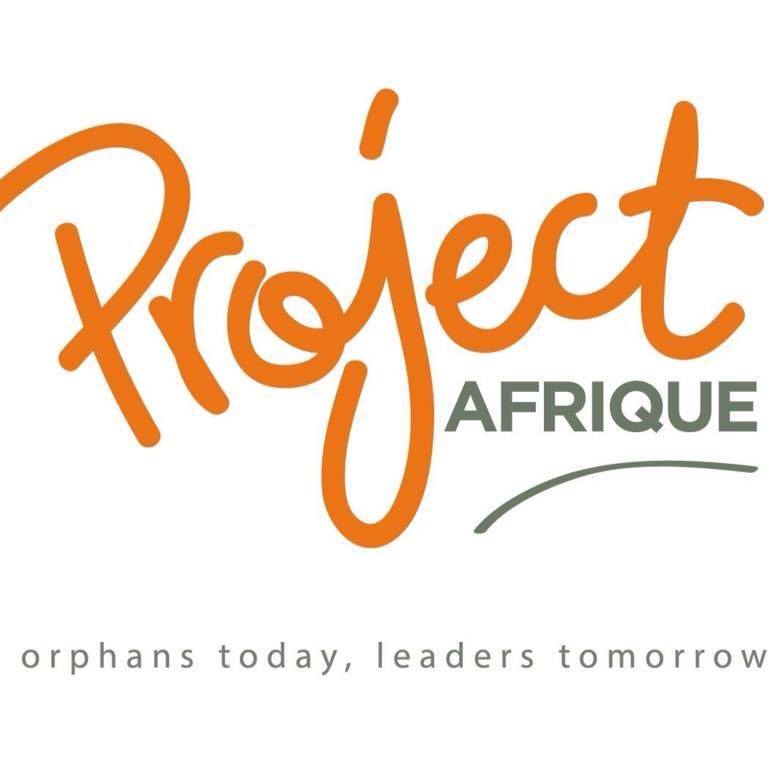 S: What inspired you to start your own charity for orphans?

T: I’ve always wanted to own a charity that work with orphans and disadvantaged kids, especially back home. Due to my personal childhood experiences, I want to help kids going through similar experiences. So I was talking to Bernedette one day and wondered why we couldn’t just start it now. While I was away in America, I saw the Spelman girls doing things they were really passionate about at a young age. Usually, people say they’ll do it when they are older but I thought why not just do it now because when you’re older and begin to have kids, you can’t do some of those things anymore.

So seeing all these girls doing these things, I thought, Why shouldn’t I do it? So that’s how it came about. Although it was something that I’ve always wanted to do, the way it happened, it seemed so sudden and I’m happy we did it. 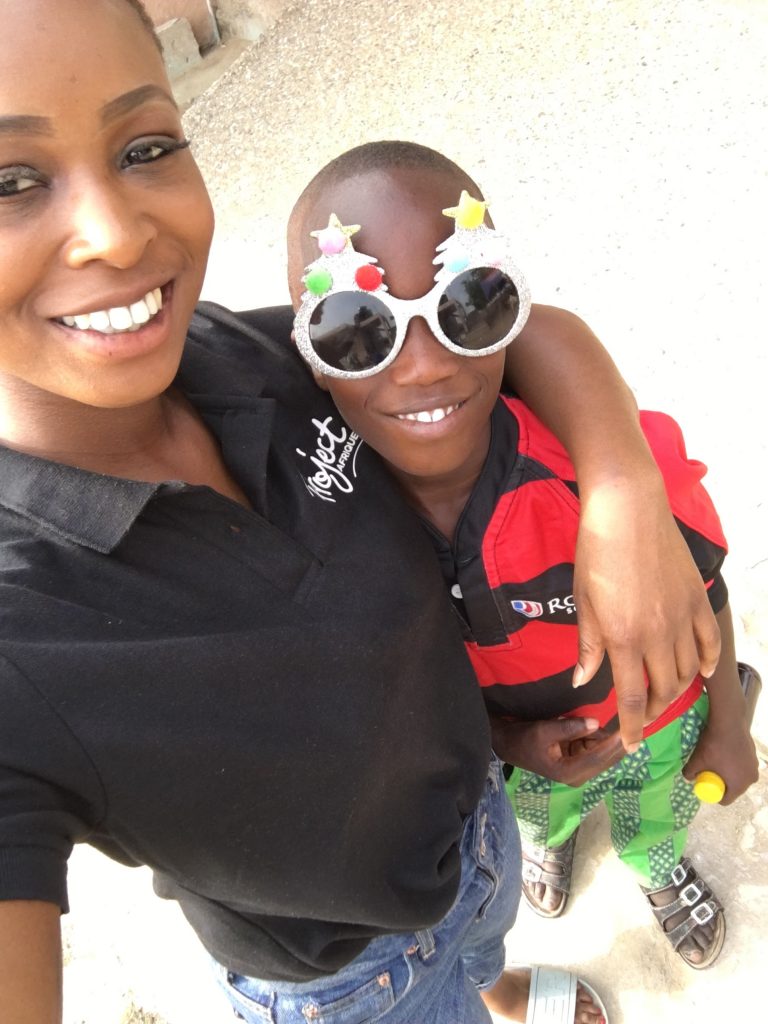 S: What made you interested in joining forces with Tayo?

B:  When she came back from America, we were having a discussion and she was very passionate about how the girls over there were following their dreams from a young age. So I thought why not, I would support her. And my mum’s got a nursery already so that was it. 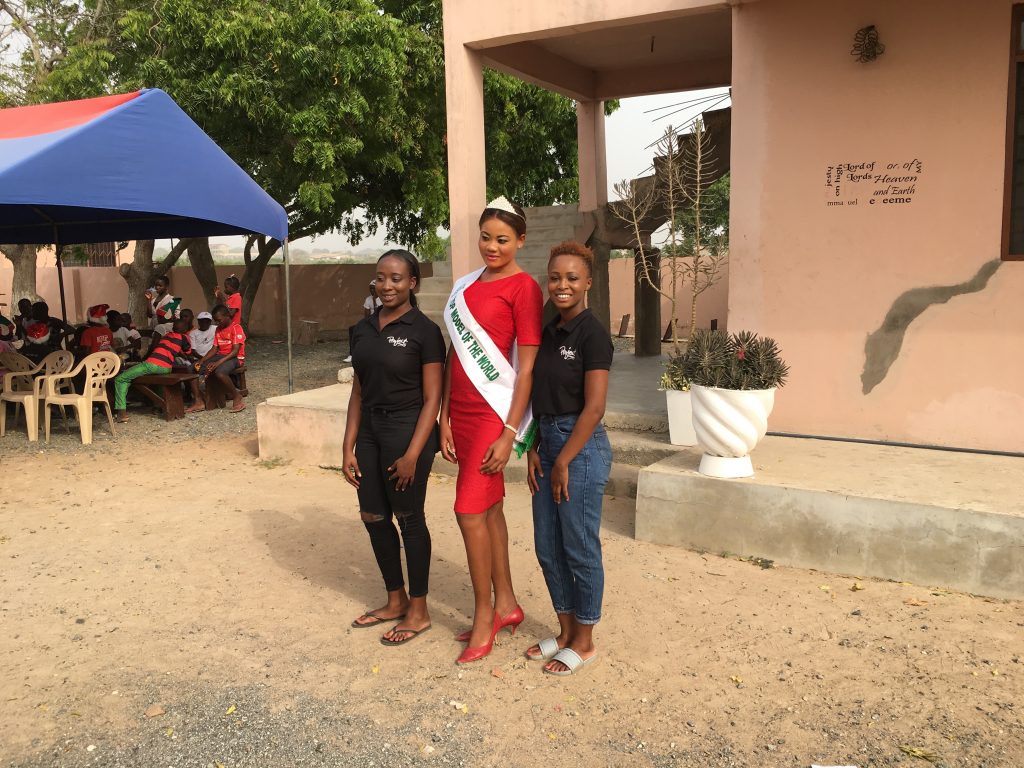 S: But was this something you had also had in mind to do already?

B: To be honest, it wasn’t something I had planned to do, at least not then, but I was inspired by Tayo.

S: Why did you chose to establish the charity in Ghana and not in the UK where you’re based?

T: We’ll do it in Ghana and Nigeria, but the reason why I haven’t done it here(UK) is because I’m very passionate about my country. I feel like it’s corrupt at the moment, and they don’t get adequate funds that they should. The idea was to help raise future leaders back home. I feel like here(UK), there are more opportunities already, And we chose Ghana and Nigeria because Bernadette’s from Ghana and I’m Nigerian.

B: So it originated from where we’re both from. One of the main things why we chose not to do it here is because we plan to offer volunteering opportunities so people from here(UK) who’ve probably never been to Ghana or Nigeria, but are from these countries can go back and see what it’s like.

T: I feel like it would be nice for people here(UK) to go back home and see the kind of life people back there are living- it’s not stinking poor! Then you can feel inspired.

Some volunteering schemes we have over here(UK) are just extortion and I don’t feel like they are as passionate about raising leaders. It’s mainly about feeding the poor but that only is not going to work. Or, like you build them a school, but what are you teaching them? I feel like it’s sort of playing with the kids’ feelings.

B: When we go there, we’re teaching them lots of quality things. Like how to give quality presentations, and others, something to get them out of the situation they’re in because they have no one to do that for them. Not only are we going to build schools, but we want to teach them skills that they can get a job with and out of their current situation. 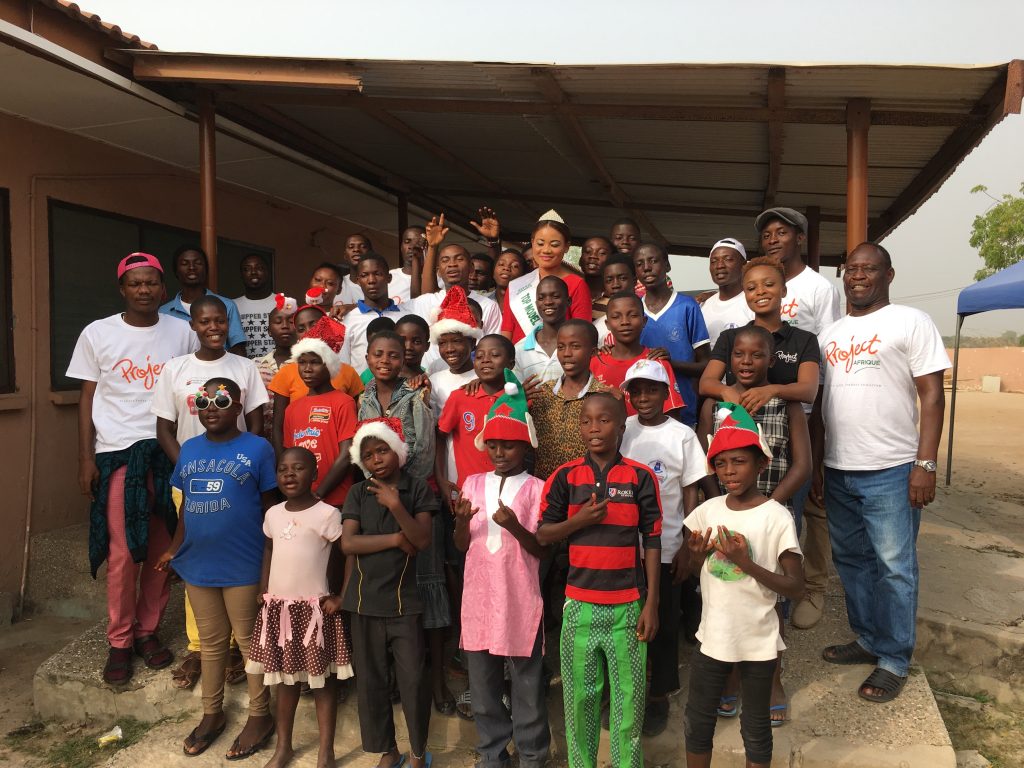 S: Is there a target age group for the orphans you’d work with?

B: Like in Ghana, age is just a number. So you could have someone that’s 18 years but still in year 3. So those kind of people still need help. 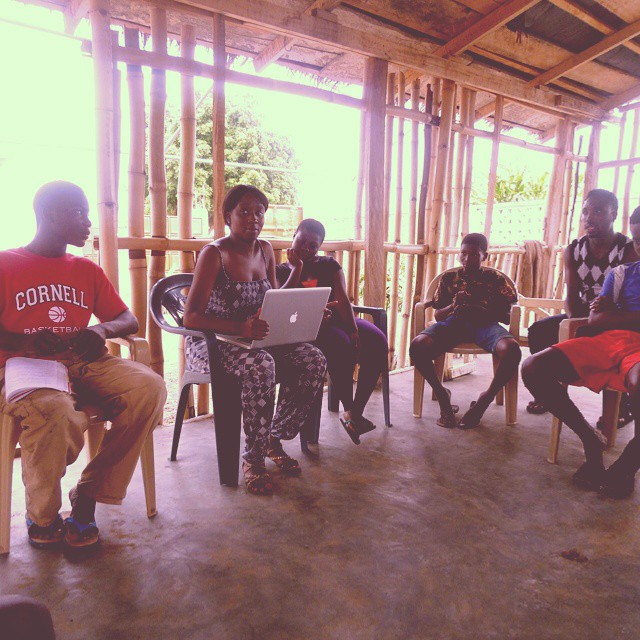 S: How were you able to connect with an orphanage to work with over there?

T: We did our research and found an orphanage we contacted. We told them that we’d like to work with them, but on our arrival, we found out that the kids there had good access to facilities and some luxuries, and even volunteers from other projects.

B: We wanted to help orphanages that were struggling, so we found one close to my family home in the Greater Accra region called Joshkrisdan Home of Refuge. They were going to school, but it was clear they had nothing much else, so we decided to work with them. 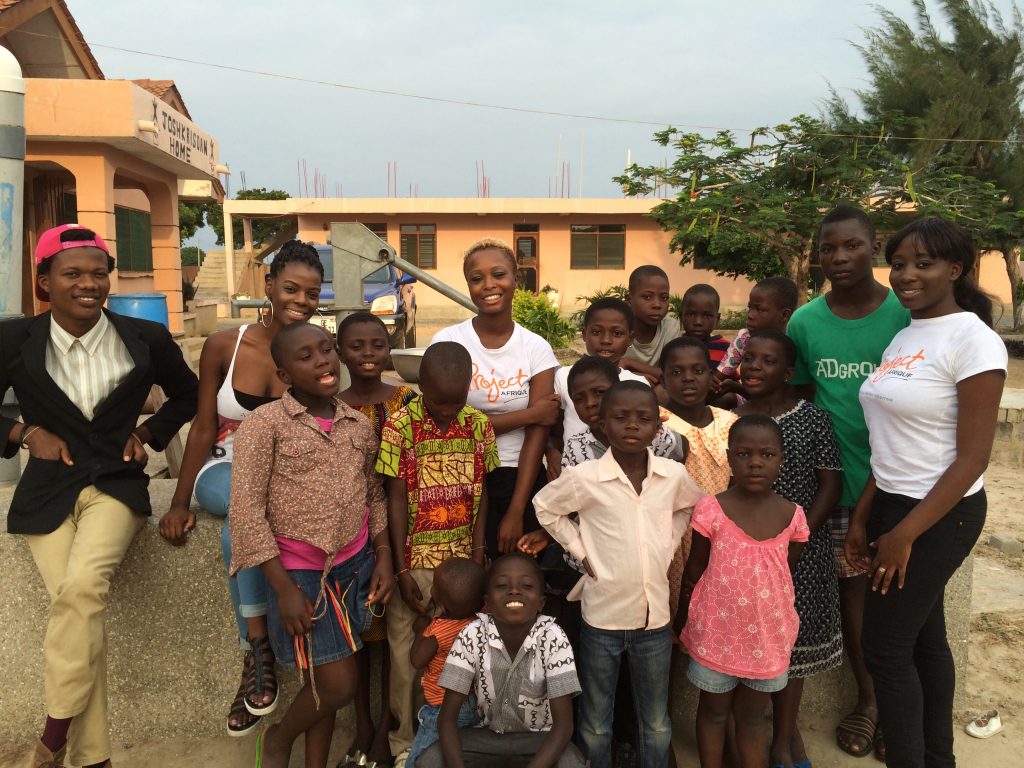 S: Do you plan on building your own orphanage in the future?

T: I want to build a school for girls but it won’t be specific to orphans. It would be aimed at helping girls who can’t go to school because of financial constraints so they don’t just end up becoming housewives or something less than they can be. 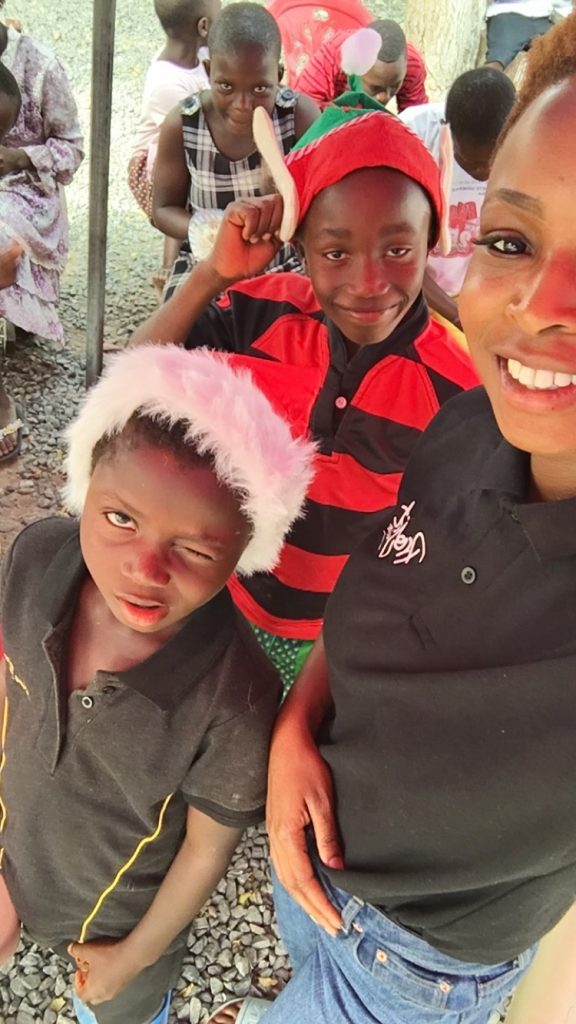 S: How were you able to fund the materials you provided to the orphanage in Ghana?

T: With the money we raised at our first fundraising event, we were able to stock things like 3 month’s worth of toiletries, clothes, shoes and other basic materials.

In the future, we want to start a sponsor a child through school initiative.

B: So many big charities say you’re sponsoring a child, but you never get to see the growth of that child. Whereas, ours is more like you go to see the growth made in the child, it’s there and tangible. You get to know who they are and get to have a relationship with them. 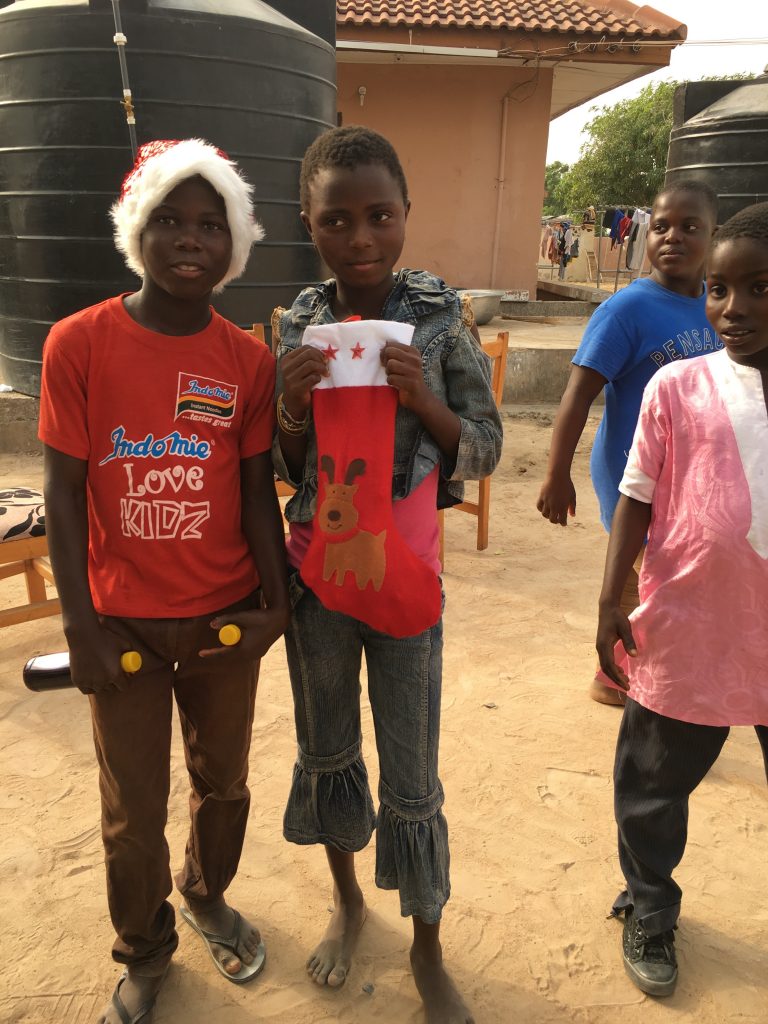 S: How did your fundraising event go?

T: It was stressful. We thought we weren’t making much money, a lot of people we expected didn’t come, but it was a learning curve. At the end of it though, we realised we raised a good amount. 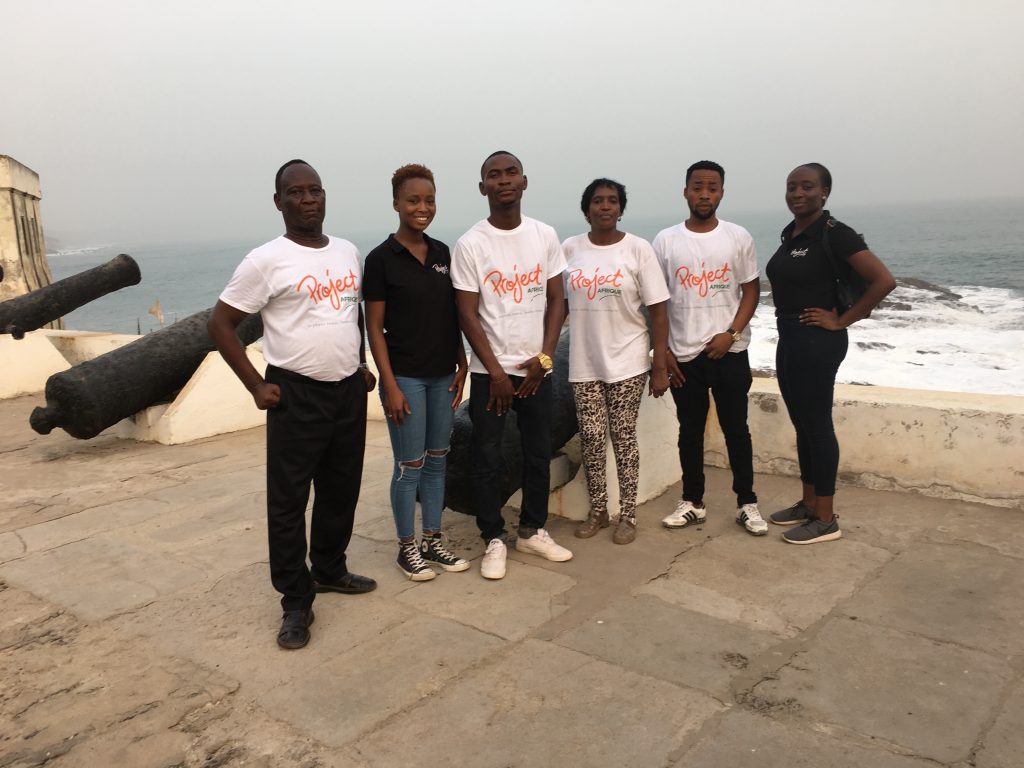 S: What sort of response have you received from your family and close friends?

T: My family think I’m very spontaneous because they love to plan everything to a T. But I’m not someone who plans everything. So they wanted me to wait till I was older, or finished with University, but I didn’t want to wait. They thought it was something I was doing on a whim, but now they see I’m passionate about it, they’re supportive and helped a lot with the fundraiser.

B: Mine are supportive. My mum’s in Ghana at the moment, and she’s been helpful when we visited the kids. 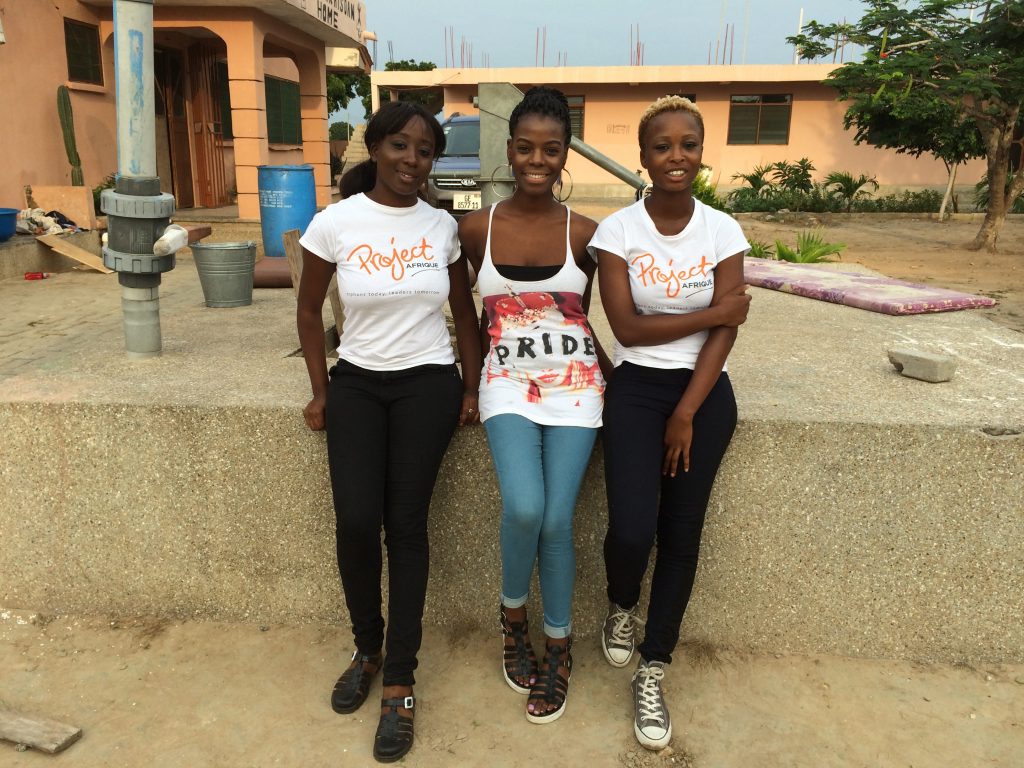 S: Have you had any challenges?

T: Definitely; even the first fundraiser was a challenge.

B: When you’re running your own project, people underestimate the work that you have to put it. If you don’t do it, things aren’t going to get done. But it’s a good challenge because it’s for a good cause. 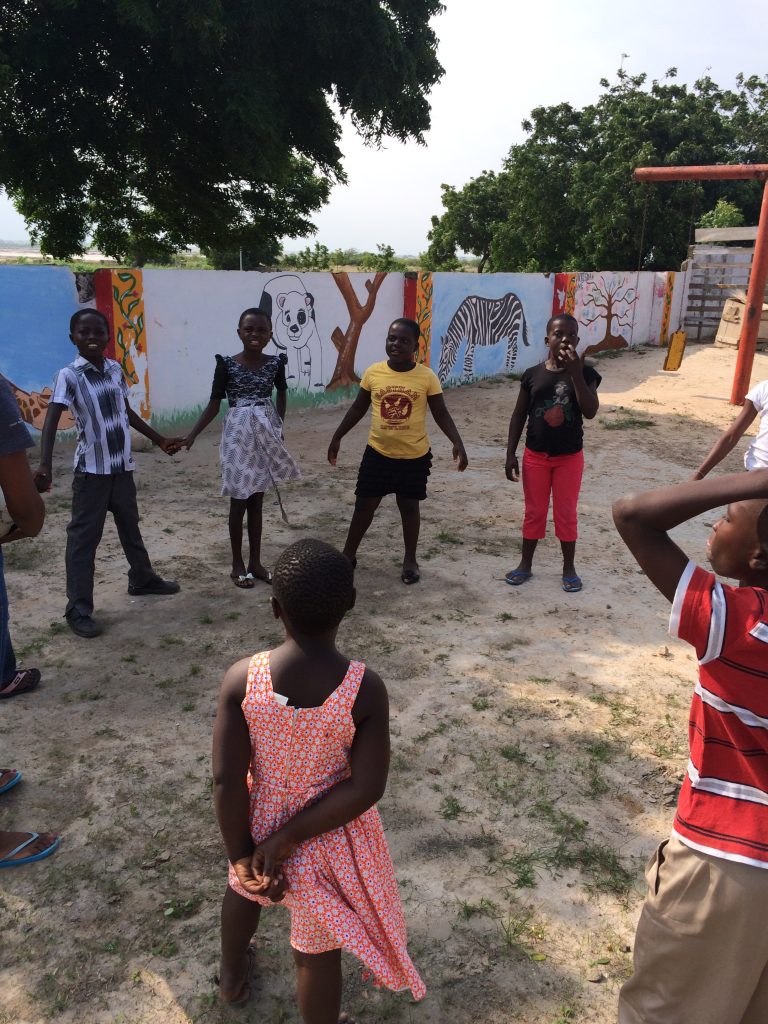 S: Were the children at the orphanage receptive?

B: They were receptive but were initially shy. However we could see that they were happy that we were there; and they were respectful.

When we started the classes, they were shy to say their name, or what they wanted to be or their ambition; but gradually we began to teach them the qualities of a leader and virtues, as well as quotes. Then at the end there was a presentation where they each talked about their qualities and everything they learned, and what inspired them. They were able to boldly say- I want to be a lawyer, etc and it was inspiring to see the growth.

They had it in them, but they’ve lost their parents so who’s going to motivate and push them? 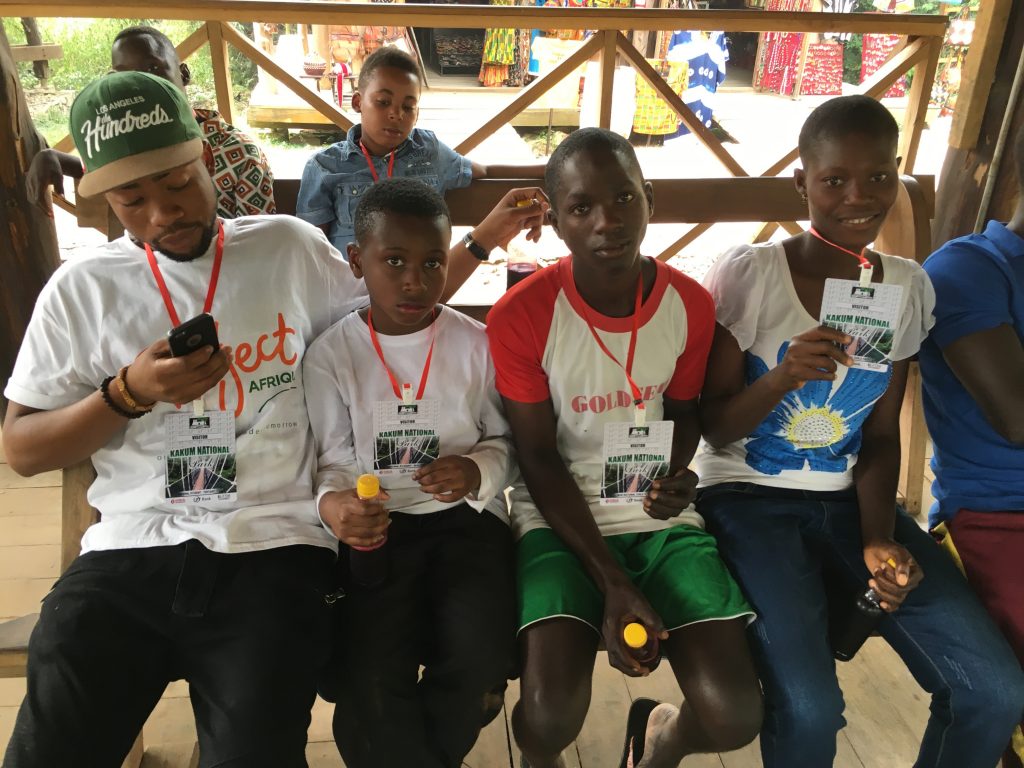 S: What was the highlight of your trip?

T: The showcase and party we organised for them.

B: The most important is our motto- Orphans today, leaders tomorrow. Meaning what you are today doesn’t necessarily determine your future. 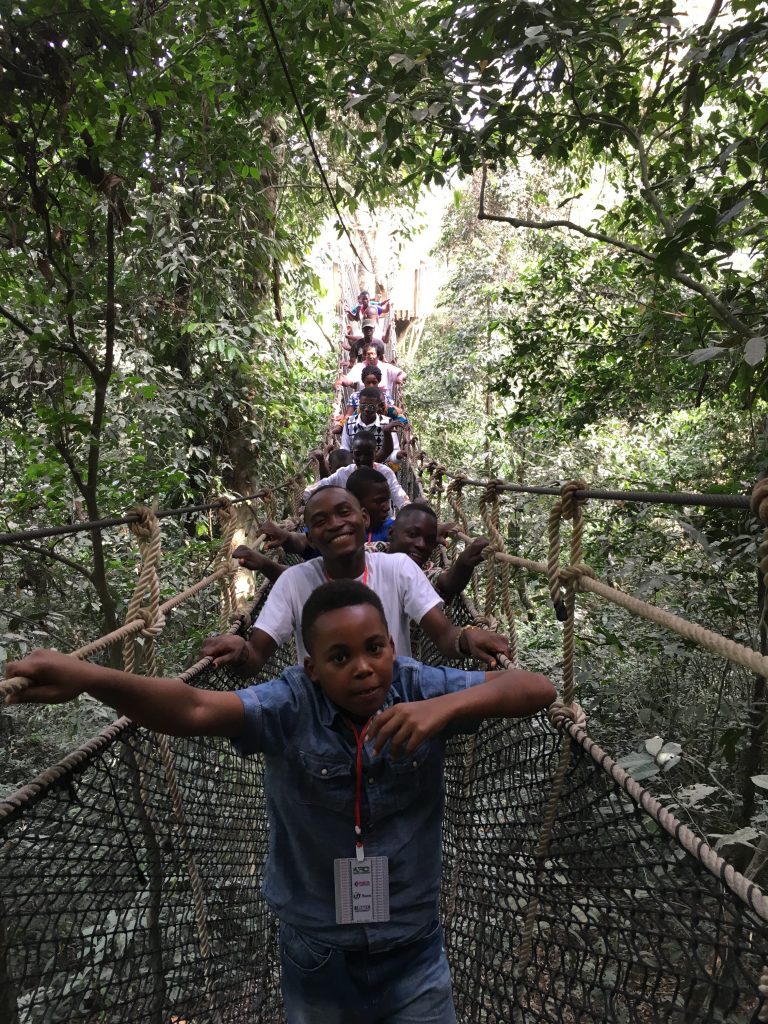 S: Where do you see Project Afrique in the next 5 years?

T: We would have a volunteer scheme to take people from here(UK) over there(Ghana). We’ll get host families and the like so they get the feel of what it’s actually like. It would be a very selective process to get those who are genuinely willing to volunteer for the right reasons. 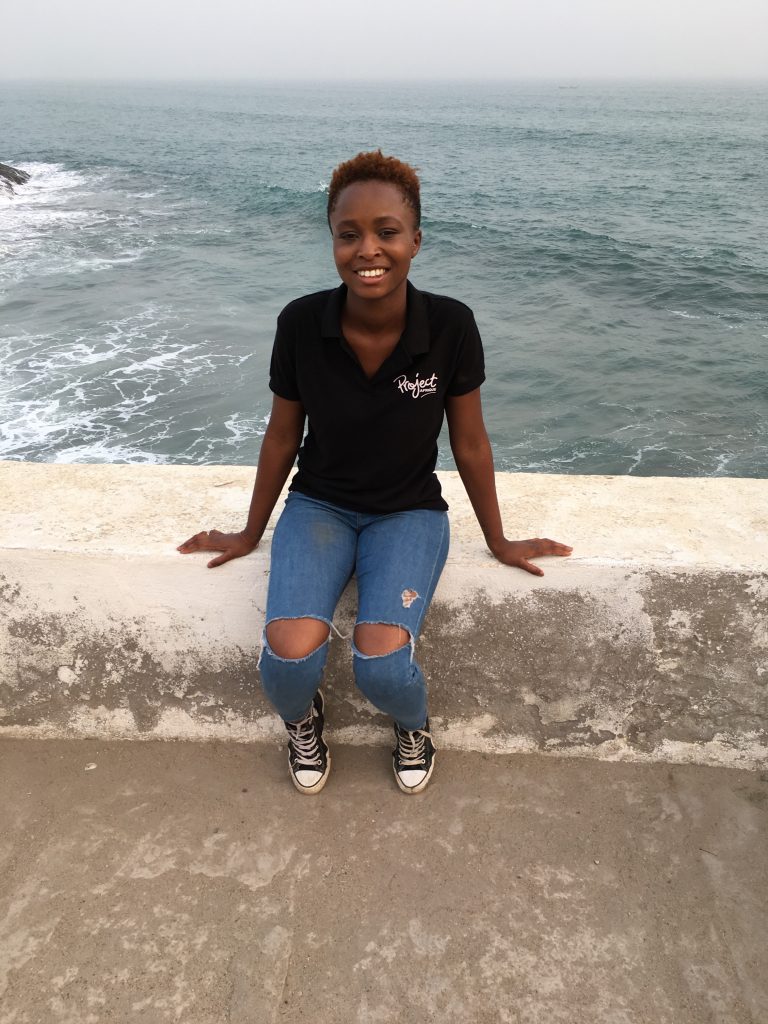 B: We would love to have major sponsors so we can get more people over there to volunteer and immerse in the culture. 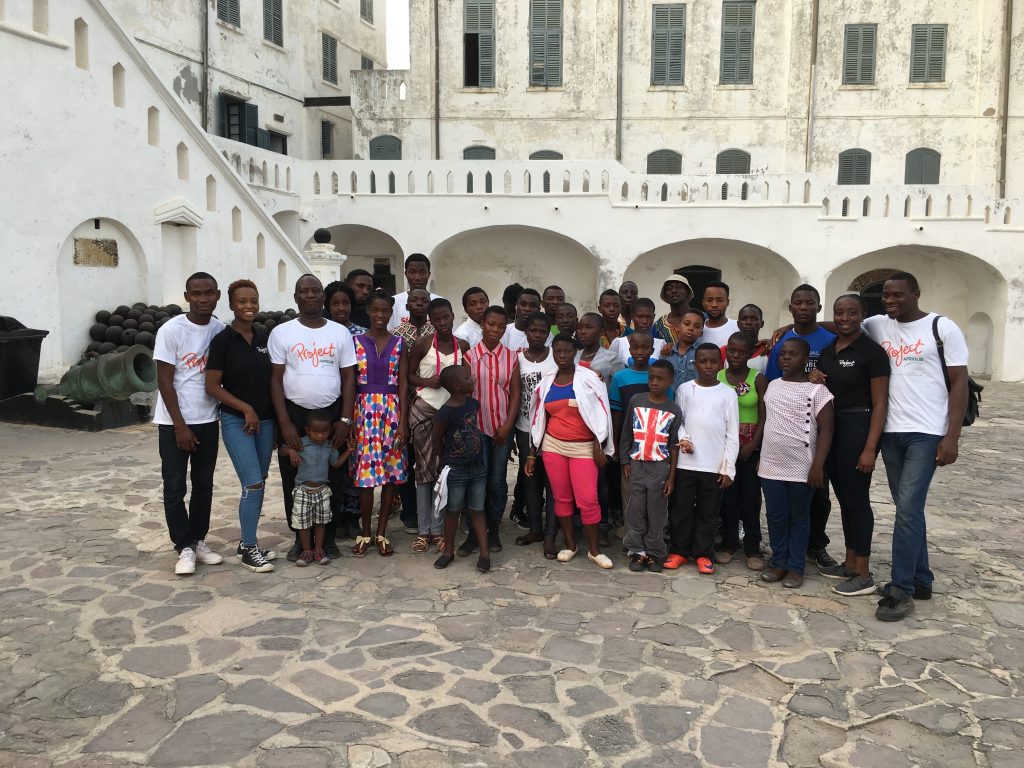 S: What advice would you give someone else who would like to follow in your footsteps and go for their dream?

T: There’s power in you and no better time than the present. There’s no need to wait till you’re older. What are you waiting for?

B: I think anyone going to set up a charity should go wholeheartedly because what they’re doing is giving the children hope and can’t be playing with their lives. So there has to be a genuine passion for it. If you’re going to set yourself up as a role model then you have to live up to it.

Here’s what they had to say when I asked about their second trip to the orphanage last year:

In December 2015, Project Afrique ventured on our second trip to Ghana. We returned to work with  The Joshkrisdan Home of Refuge in Old Ningo. On Christmas Day, we threw a Christmas Party at the Orphanage. It was an amazing day, filled with delicious food, drinks, plenty of laughter and games! We had a number of Volunteers that helped to cook, serve food and organise the party.
Following on from our trip in July 2014, we took the orphans on an excursion to Kakum National Park and Cape Coast Castle. The children at the home had requested to go on a Christmas trip to see some of the beautiful landmarks of Ghana that most of them had never seen before. It was so heart warming to witness the excitement on the kids faces.  All of those on the trip gained an educational into the slave trade history of Cape Coast.
In addition to this, we also made vision boards with the orphans. This activity, ” In 2016 I will”, involved the Project Afrique team and some volunteers, writing down all their goals and aspirations they wish to achieve in 2016. The most memorable part of this activity was seeing all the dreams our orphans had, not only for 2016, but for their entire lives.
This trip was a huge success to us and it would not have been possible without the generous donations given to us during our fundraising campaign. We’re looking forward to the things 2016 has in store for us, as Project Afrique continues to grow and expand! 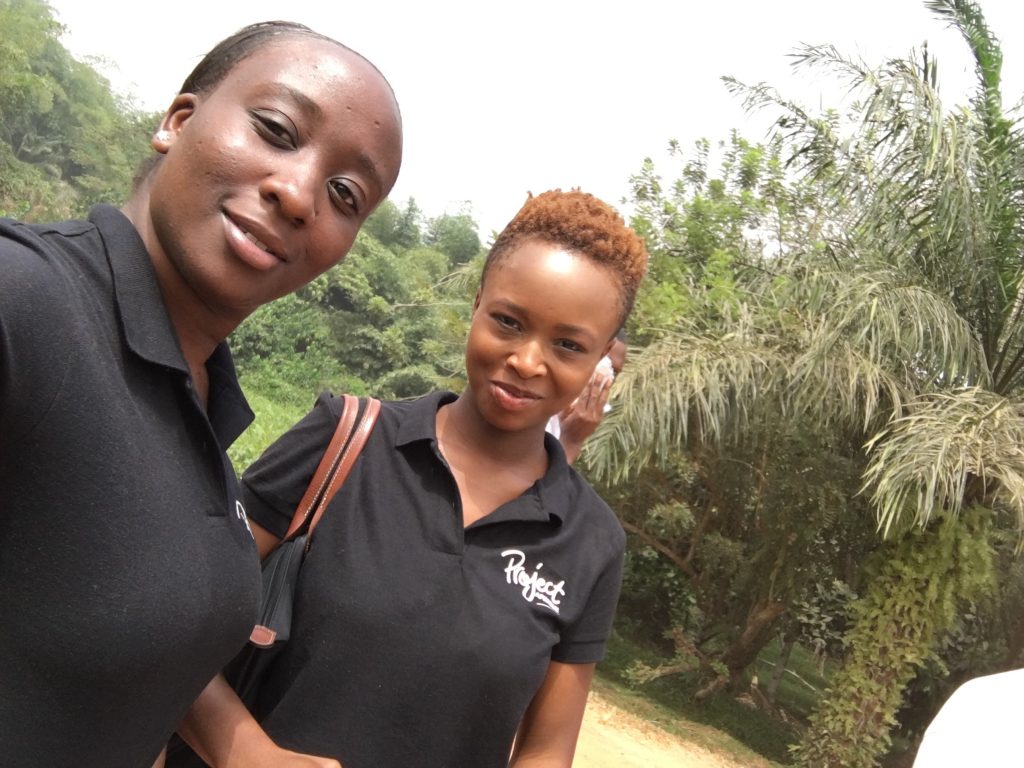 We’re inspired by their drive and passion to help the underprivileged of society and hope to see their charity continue to flourish and touch many more lives.

I’d love to leave you with this little wisdom from Karl Marx, the great Sociologist and Philosopher. He described four main ways in which man is alienated in the domain of work due to society’s structure. He enthused that man is alienated from the object he produces, from the process of production, from himself, and from the community of his fellows.
However, I believe that in this regard, the young creatives and entrepreneurs featured in the YAMI series, by steering their own directives in life and work, surpass this alienation of men.