Martin Izehi Uhomoibhi is a 21 years old artist who goes by the stage name M-Twist. He grew up in Abuja, Addis Ababa, New York, and Geneva, and the experiences he had in these cities, have helped influence his music and style. 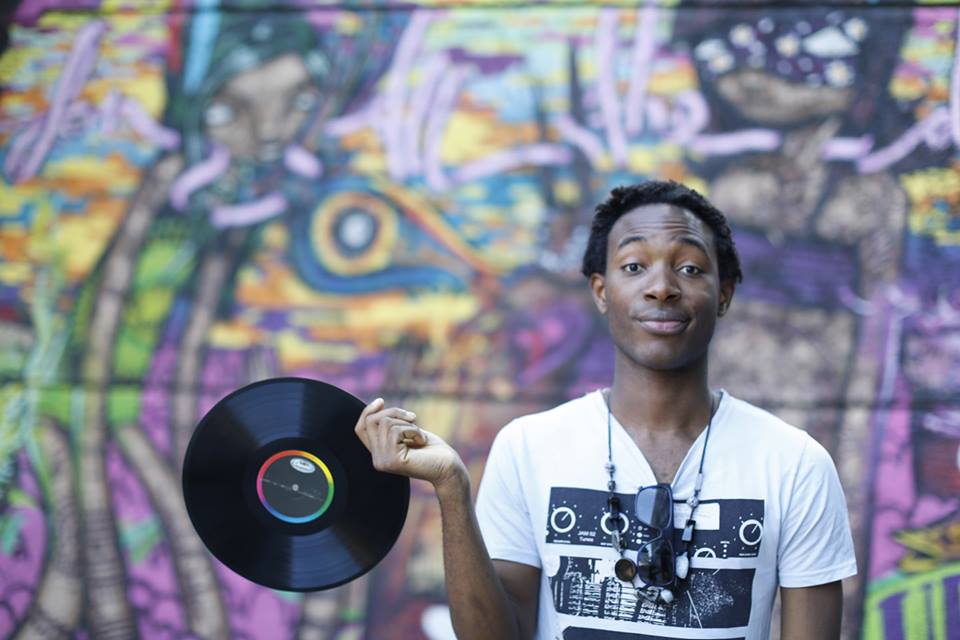 I met Martin during my first year at University, and his passion for his craft was inspiring even then. We had been introduced by a mutual friend who he had told that he was in search for a writer, and thus our friendship began.

Martin is that guy who knows everyone on campus. It seemed like there was no one who didn’t know him; and this was telling of his character and his ability to draw people in with his personality and passion for creativity. Everyone wants a ‘cool’ friend right?

Anyway, M-Twist is an alternative hip hop artist and a one to watch in the future. His drive to succeed in the music industry is matched by his passion for his craft. He works at it tirelessly and even in the face of setbacks, he always manages to pull through and overcome. For this reason and so many others, I believe he is a YAMI to emulate.

With sick beats and a good lyrical message to match, all I can say is don’t forget me when you get to the top! (lol).

I sat down for an interview with Martin and what he had to say was truly inspirational and interesting. Have a read and surely you’ll learn a thing or two! 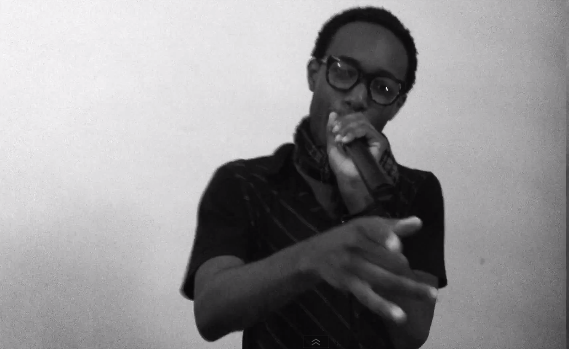 S: What’s your creative energy going into these days?

M: It’s going into my music, and moving to the next level; and being a self sustaining creative artist. Doing things all the way across the board in multi media, like photography, cinematography, script writing, digital graphic design, digital instrument building, and visual art. I’m looking into ambient music, lots of audio engineering, sound art, and laser lights for live experiences.

The idea is, I want to move towards creating experiences rather than just chucking out songs and drawings. I want to tie them all and create experiences. The most influential thing for me in terms of moving towards this idea is a synergy between multimedia art forms and  extending my reach artistically and creatively into media that I’m not really familiar with, and trying to evolve and keep up with media. This idea has probably come from watching the campaigns and the ideas behind Kanye West’s My Beautiful Dark Fantasy, and Child Rebel soldier, which is a collective of Lupe fiasco, Pharrell Williams and Kanye West. Watching them and how they’ve evolved with art to project themselves as an experience to people. I learned that it’s not just about what you do, but also how you do it that contributes to the art of it. Even the marketing that goes into it is an art form. Like Kanye doing the promotional marketing for Yeezus, he went to different locations and beamed a video montage on some rocks of him performing black skinheads or new slaves, things like that hadn’t been done before. 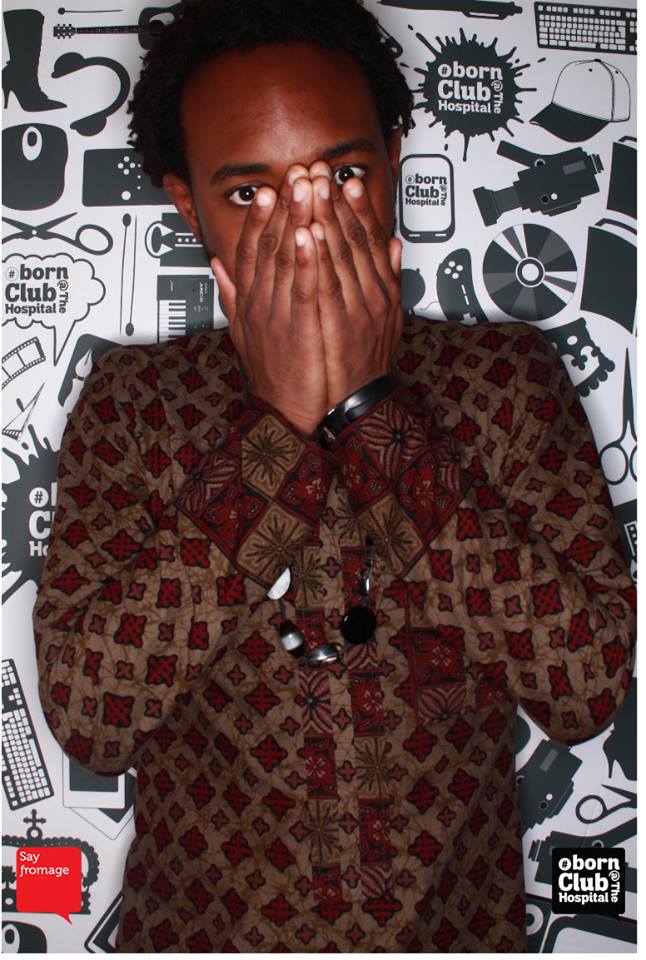 S: How did you come up with the name M-twist

M: I started making music when I was around 10 years old, but I didn’t start off with hip hop. I didn’t even know much about it! I wasn’t a rapper. I used to sing and make old anthem rock music. When I moved to Nigeria, it wasn’t a thing especially for people in my age group at the time.

The more I got into making music, the more I thought that it sucked that I couldn’t connect with them or that they didn’t understand the medium I was using. Then I started hanging out and making friends with people that rapped. However, I was writing stories instead of writing songs because I thought there was no use because I wasn’t going to be able to make use of it in that environment. But after a while, I gave it more of a try, and my friend Ginika, showed me the rap songs he wrote and told me more about songs. Through him, I was able to step out of my comfort zone and try new things.

In SS1 (UK Year 10) we had a variety night and I had an idea to perform a rap song. And at that time, the way I wanted to do it, had never really been done before at my school. For example; usually when people pantomime to songs, there would be a whole dance routine, with more focus on the dance; however, I wanted my group to go out on stage and just rap to a song. So I got a couple of friends together, and although the organisers were hesitant at first to give us a slot to do it, they did in the end. We did a song by Notorious BIG- Life after death, which featured Twister and I learnt that verse, which was the first verse I ever performed on stage. But of course I messed it up halfway, it was Twister you know, one of the fastest rappers in the world. So after that which was a disaster, the idea of me rapping in public was quite hilarious. I was the last person in the world you would expect to rap.

So, yeah, M- Twist came from Twister. Also, the anchor name for the band I used to write with was twist. I kept trying to think of a rap name to use, but I thought well, it feels kind of right. The M is from Martin.

S: Have you always been passionate about music?

M: I started getting really interested in it from the age of 10. I lived in Ethiopia from the ages of 7-10 and we got MTV Europe and I was interested in all the artists out there at that time. Whatever was on Billboards charts. I liked that they were catchy. So, instead of watching cartoon network and KTV, I would switch the channel to MTV. 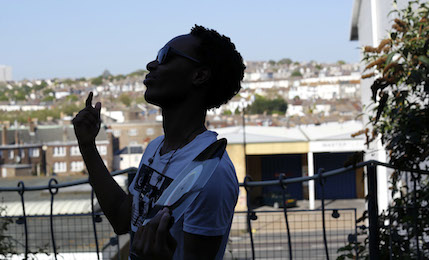 S: Do you have your own label?

M: Yes, I sort of started it when I was 14 but then it became really effective when I was 16. It’s called The Wipeout Recording Group. 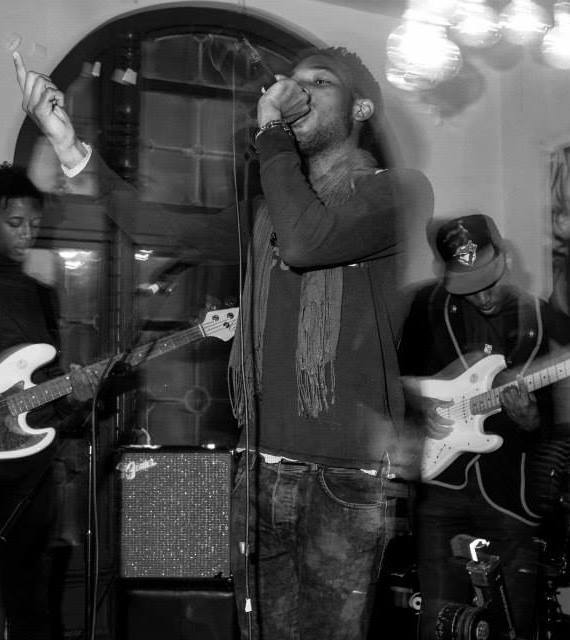 S: What motivated you to start your own label?

M: It was born out of the idea of needing a platform. I decided to create a platform for myself because I felt people didn’t really get my sound and were likely to have expectations of what I should be like. It started when I was 11; but since 2011 when I started branching out into other forms of art I decided to have a full on branch of a creative house. Just like Kanye West’s Donda or Pharrell’s I am other.

My Label is in a contractual phase, constituting a collective of 20- 25 people adding their creative input. Something like how it is in ASAP.

S: How would you describe your music genre?

M: I would say once I make my imprint on whatever we’re working on, it becomes alternative, and it’s never the same.

S: If you weren’t a musician what would you be doing?

M: Well, I’m studying  artificial intelligence. And I’ve tutored economics majors at University in the past. Tutoring is something I can see myself doing. I also enjoy fashion and have modelled in the past too. But I enjoy the creative aspect of fashion more than the self- serving, ego stroking type of fashion. I see the body as a potential canvas, so when someone dresses, the colours and how it’s put together interests me. I find things like body art fascinating. I’m not sure if I’ll ever get a tattoo, but I find them amazing. I love henna designs too.

S: What do you love most about what you do?

S: Who would you like to collaborate with in the future?

M: Have you heard of the party next door? Yeah, I’ll like to collaborate with Jahron Brathwaite. He’s so talented. He’s signed to OVO Sound (Drake’s label). He’s like a half way between Drake and The Weeknd, but more grittier; and that’s so cool. And the aesthetics to everything he does is great.

S: Is there anything you wish you had known when you first started?

M: I wish I had more business acumen because even marketing is a kind of an art form, and it’s really important in the creative field to know how to marry the two together.

S: Were your family and friends supportive when you decided to pursue a career in music?

M: I wouldn’t say so much because I come from a family of academics and they’re not really into the idea of making a living off of the arts. But it doesn’t make sense(to them) because it’s not a 9-5.

I feel like there are some things that we don’t have to learn at University. I personally feel that if it’s not a pure science course, it shouldn’t be learnt under the same structure as a pure science. For example, it is possible for someone learning visual arts to be 2 doors away from someone studying Biochemistry, learning on the same schedule and doing similar type of structured exams and I wonder why. It makes no sense to me. 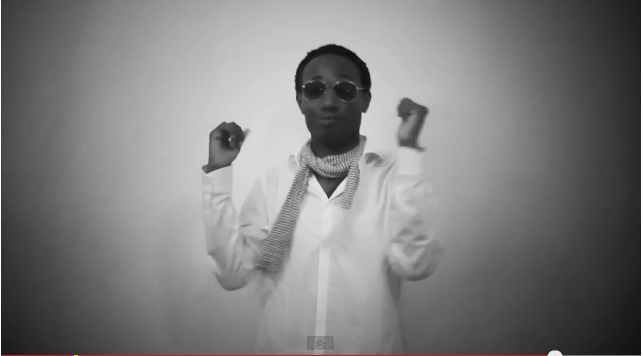 S: What piece of advice would you give other young people who might be contemplating starting out in a creative venture on their own?

M: If I’m to give them the best advice, I would tell them to practice under someone in their community, doing something similar to what they are doing. Someone they can look up to.

There you have it! Martin tells us that having a passion for your craft, studying under a mentor in the same field, and business skills are the tools needed in the race to achieving your dreams.

I hope you’ve enjoyed learning more about the man behind M-Twist, and learnt from his experiences. 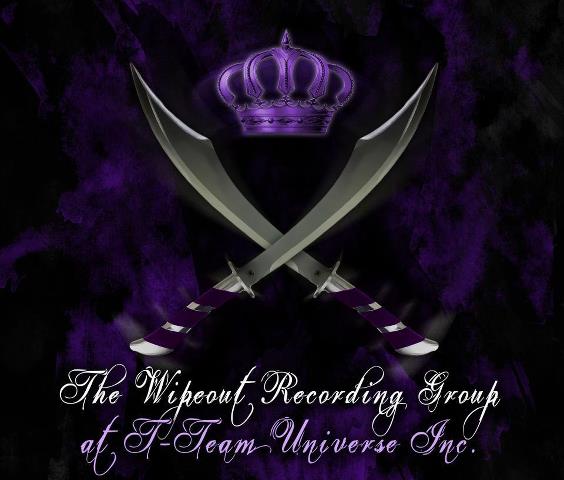 You can listen to him on Reverbnation here

And follow him on all his social media platforms here:

I’d love to leave you with this little wisdom from Karl Marx, the great Sociologist and Philosopher. He described four main ways in which man is alienated in the domain of work due to society’s structure. He enthused that man is alienated from the object he produces, from the process of production, from himself, and from the community of his fellows.

However, I believe that in this regard, the young creatives that are featured in the YAMI series, by steering their own directives in life and work, surpass this alienation of men.