I first read Purple Hibiscus by Chimamanda Ngozie Adichie about 6 years ago. I remember being captivated by the story, but also being saddened by the protagonist’s father.

The story could have easily been that of many people in Nigeria who find themselves raised by an extreme religious parent who take the Bible’s teachings too literally, and lend themselves as judges of what is sin or righteous.

In the story, Kambili loved her overbearing, uber controlling father(to a fault) and hardly questioned his actions even when she deeply felt he was wrong. If anyone has ever thought their father to be strict, then her father whom Adichie described to be a ‘violent Catholic patriarch who, although generous and well respected in the community, is repressive and fanatically religious at home’, will terrify you.

The story is told by fifteen years old Kambili who had never experienced the simple joy of self- expression or laughter until she visited her aunt and cousins in Nsukka. In addition to this, her first crush on none other than her aunt’s Priest awakens that which is human in her.

Also, her brother who was a couple of years older, was also met with the same troubled fate, but before the end of the novel, he finds his voice and challenges his father whom they had both been socialised to believe was all knowing, and rightfully acting in the best interest of their family.

Adichie’s narrative in this novel is captivating, and it is no wonder that years after first reading it, I decided to re-read it and enjoy the brilliance of her work. Reading is one of my pleasures, and Adichie’s flare, makes it easily so.

Of course the recent spotlight on her in the media ever since featuring on Beyonce’s Flawless single has brought many book lovers to discover what I’ve known for years. I thoroughly enjoyed re-reading this book.

Adichie’s work is one of the few by Nigerian authors I had read at the time, and what Chinua Achebe’s book did for her, she did for me- that permission, that our African stories can be told is self-reassuring and important.

And in the words of Lupita Nyong’o, another icon I admire, “no matter where you’re from, your dreams are valid!”

If you haven’t read Purple Hibiscus, you don’t know what you’re missing! 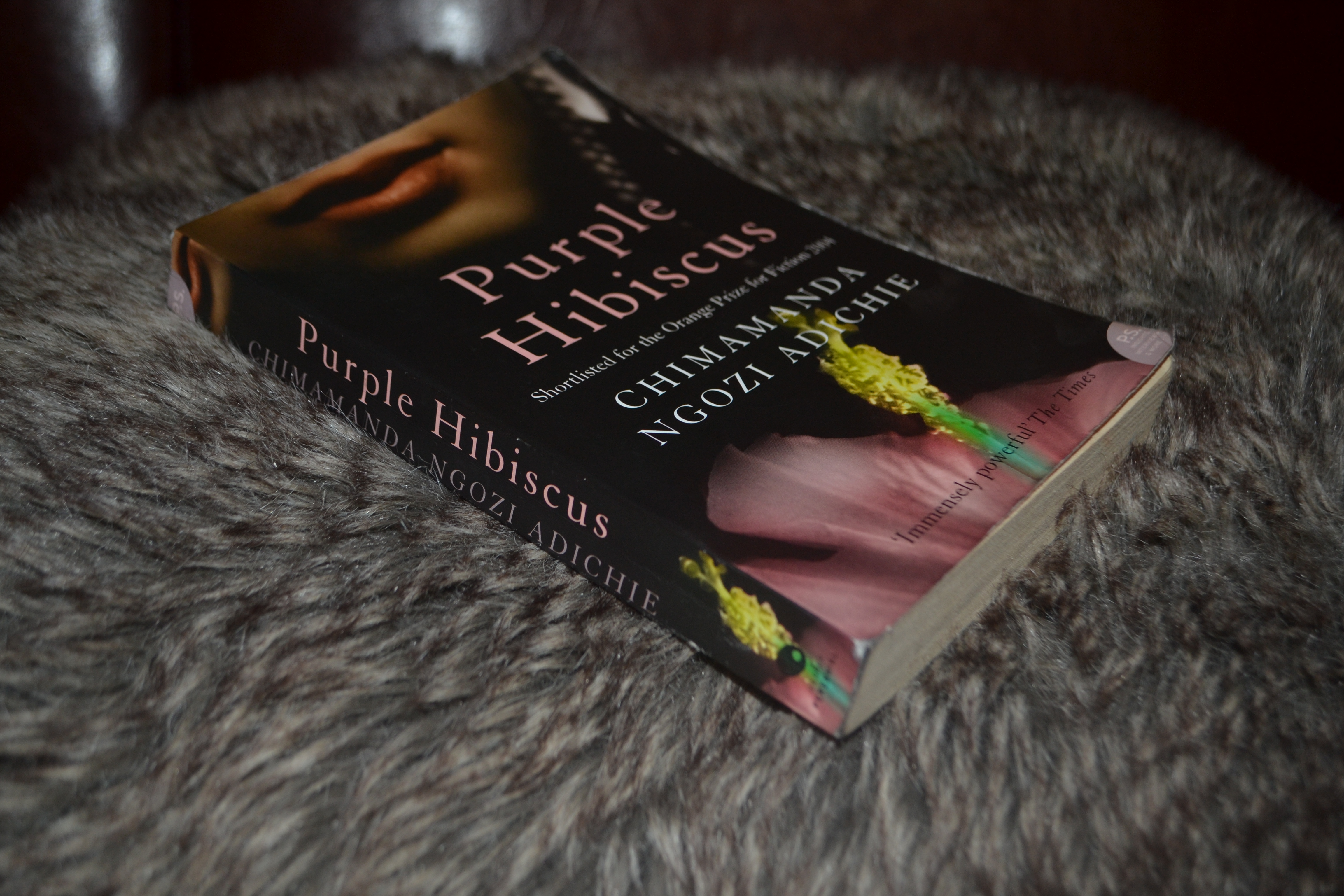 You can buy it from Amazon here:

And her most recent offering on why we should all be feminists: