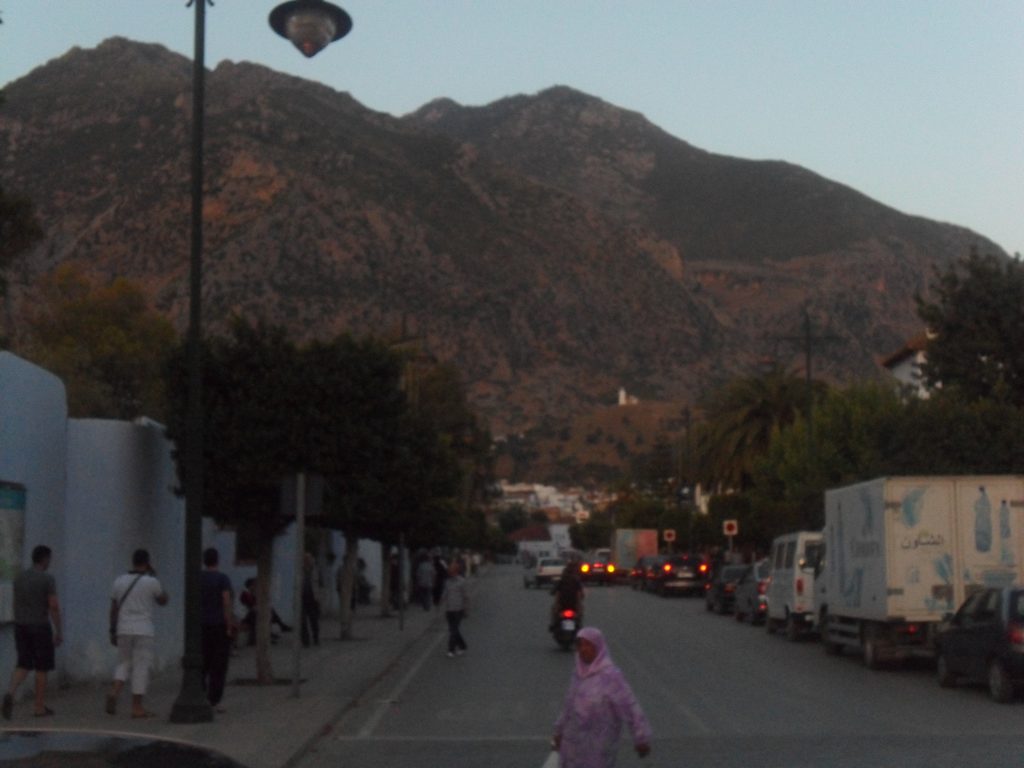 So mid July 2012, after the end of our University semester, we jumped on a plane and began our journey.

We had planned to visit 7 cities in 12 days! Now ain’t that madness? Well, you know what they say- while you’ve still got your youth….

Also, we planned to attend the annual Gnaoua festival which takes place in Essaouira close to the coast, but since that’s in the south of the country and the other places we intended to visit is in different regions, we mapped out a plan to start our journey at the north. Deciding to fly in and out from different airports made the trip a bit more costlier, but it had to be done and it was worth it!

We had also learned of a wonderful ‘blue city’ were every single house, window and sidewalk is blue. Who wouldn’t want to see that eh?

My travel posts on Morocco will be broken down accordingly to give you an enriched tell tale of my experience in Morocco; and if you don’t know, Morocco is in the North of Africa, but also known as part of the Middle East.

I got to Tangier in the evening and stayed at Dar Bargach. 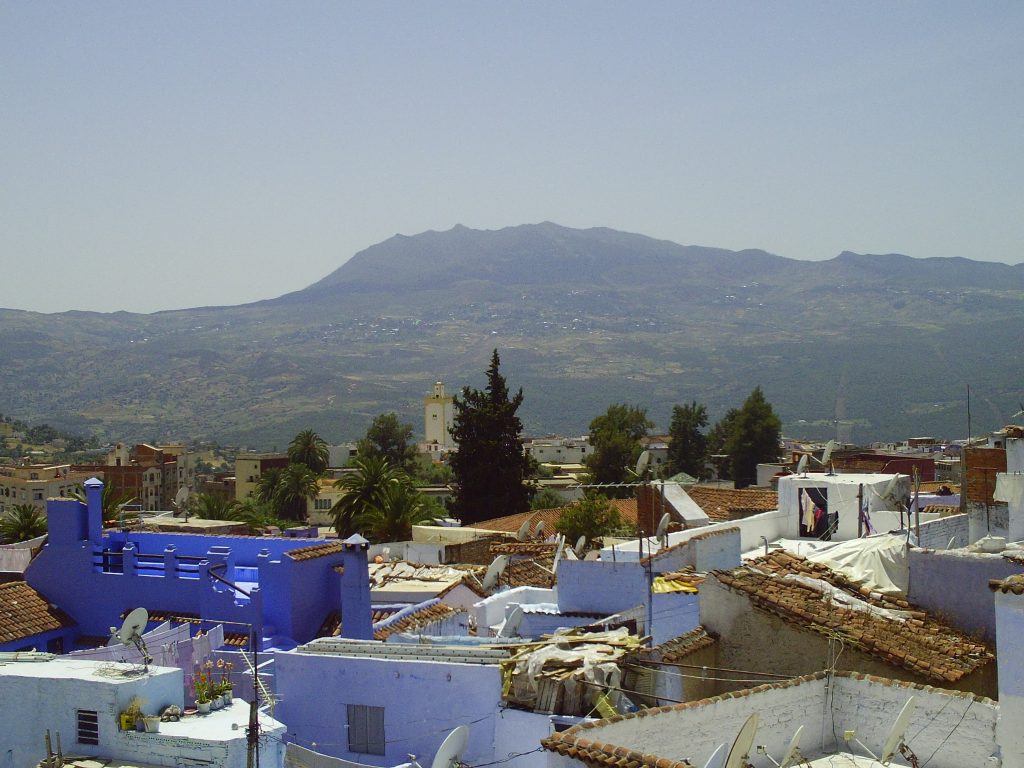 As is customary in Morocco, we were welcomed with a glass of Moroccan mint tea. 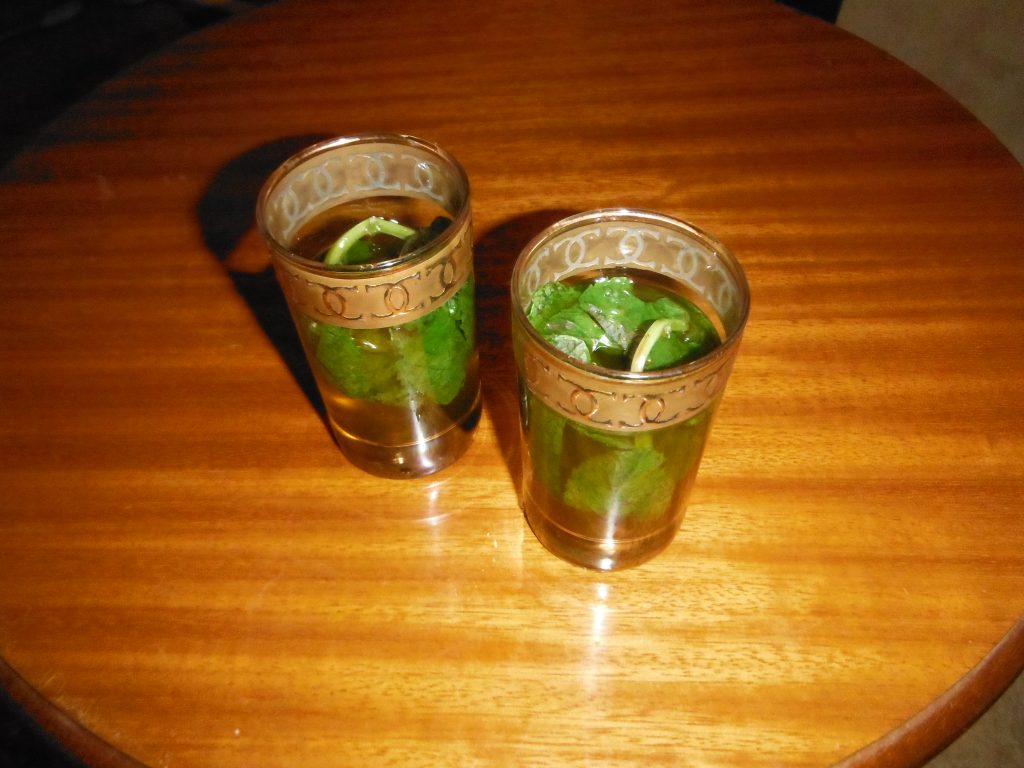 The next morning, we left on a coach to Chefchaouen. It was already so hot that early in the morning. 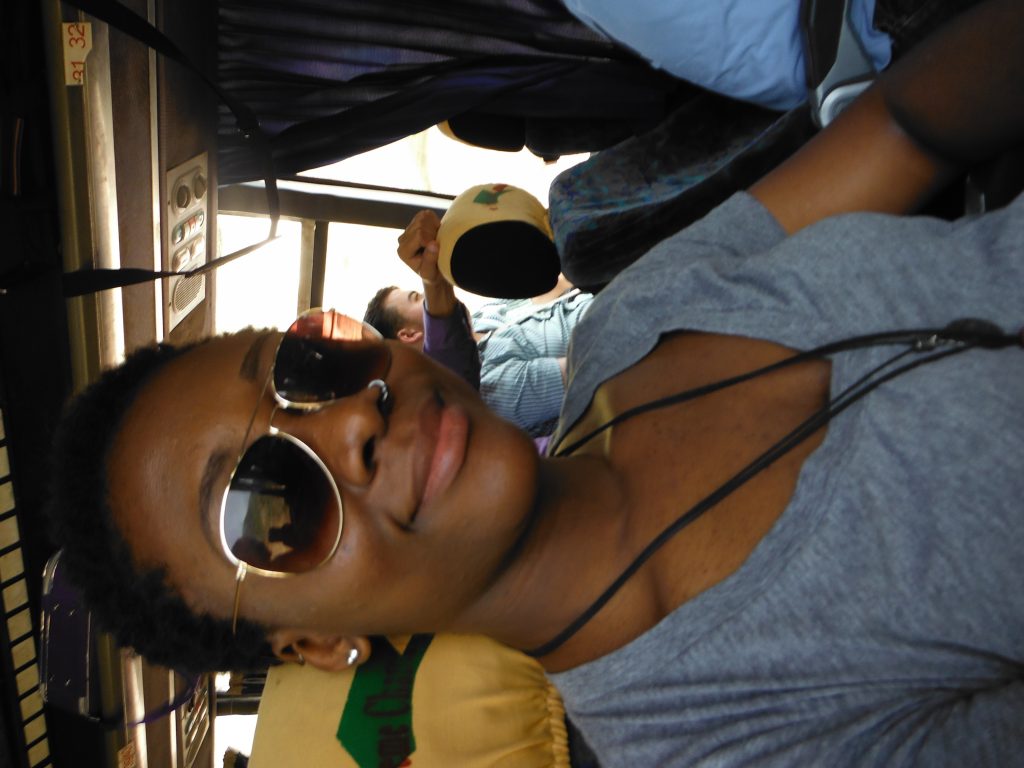 The lovely sights as our coach sped off. 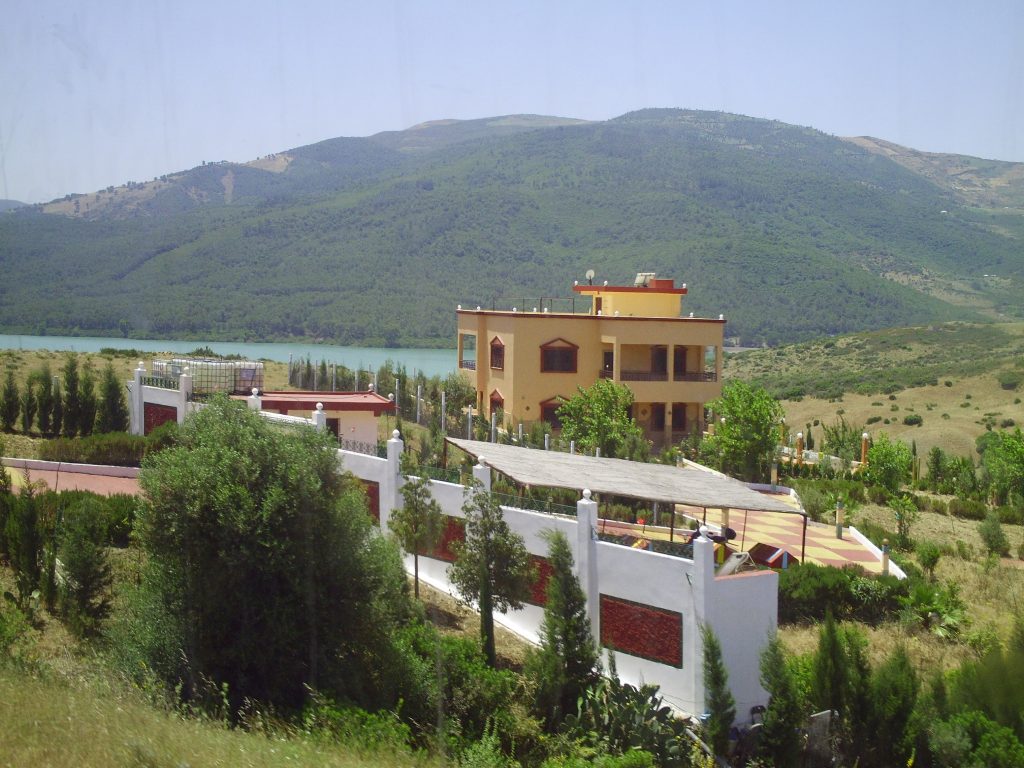 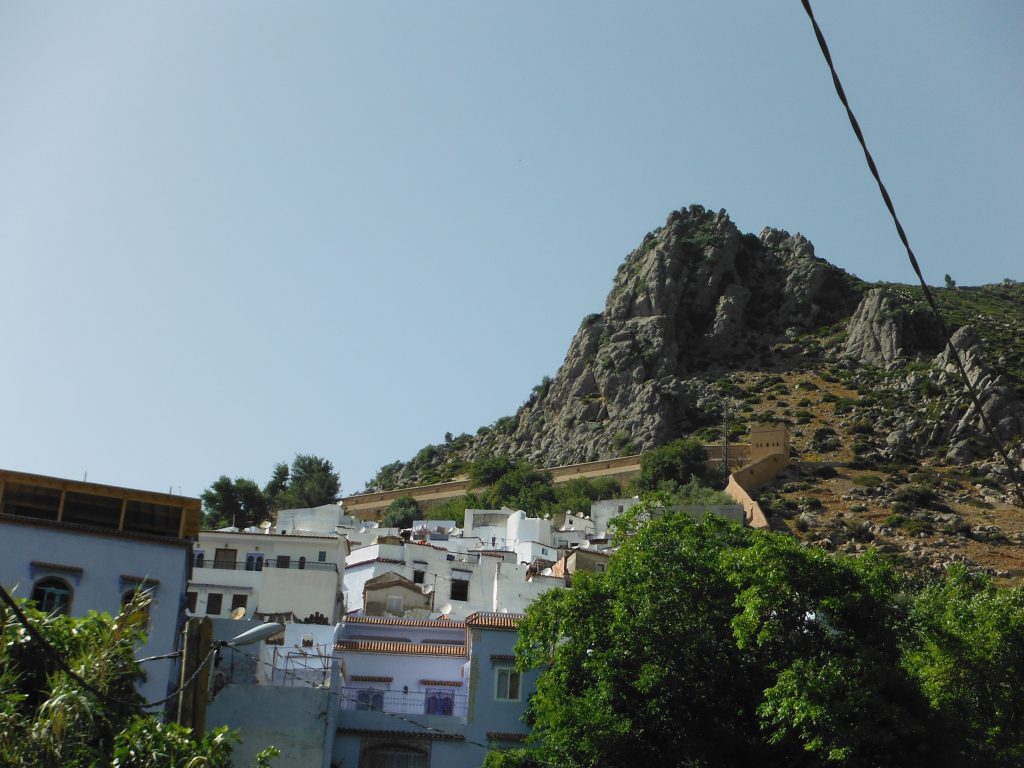 When we finally got to Chefchaouen, I felt like I was going to die from a heat stroke, It was that hot!

Then an interesting thing happened when we got to our hostel. We were offered harsh several times by a guy who we had thought was a good Samaritan at first because he helped us through the Medina and to the hostel where we were staying. After refusing so many times and he was still insisting, I gave him some change (on his request) and he finally left us alone. 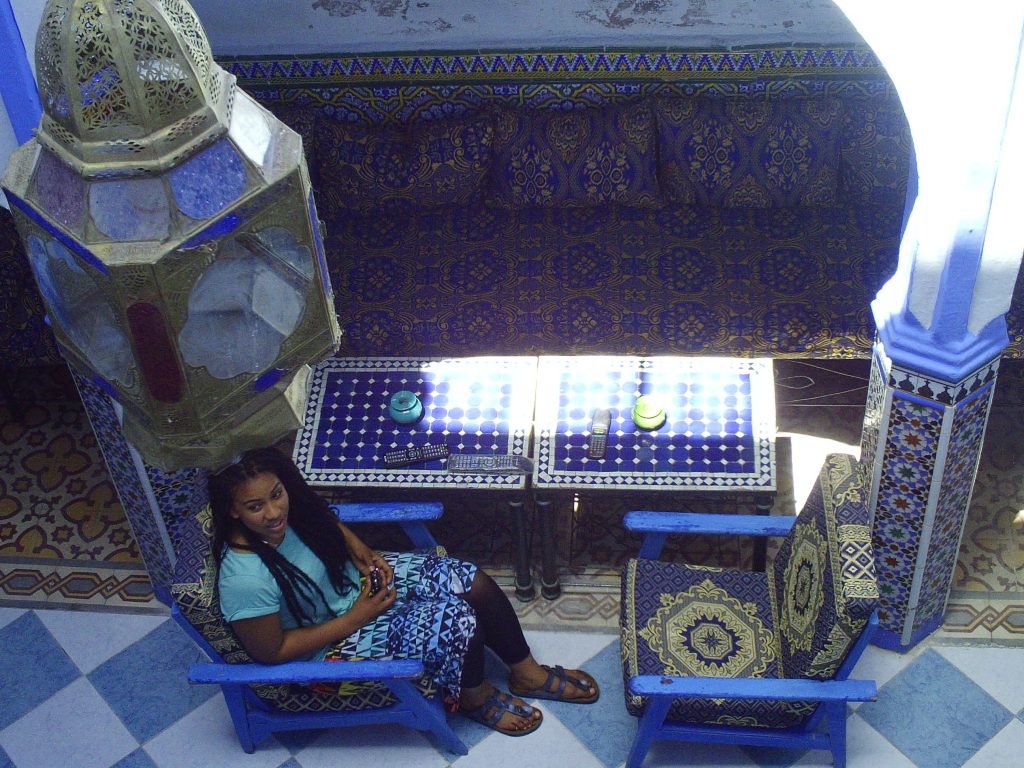 You’ll never know by just walking around the Medina, but as soon as you step inside, wow….. beauty is an understatement really.

The colours and designs all around was a sight to behold. It holds truth of the saying- don’t judge a book by it’s cover. We stayed at a hostel called Pension Mouritania. 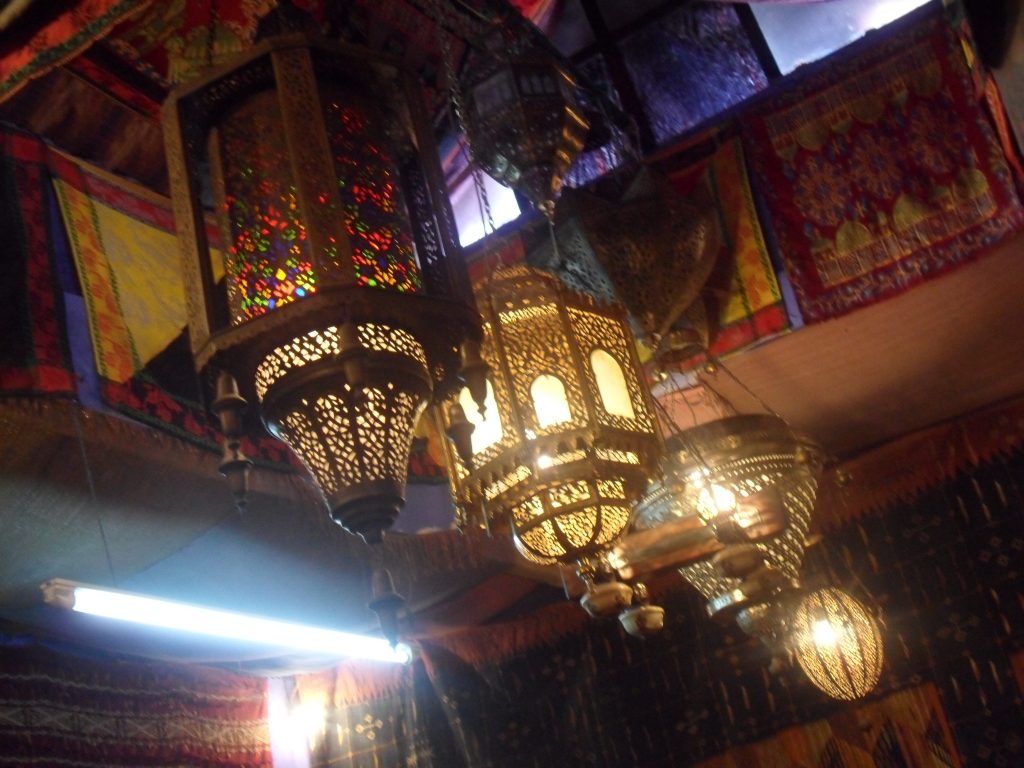 It was so hot, so I and my friend got ice cream, snacks and headed to the stream. 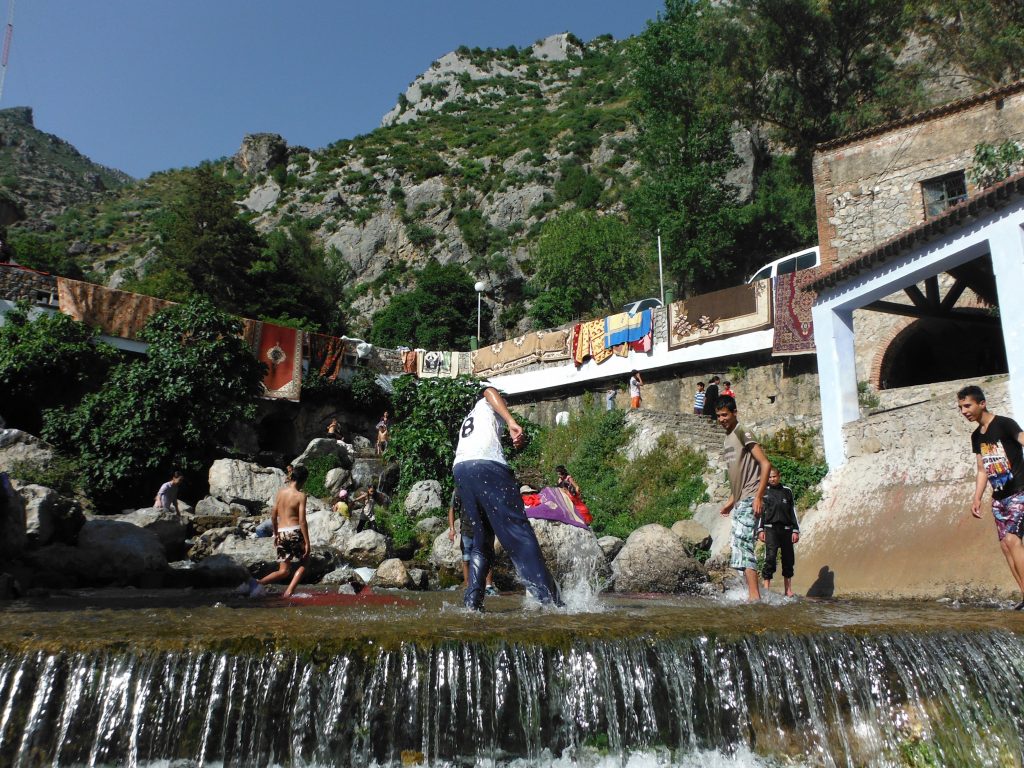 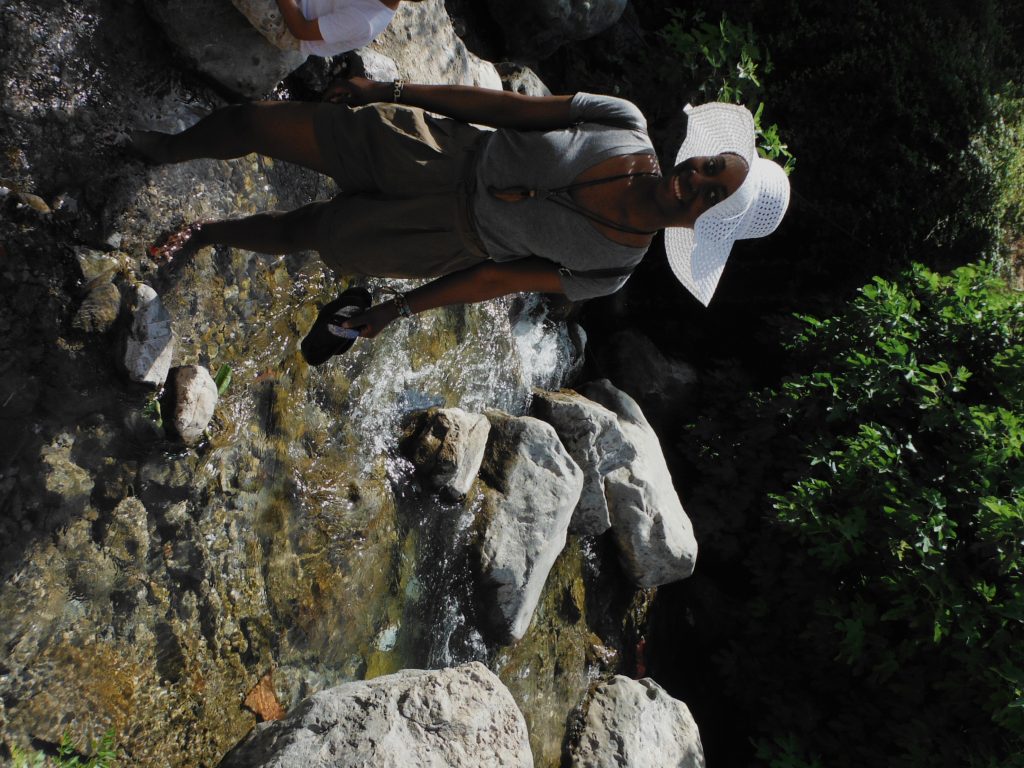 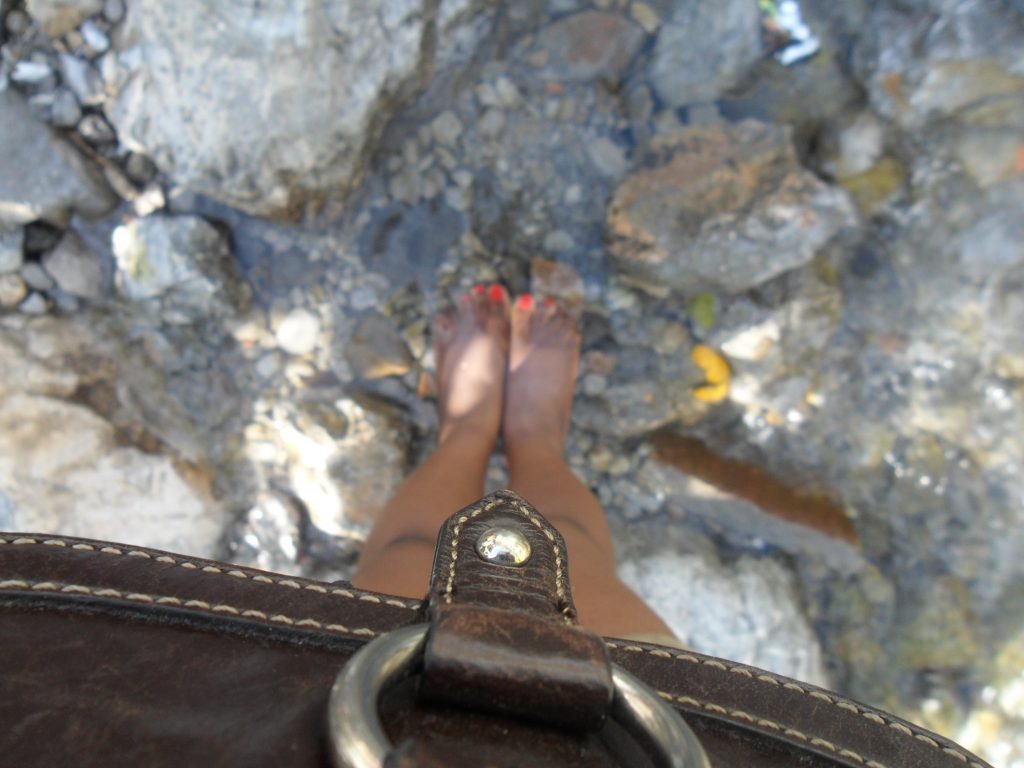 But before that, we had encountered a man who led us to a shop were we could get things like hand crafted and sown carpets, rugs, curtains, and so many others made by the local people. 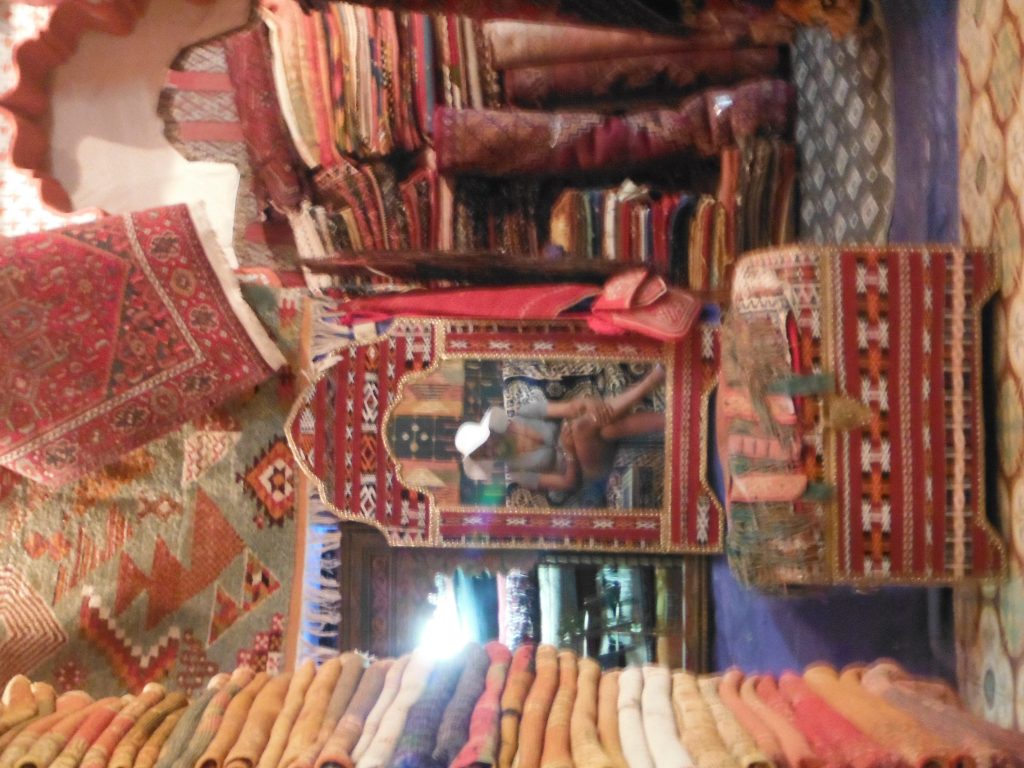 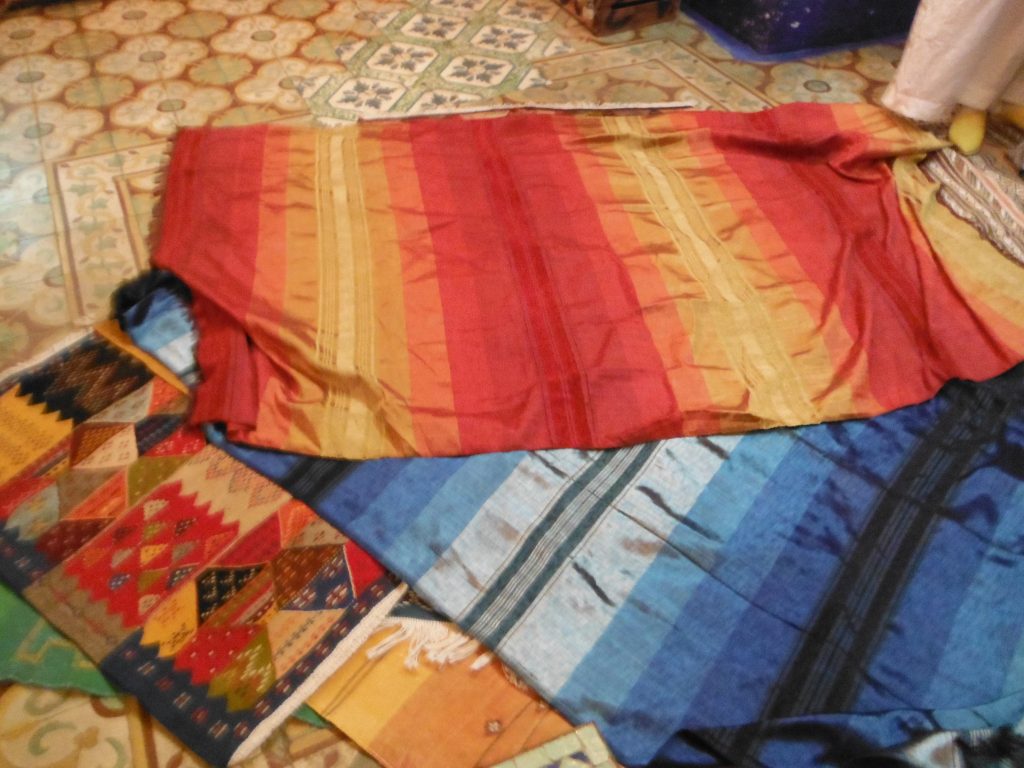 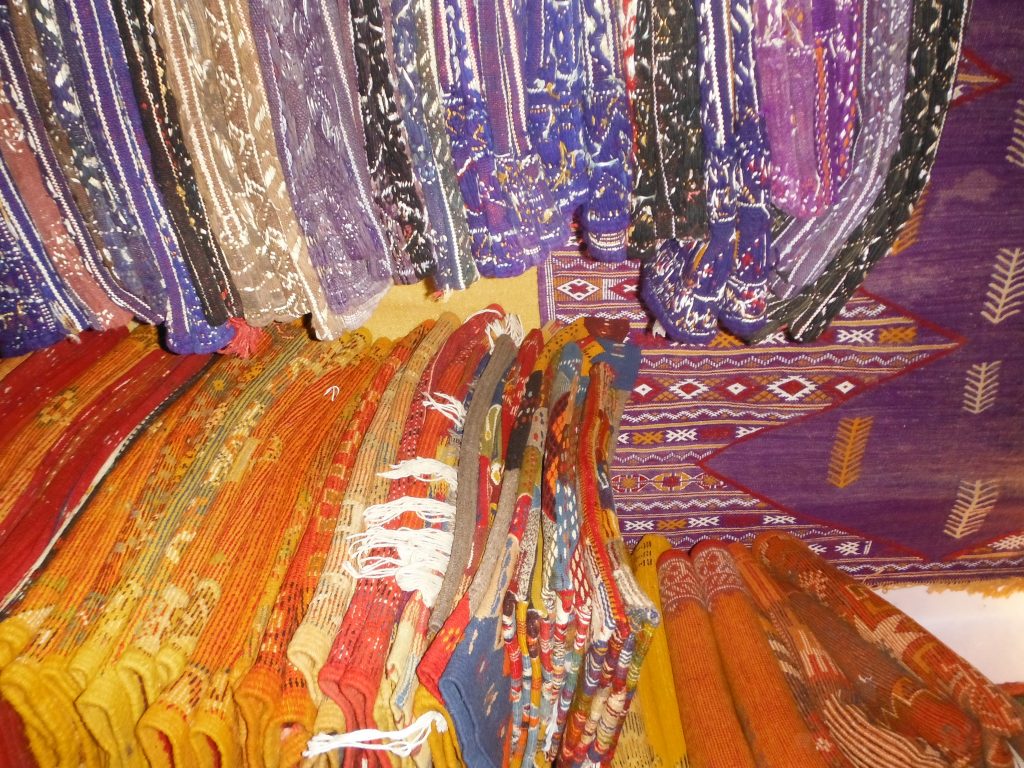 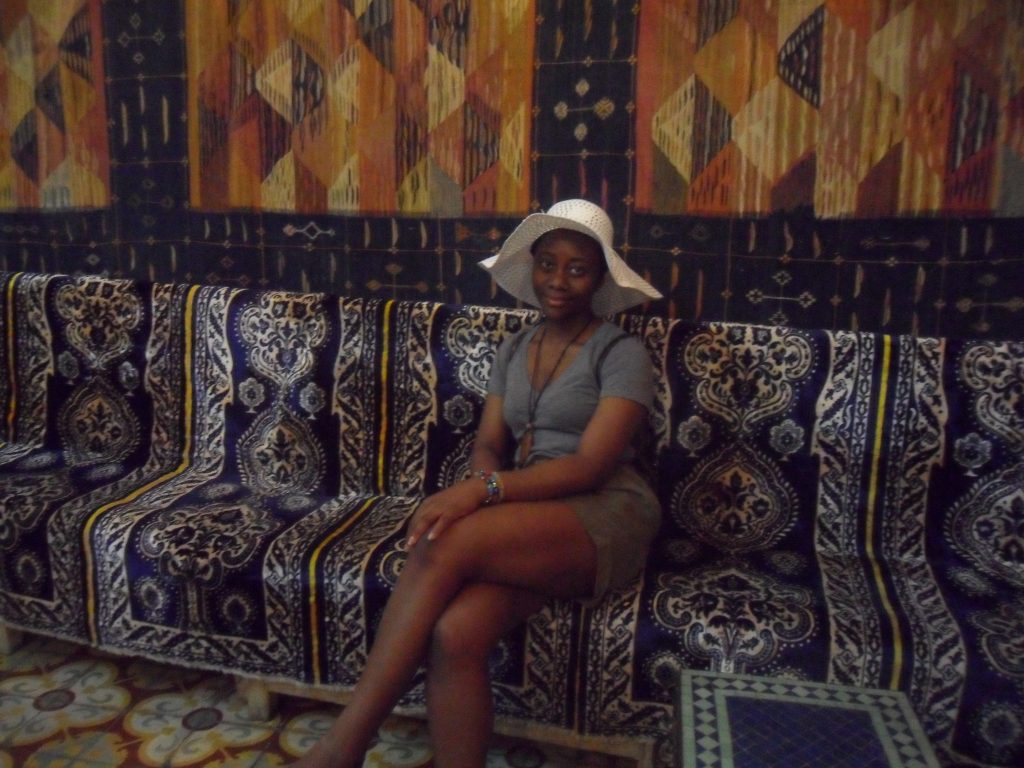 The most intriguing thing was the people. We hardly saw anyone on the streets which made us wonder what people did in the community. We finally learned from a store owner that most people remain indoors or sleep throughout the day when it’s the hottest, and then come out at night. This was true because as night began to fall, people started appearing from what seemed to us like from nowhere. I blinked once and there was a crowd of people in front of me.

We walked around the small but gorgeous blue city and were glad to have experienced it. 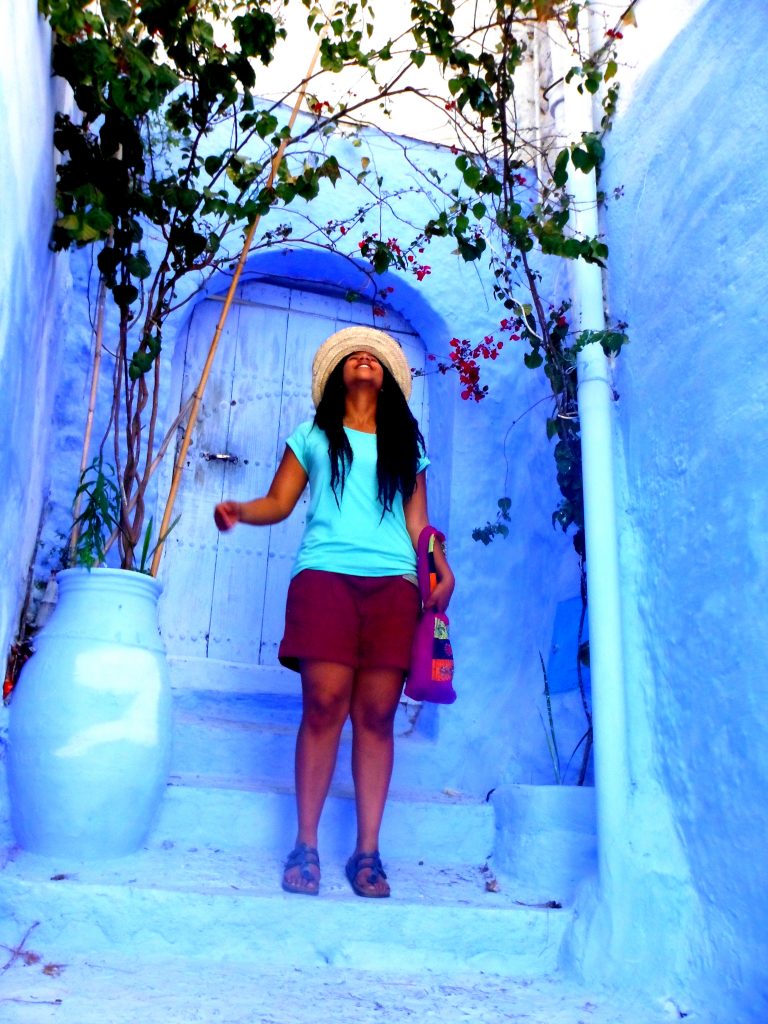 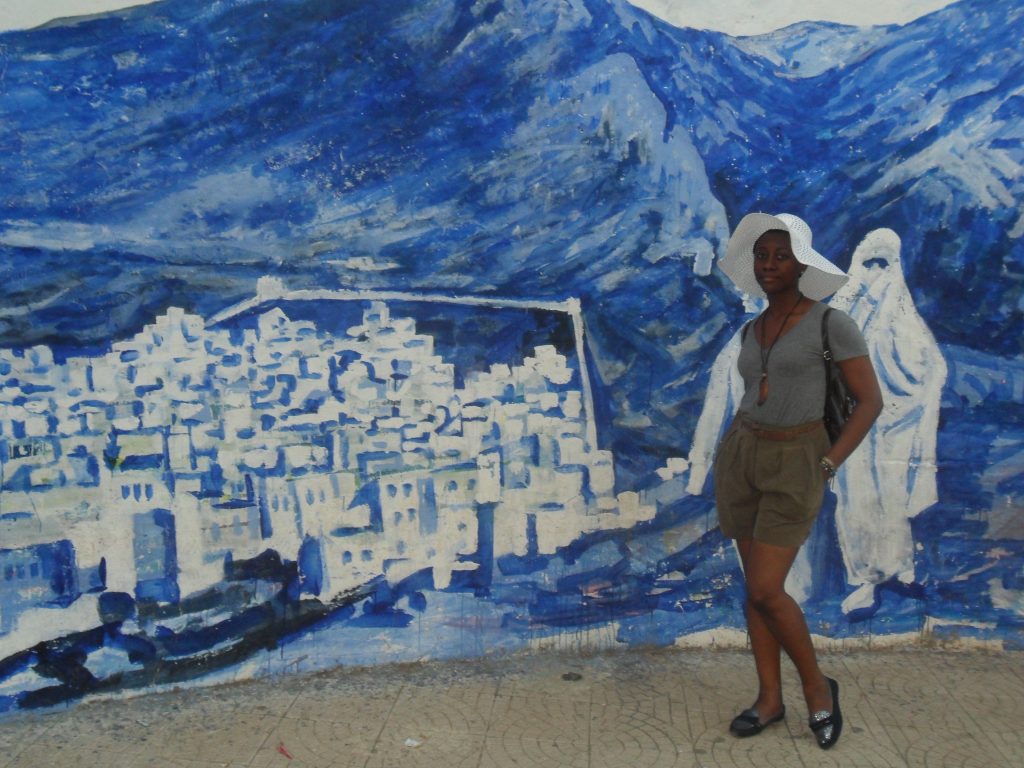 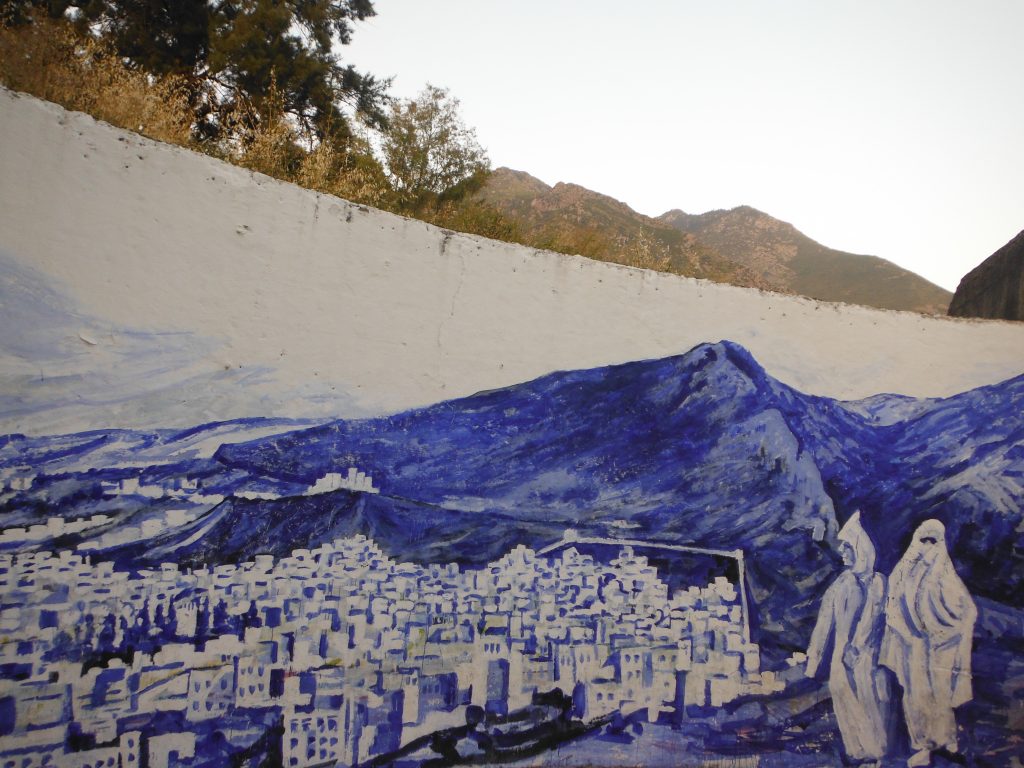 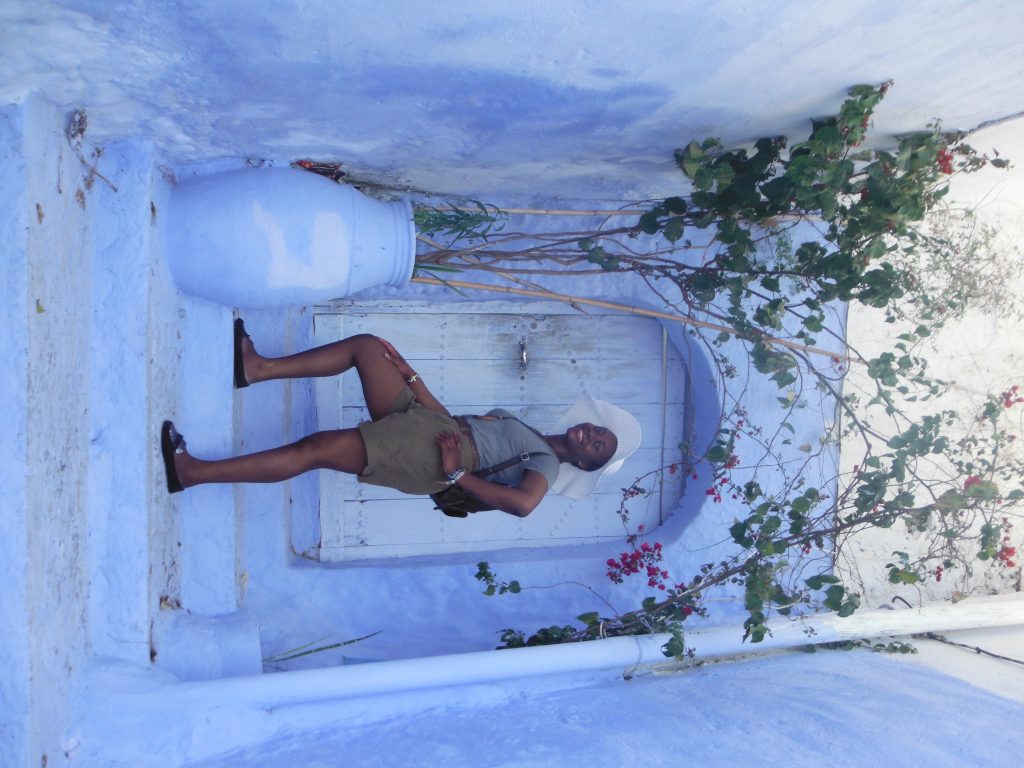 Also, something worth noting is that a day will do in Chefchaouen. It’s a really small town with nothing much to do, so if you’re there for ‘touristy’ things, you’ll get bored after a day; but if you decide to visit for its cultural aspect and to immerse yourself with the culture and people then stay as long as you wish, there’ll be lots to learn! 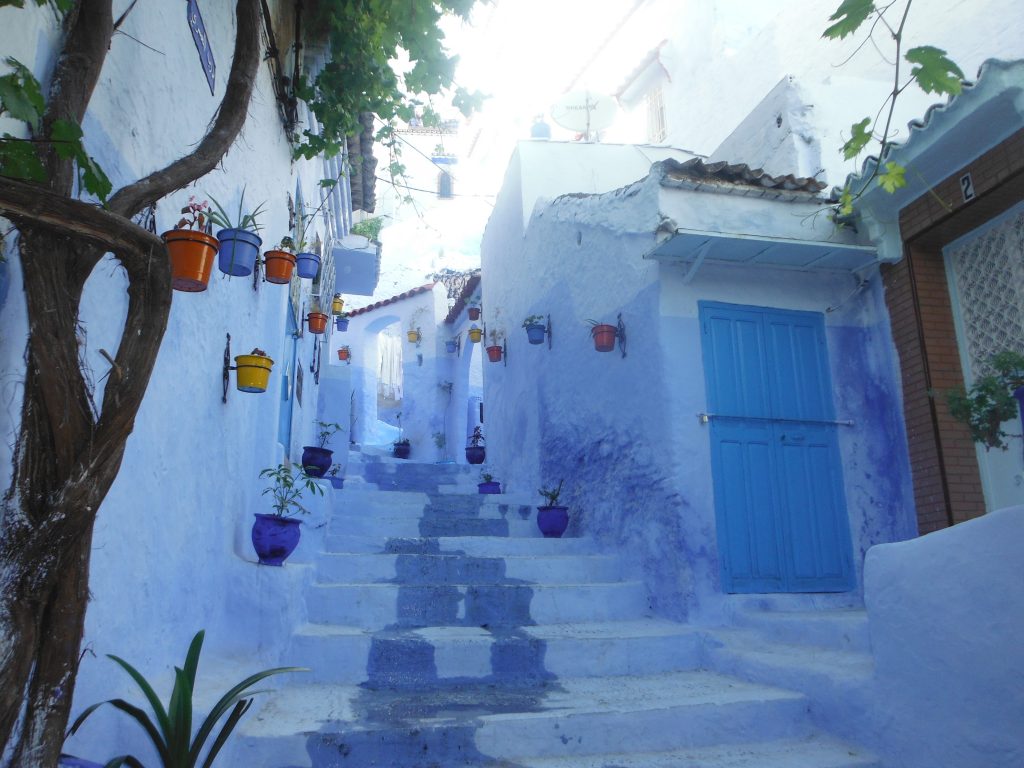