See my first post about the start of my trip and my itinerary here. I spent a day in Fes accompanied by my friend and a tour guide. The city is well known for its leather tannery and while we were shown around the old Medina, we obviously stopped at one of the old tanneries in the Medina and were given a lecture on its history and how the leather is produced from when it arrives on their grounds to dyeing it with colour and then drying.

We left Chefchaouen in the morning and got to Fes sometime around mid day and were clueless about how to get around. Luckily, we met a cab driver who took us to his friend’s hotel where we were able to store our luggage while we roamed the city.

We weren’t quite sure at first because we had just met this man and then we were supposed to leave our belongings at his friend’s hotel and go on a guided tour with a guide he recommended. However, we took the plunge when we saw the guide’s credentials and knew he was qualified and nothing shady was going on. 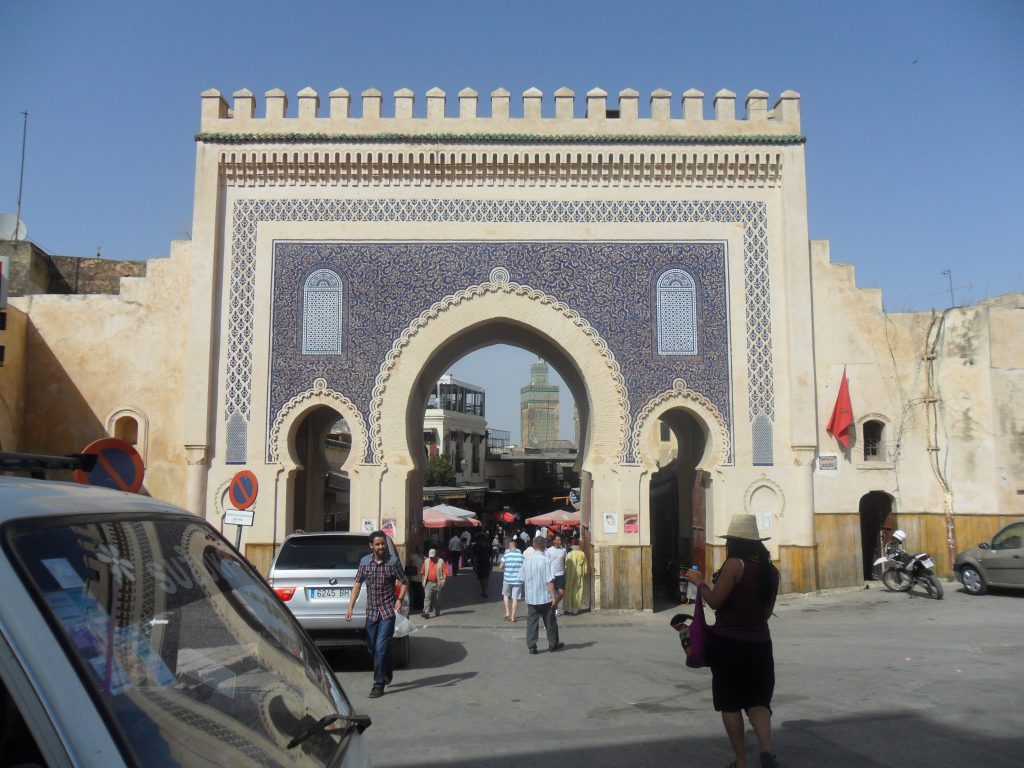 Anyway, it was wise to have gone with a paid guide because the Medina is huge! There’s no way we could have gone to so many places and learned about all the things we did on our own. However, as the tour proceeded, it became clear that the guide was taking us to places where he possibly got commission if we bought things from the stores. 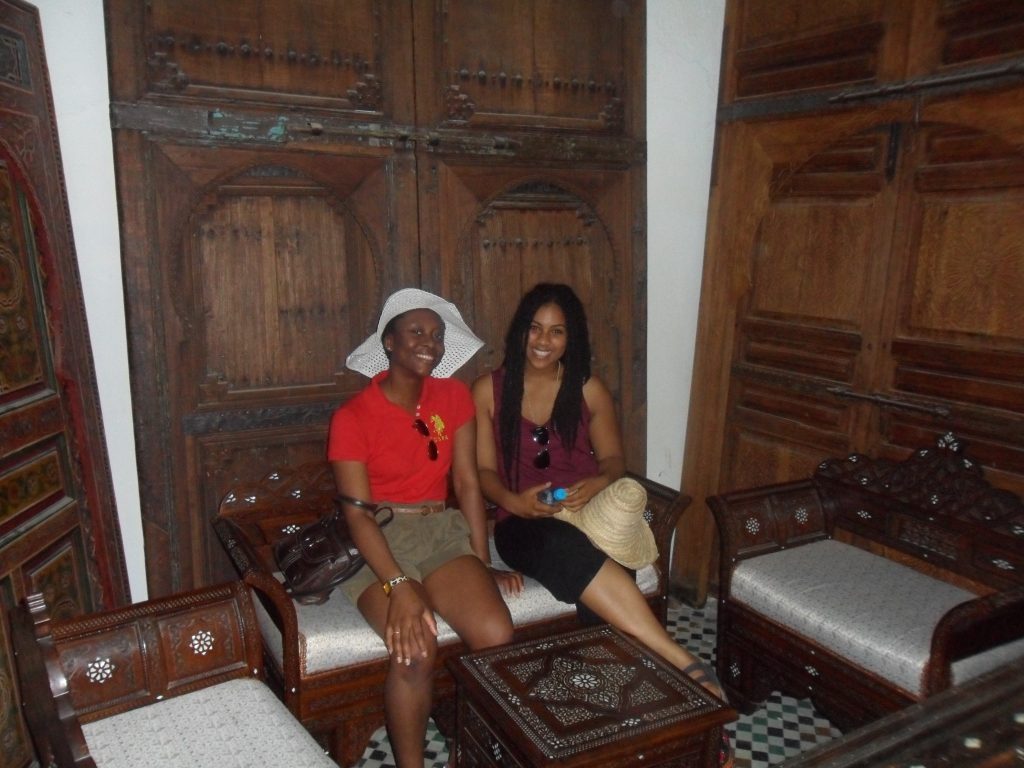 We learned how argan oil is made and bought some for ourselves. 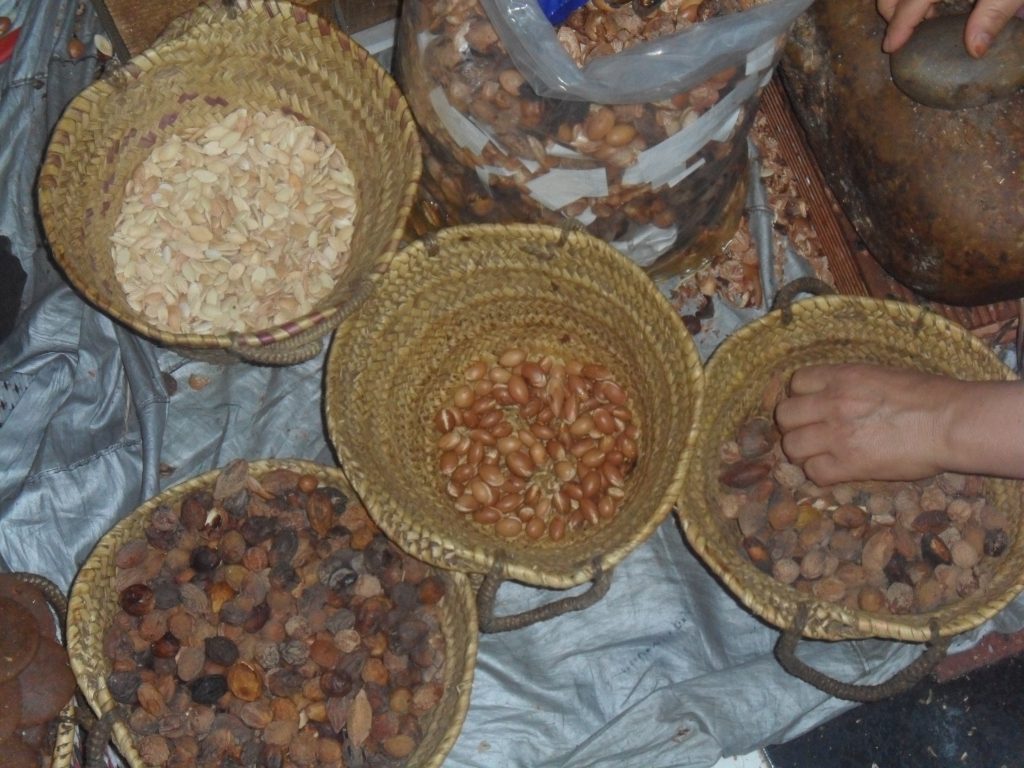 We were also fortunate to visit the first University in the world which was founded by a woman! 🙂 but couldn’t enter one of the major mosques which was restored. 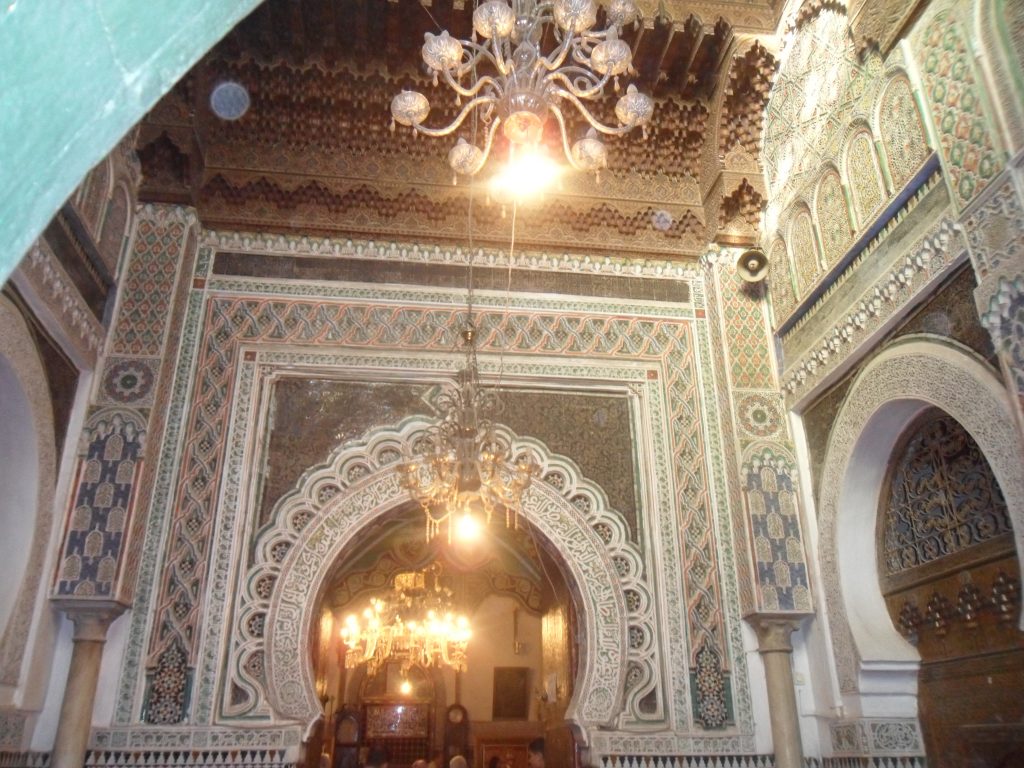 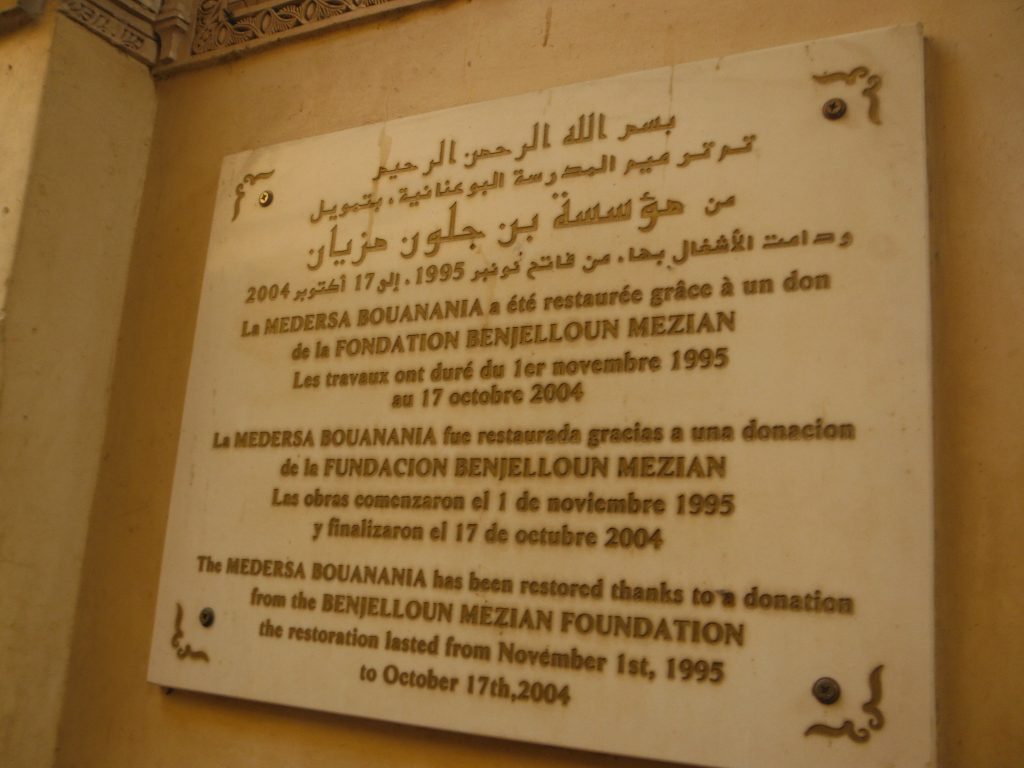 Oh and let me tell you a funny story; well to me anyway at the time. So I wanted to buy rings and other jewelries from a boutique we had visited in the Medina and the owners were quoting a ridiculous amount. I don’t remember how much now but at the time i converted it to pounds and was like no way! I’ll never buy it for that amount in London; so that way, I was able to gauge how much I should be spending or if I was getting played like a  ‘rich tourist’. Anyways, I ended up haggling with the sellers for quite some time until we came to an agreement which we were both happy with. Well, they didn’t seem that pleased, but I believe it was a bit of an act as they wouldn’t have sold it to me for a loss otherwise. Because of this, they said I and my friend were like Berber women because we haggled so much. Well, I did most of the haggling. Growing up in Lagos has definitely taught me a thing or two about haggling or ‘pricing’ as we call it. It’s fun negotiating the price and then calling their bluff to see if you can get the item for a lower price if you pretend to leave. Yeah, hope that made a bit of sense.

Anyhow, the trip to Fes was an enjoyable and enlightening one. We weren’t able to explore the city that much since we spent only a day there, but from walking about, I saw a lot and know that it’s an interesting city and somewhere I will like to visit again in the future. 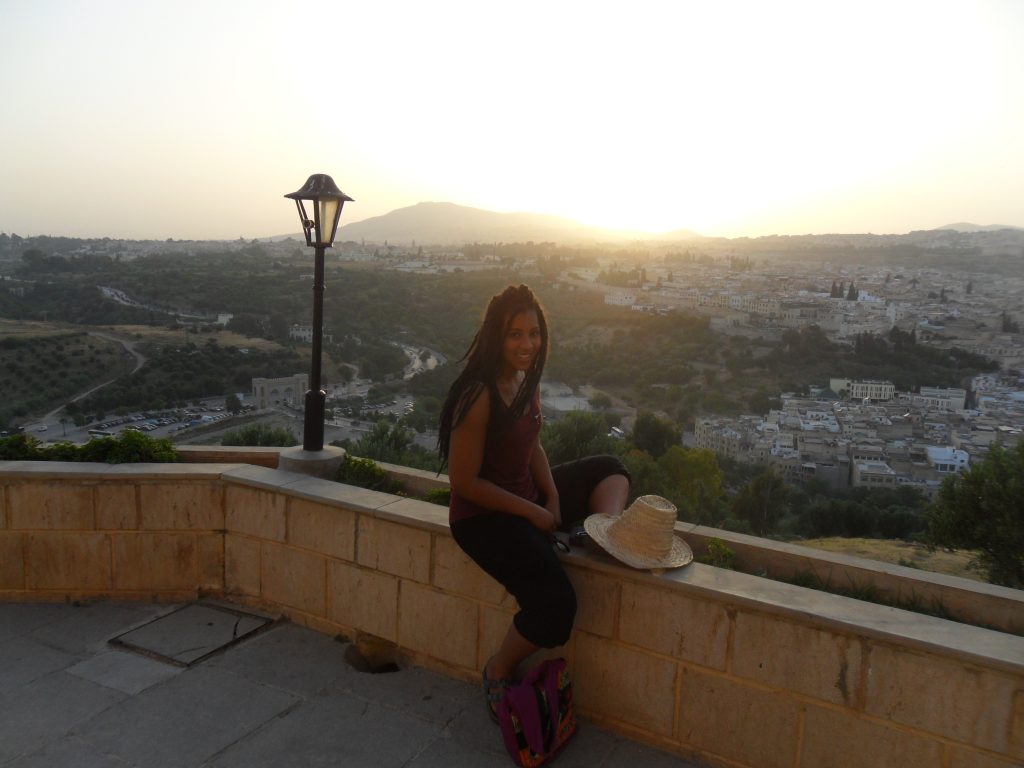 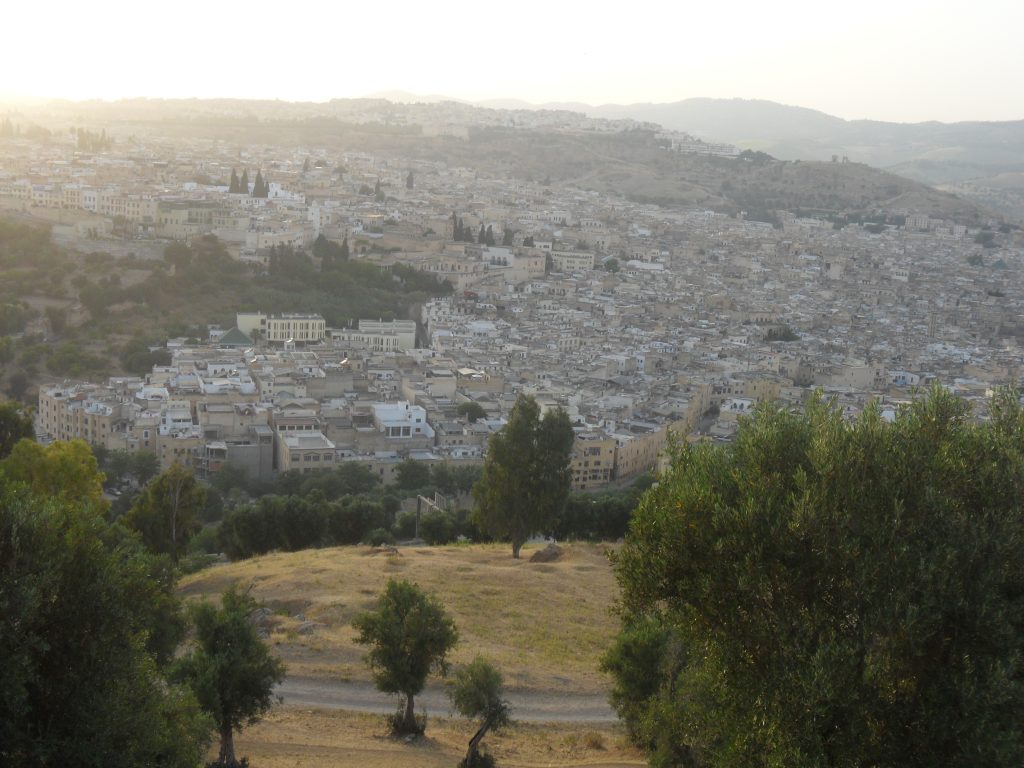 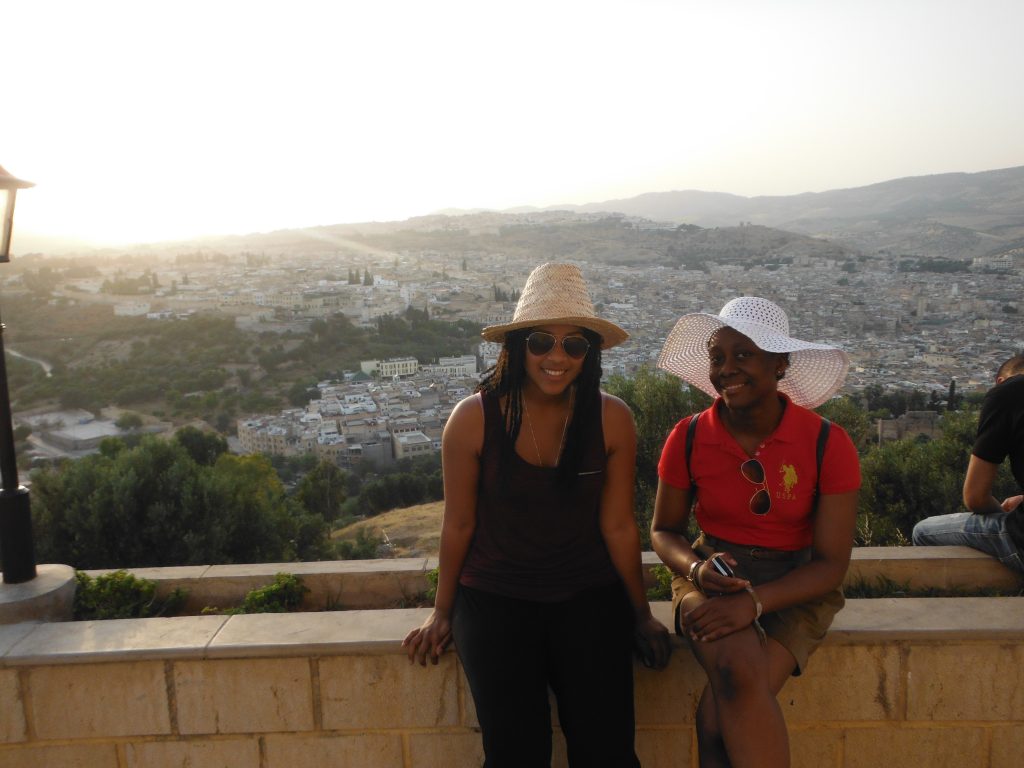 Late that night, we got our stuff from the hotel and headed to the train station to get a train to Marrakesh. It was a long ride and I slept through most of it. Other crazy things happened on that ride but you probably don’t care so I’ll leave it at that. 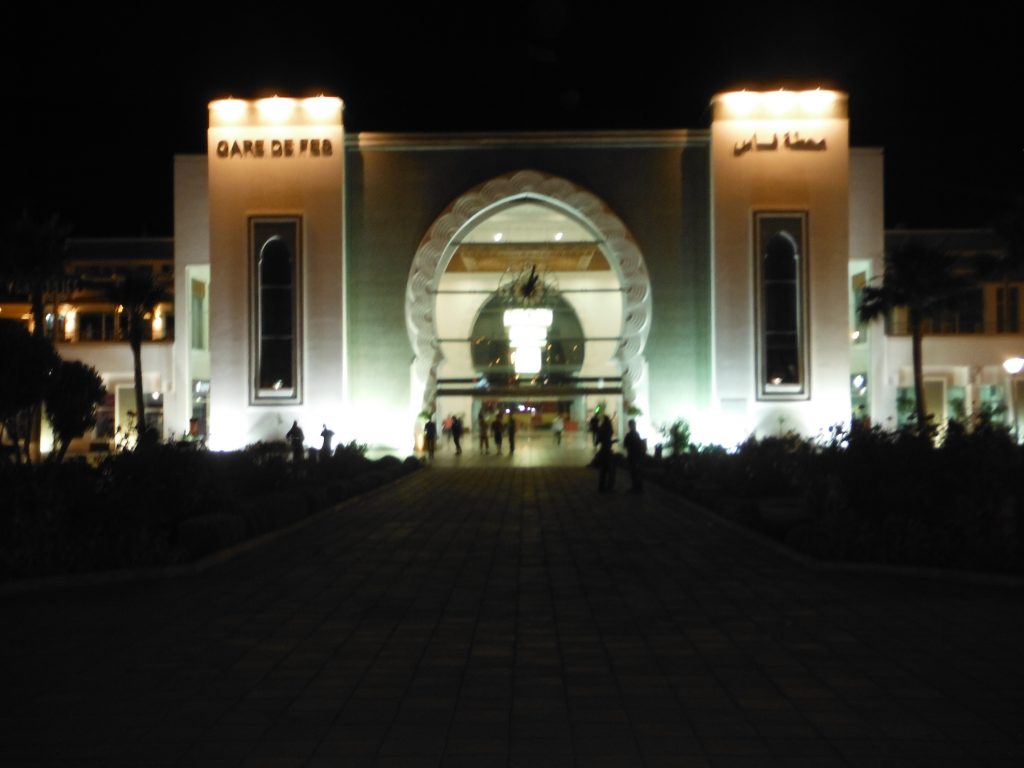