Essaouira is a port city on Morocco’s atlantic coast. Its medina is protected by 18th-century seafront ramparts called the Skala de la Kasbah, which were designed by European engineers. 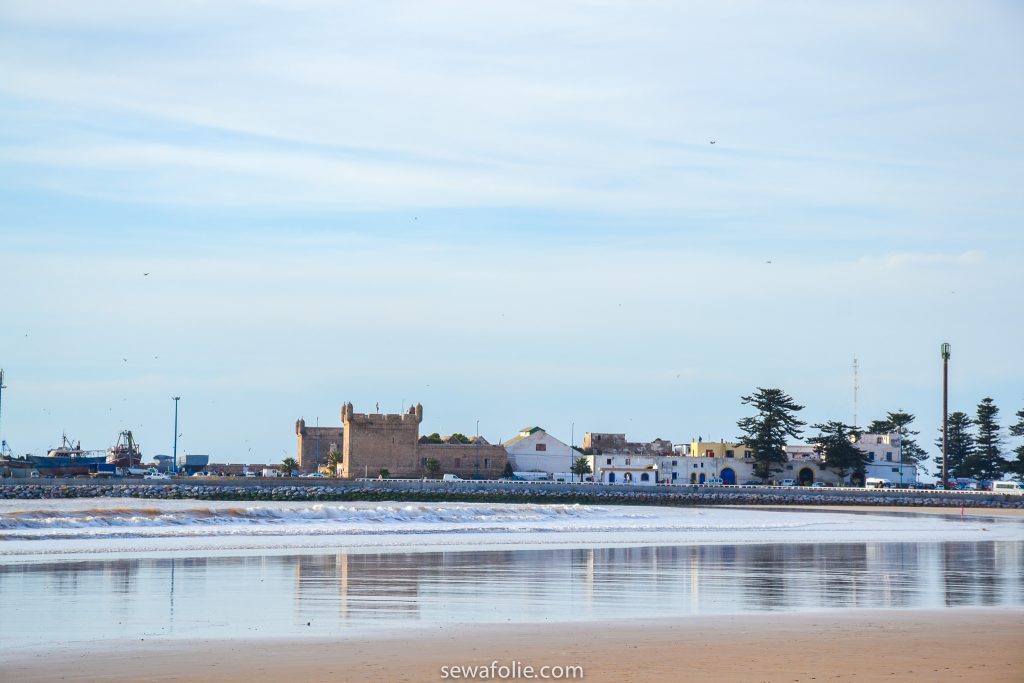 Traveling there in January made it the second time I was in Essaouira, the first being 5 years ago. I found it then and still do, as a hip and enchanting alternative to the bustling city of Marrakech.
There’s something about Essaouira that make me feel good and in my element! I’d totally love to live there for a couple of months if given the opportunity. I can see myself thriving in its community of creatives. 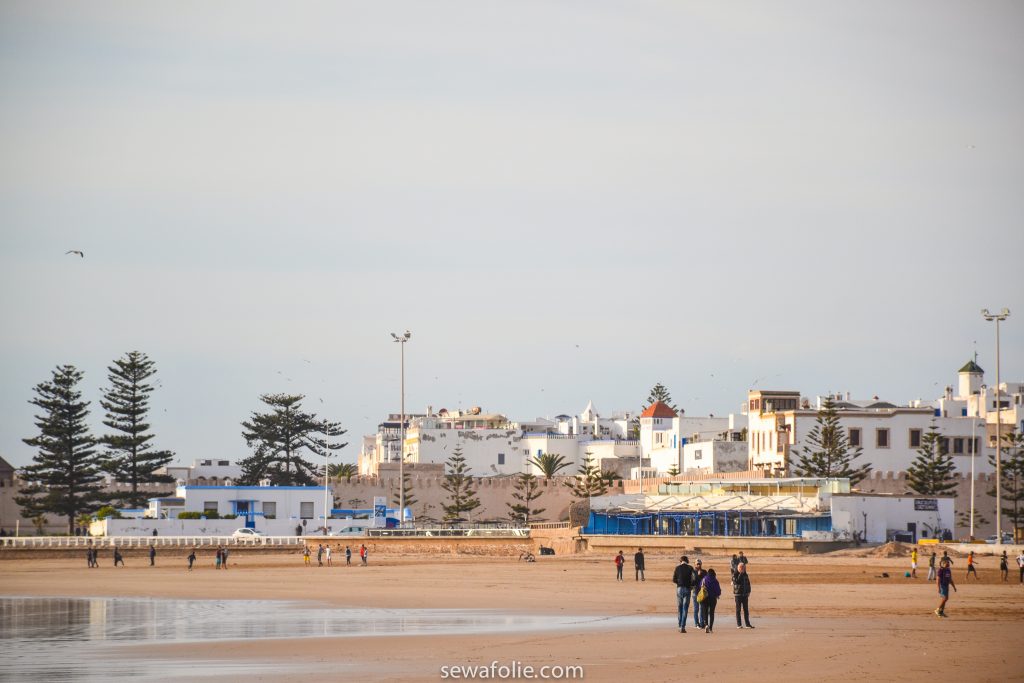 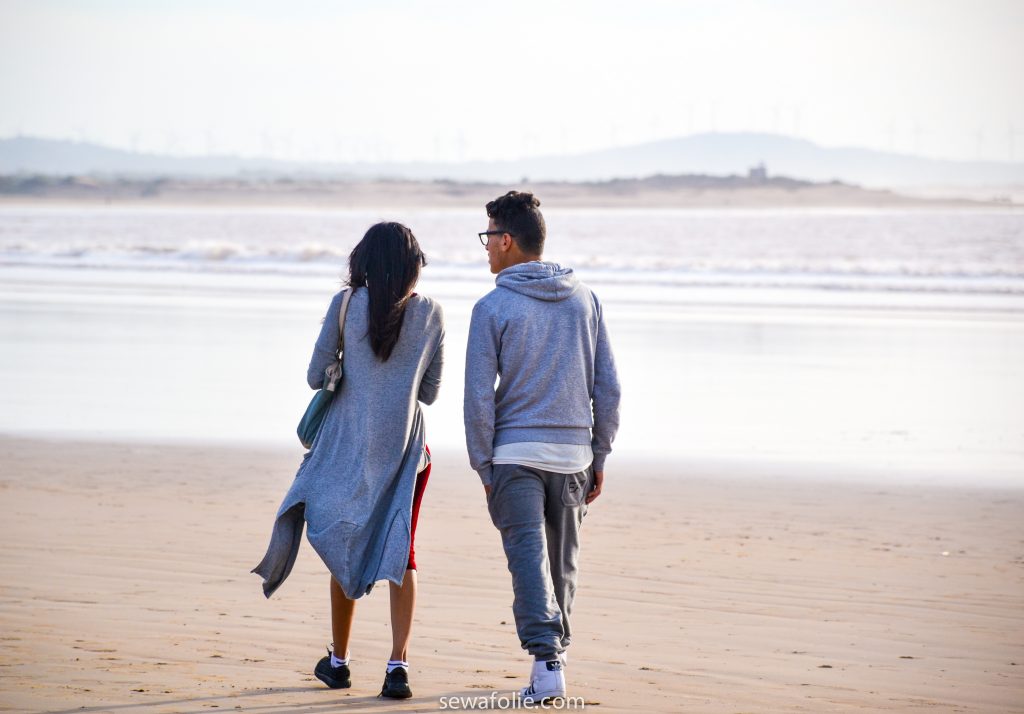 After a maddening couple of days in Marrakech, I decided it was time to change pace and head to Essaouira. The ride there took about 3 hours I believe. I and my friend had missed the coach which was fully occupied when we got to the bus garage, but luckily got a taxi with another couple and got going immediately. It did cost more than the coach would have, but it was better than waiting till later in the day to get another coach. If you’re ever interested in visiting Essaouira from Marrakech, be sure to book your coach ticket well in advance because rocking up at the station only when you’re ready to leave will most likely not guarantee you a ticket as the coaches fill up quickly. Most people tend to buy their tickets a day before. 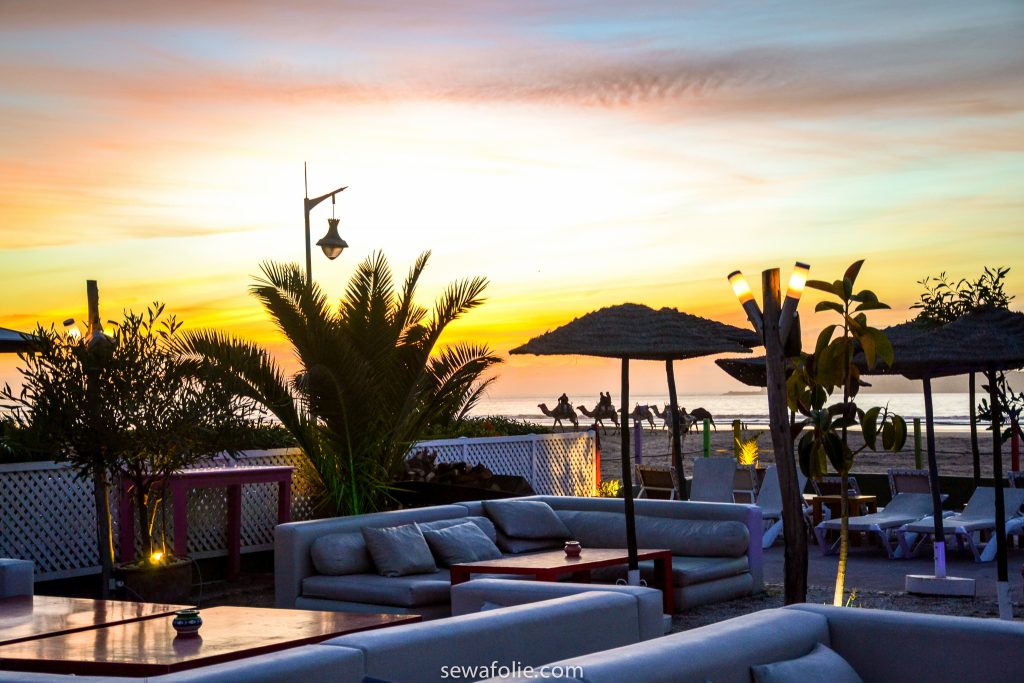 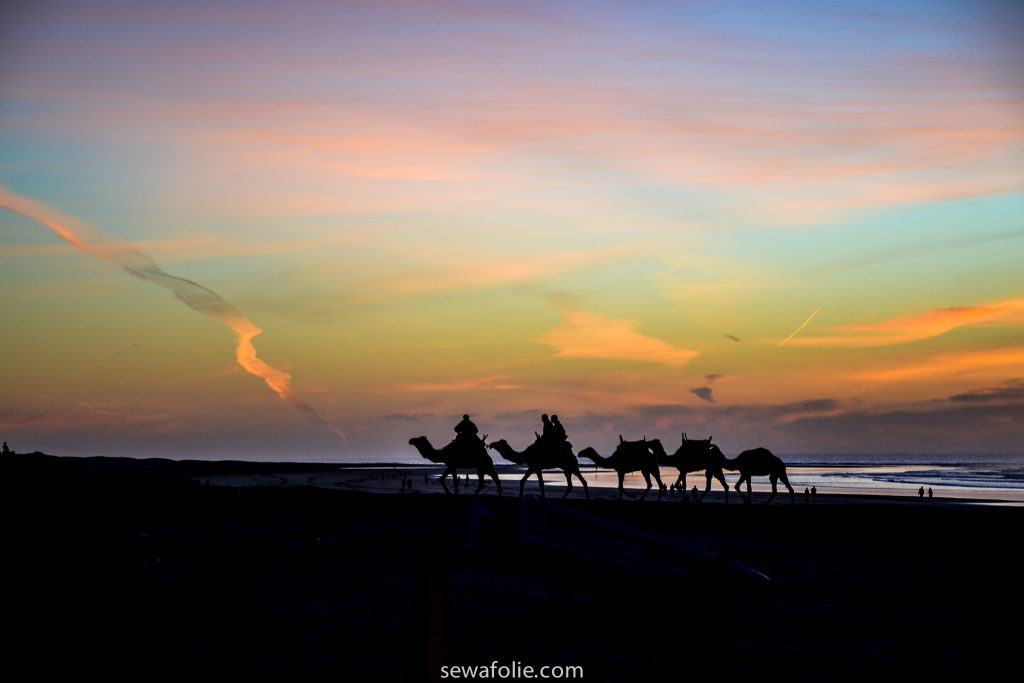 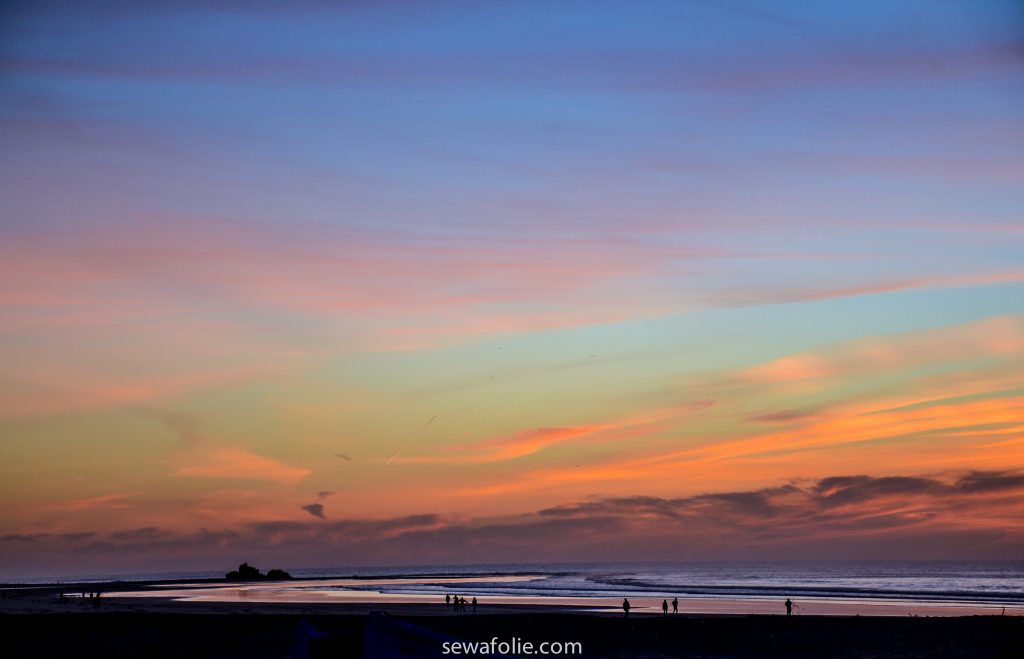 At Essaouira, we stayed at a beautiful riad which overlooks the sea and rocks. Their sun terrace had such an amazing view that we had our breakfast up there every morning for the rest of our stay. For lunch, we indulged in fresh seafood and I got obsessed with their crepes and had it several times. It was totes delicious! 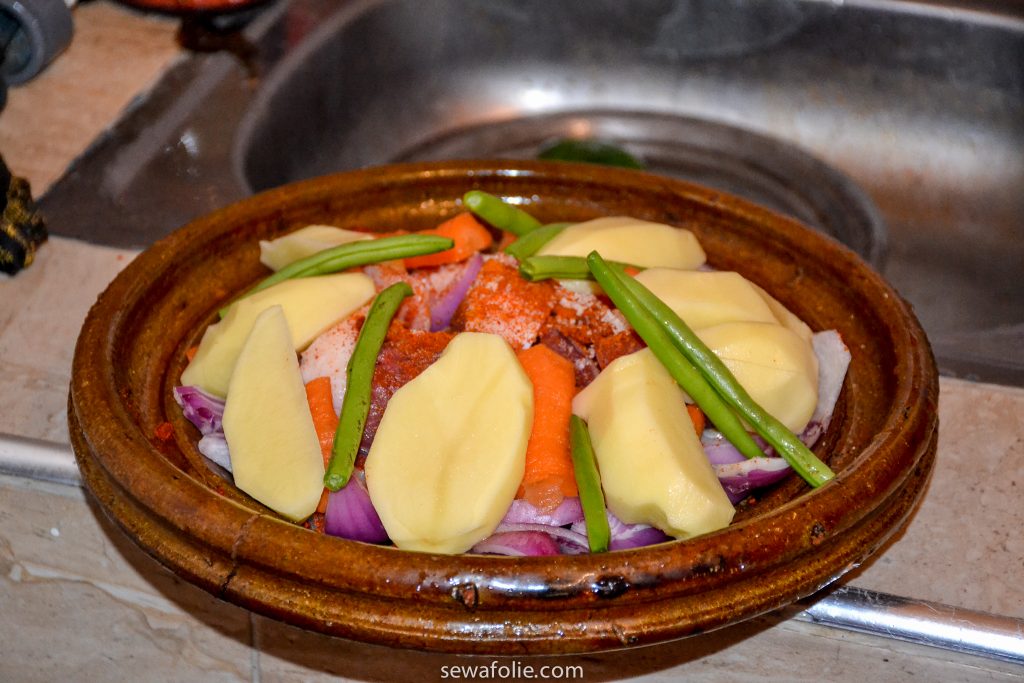 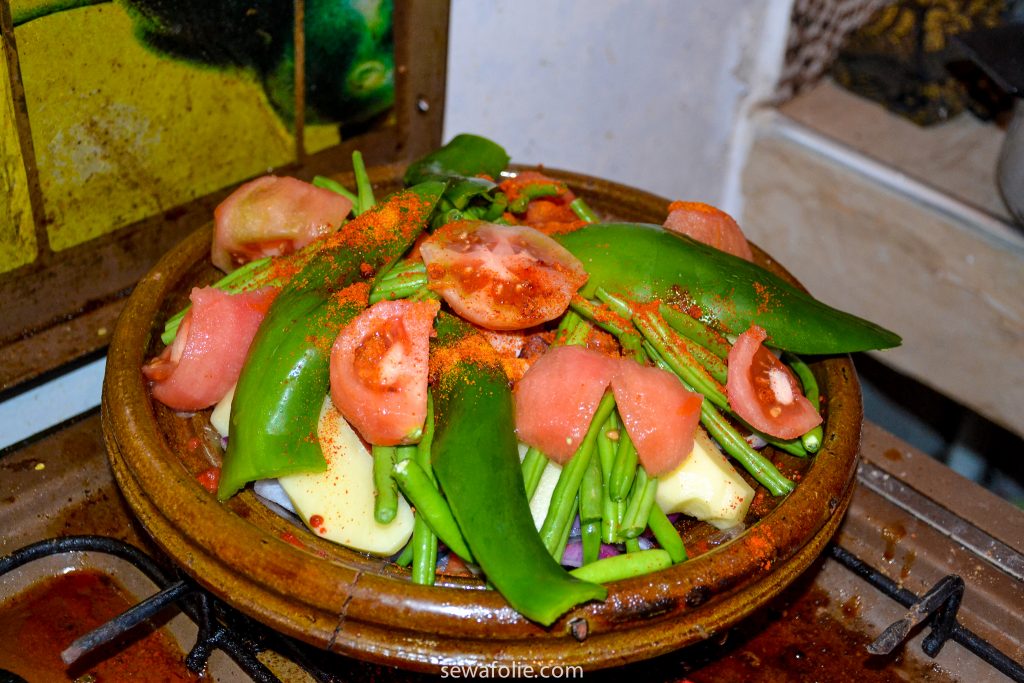 On the beach, there are water sports and activity companies where you can go for surfing, and much more. However, we didn’t because the time of year we went was cold. 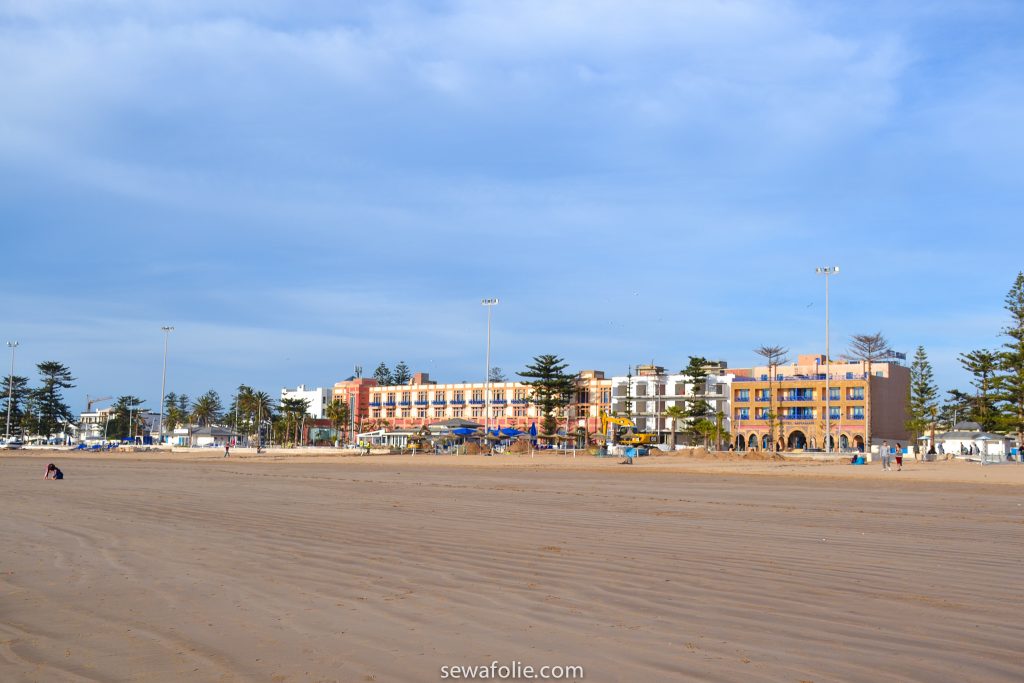 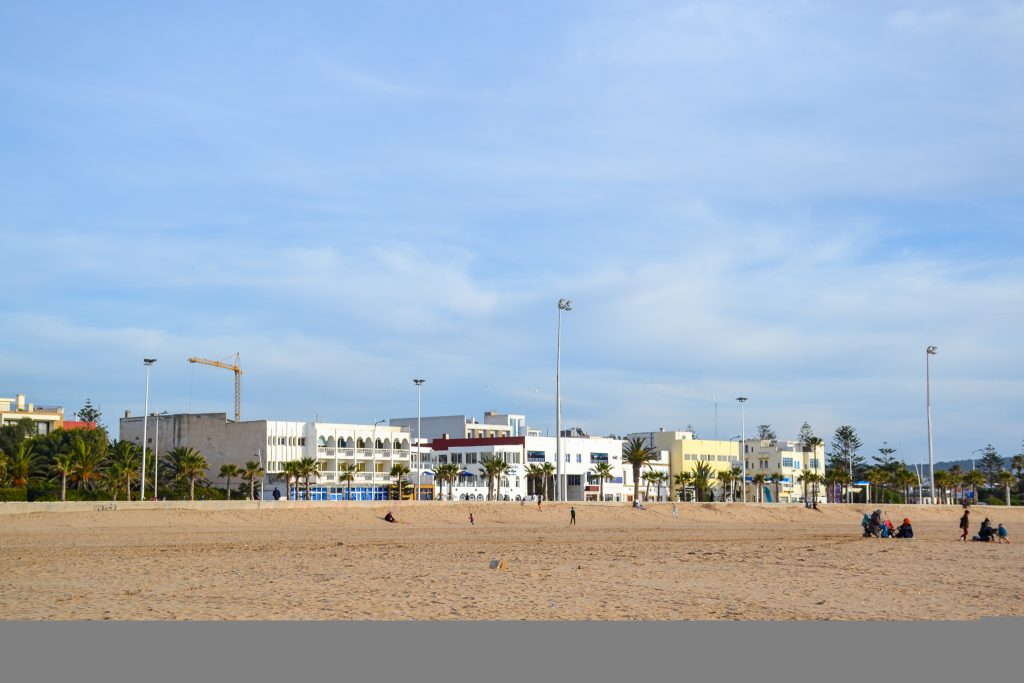 The souk in Essaouira was also much tamer than the one in Marrakech and I was able to wander freely and decide on what to buy without being pestered by overzealous traders. 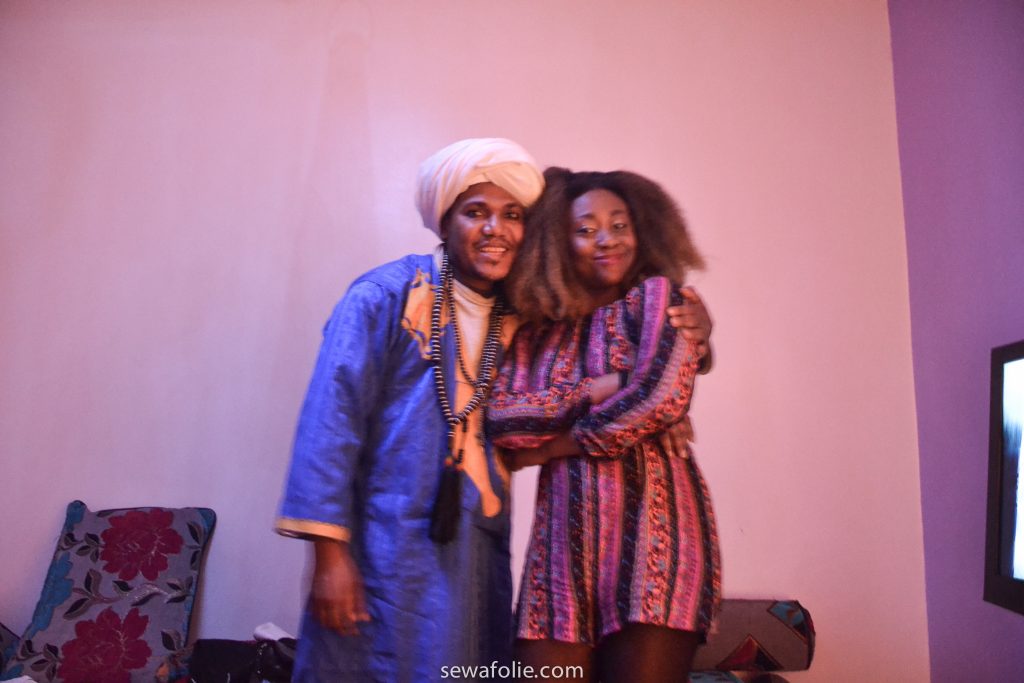 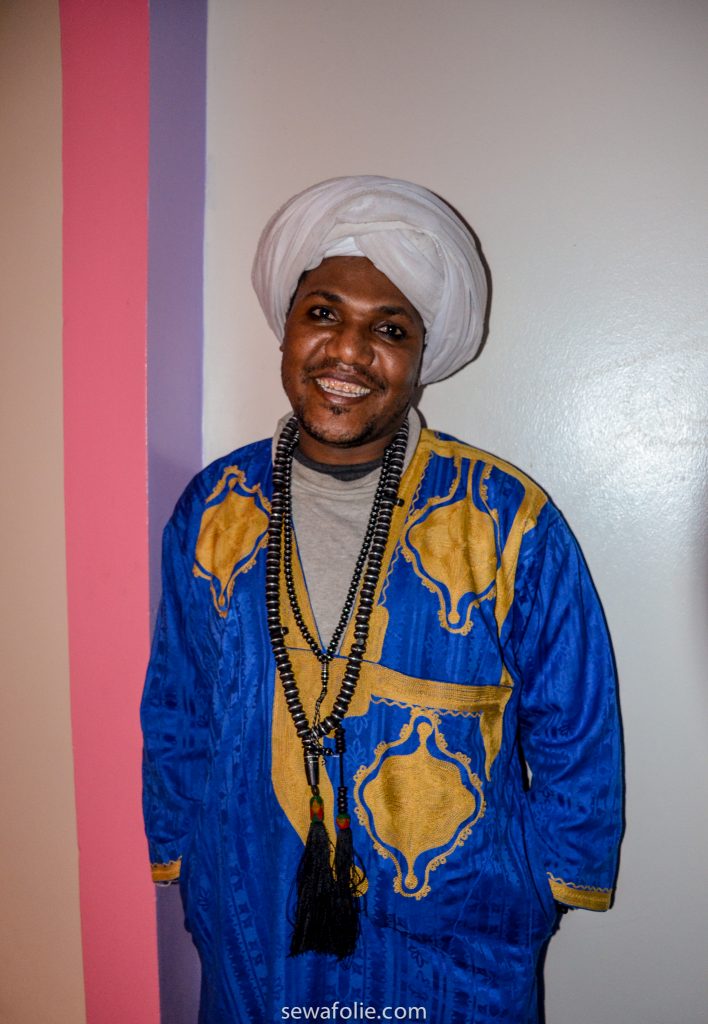 For music and festival lovers, you’d be glad to know that Essaouira is the home to the annual Gnaoua Music festival which happens every year in July. I attended the festival when I first visited in 2012 and found it a great experience and was excited to see lots of creative types drawn to the event from all parts of Morocco and beyond. 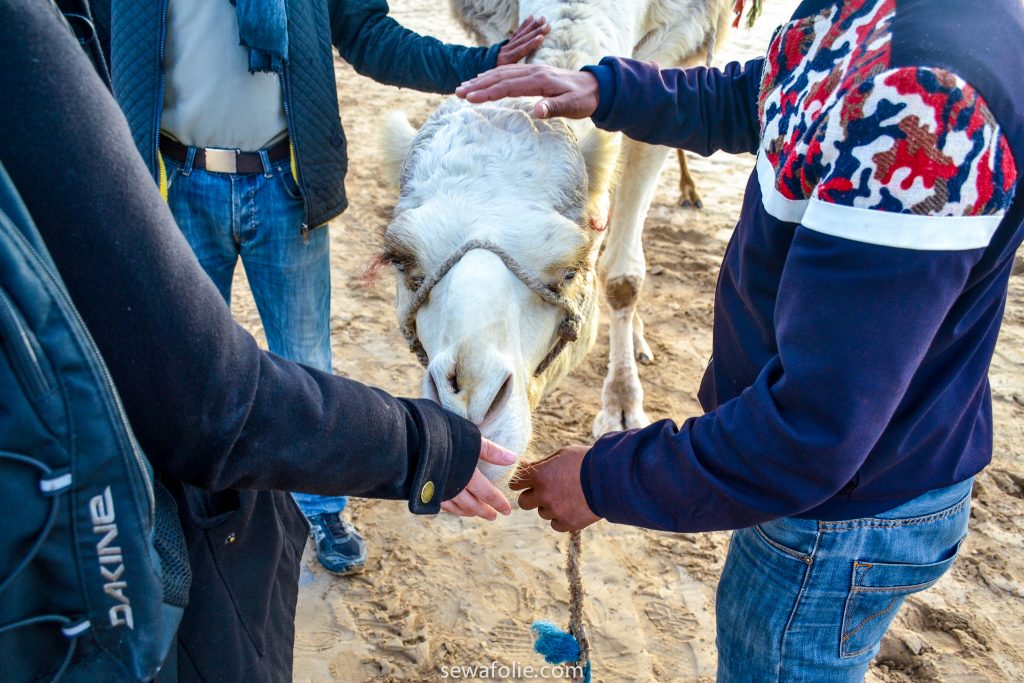 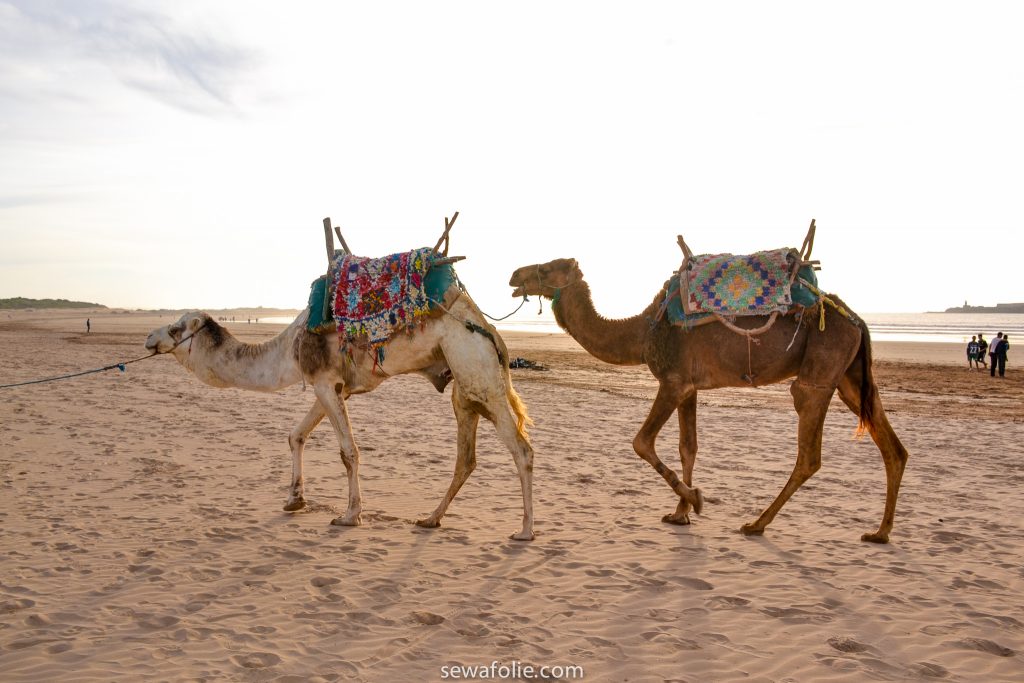 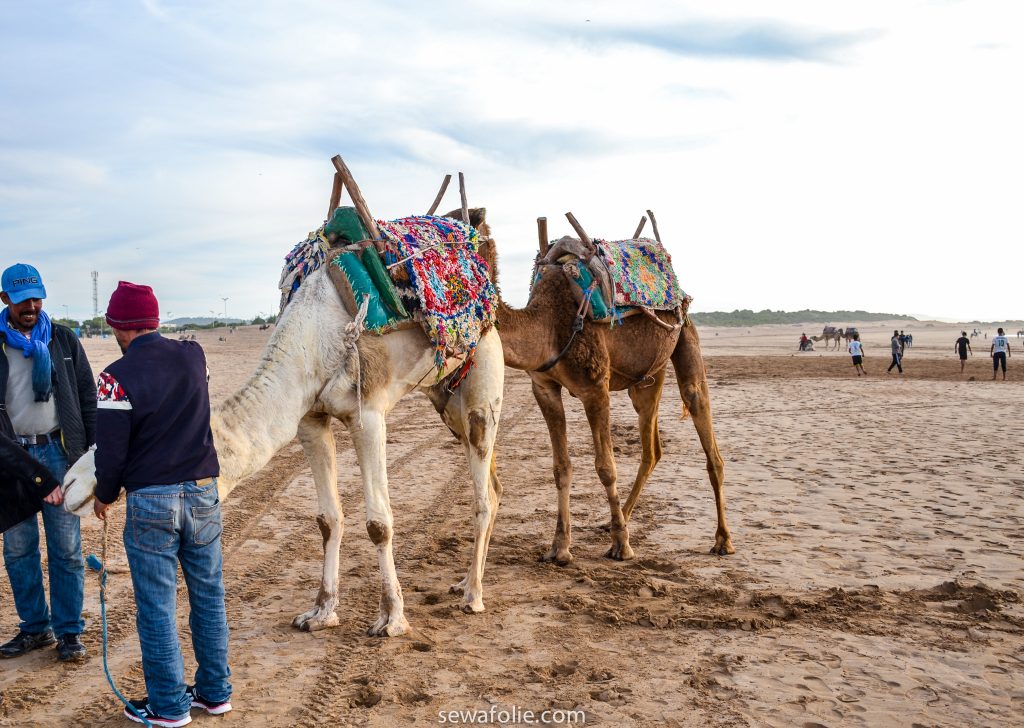 I can keep ranting on about how much I love Essaouria because it’s such a charming place, but I’ll stop for now. You’ll just have to go and experience it for yourself. 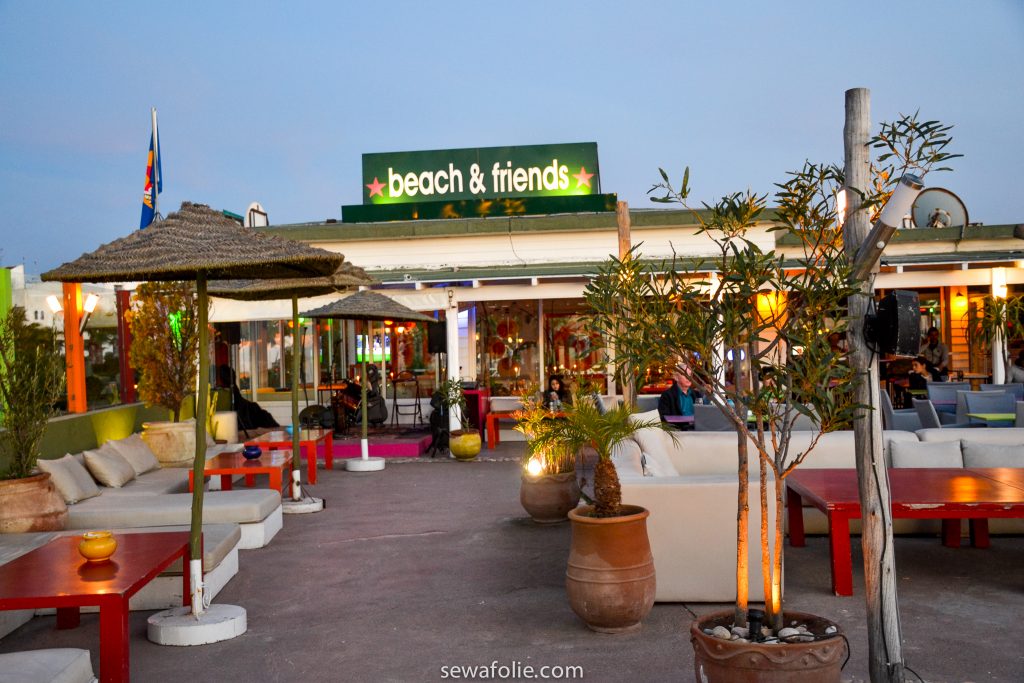 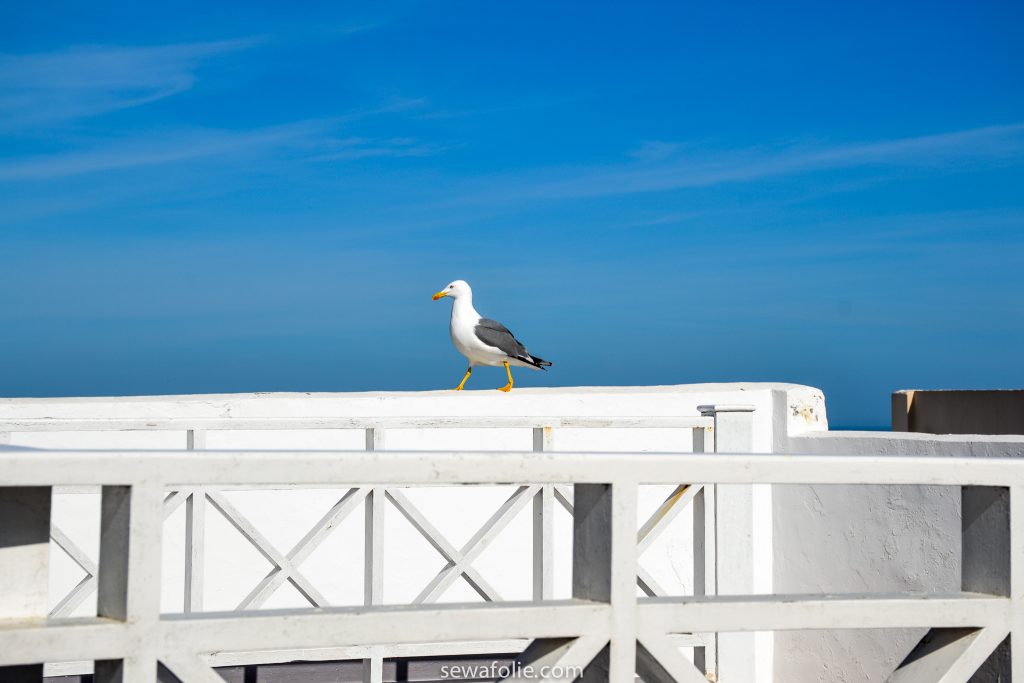 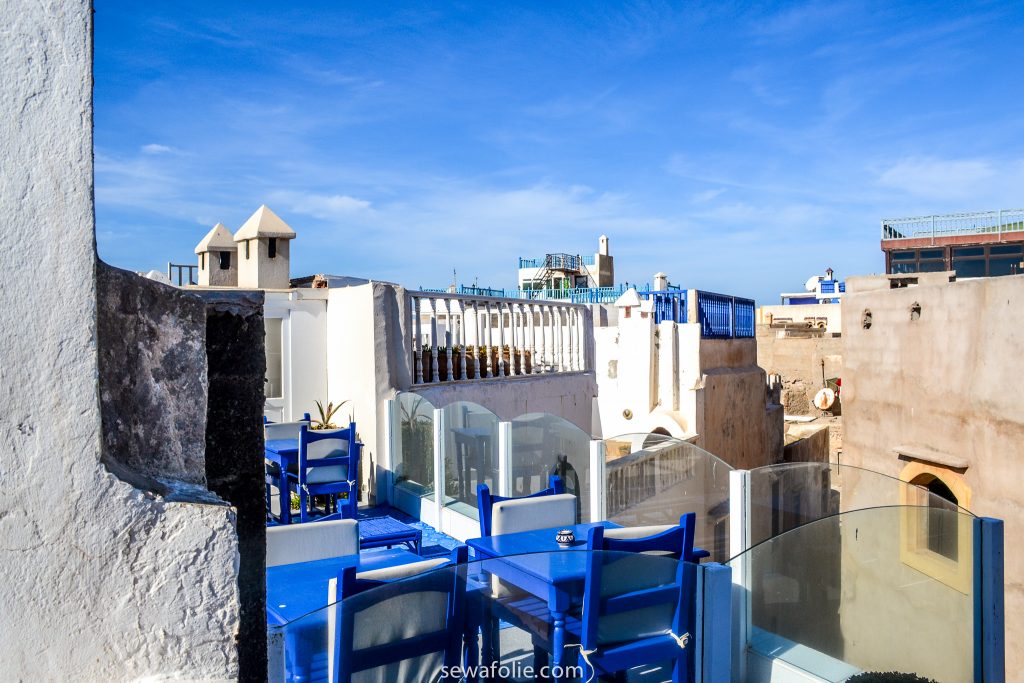 For delicious seafood, sun, beach and tranquility, Essaouira is the place to be! 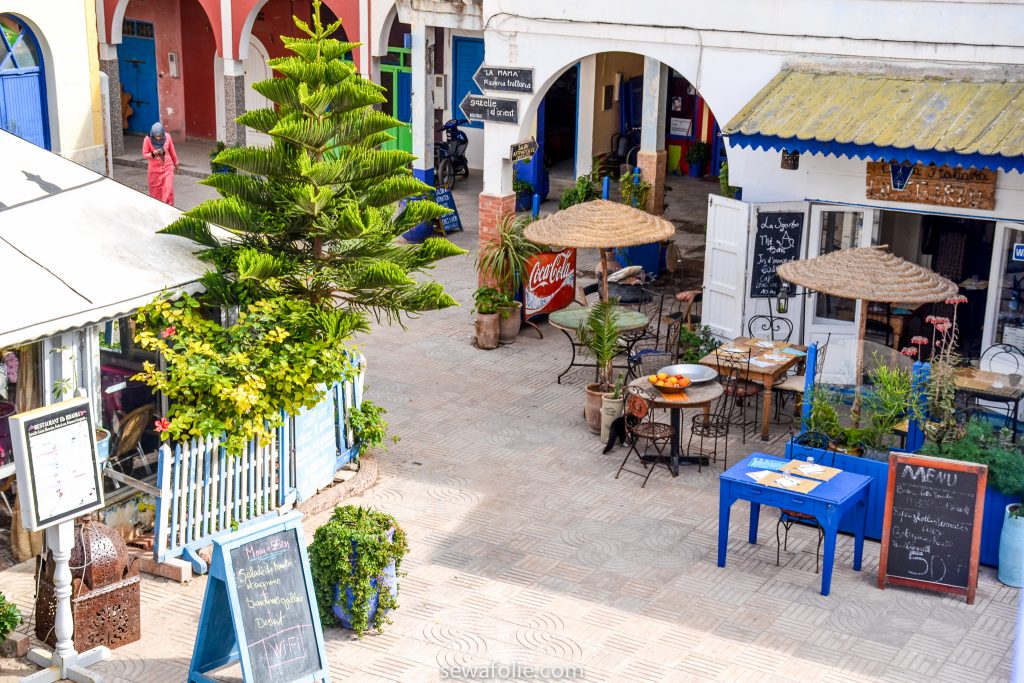 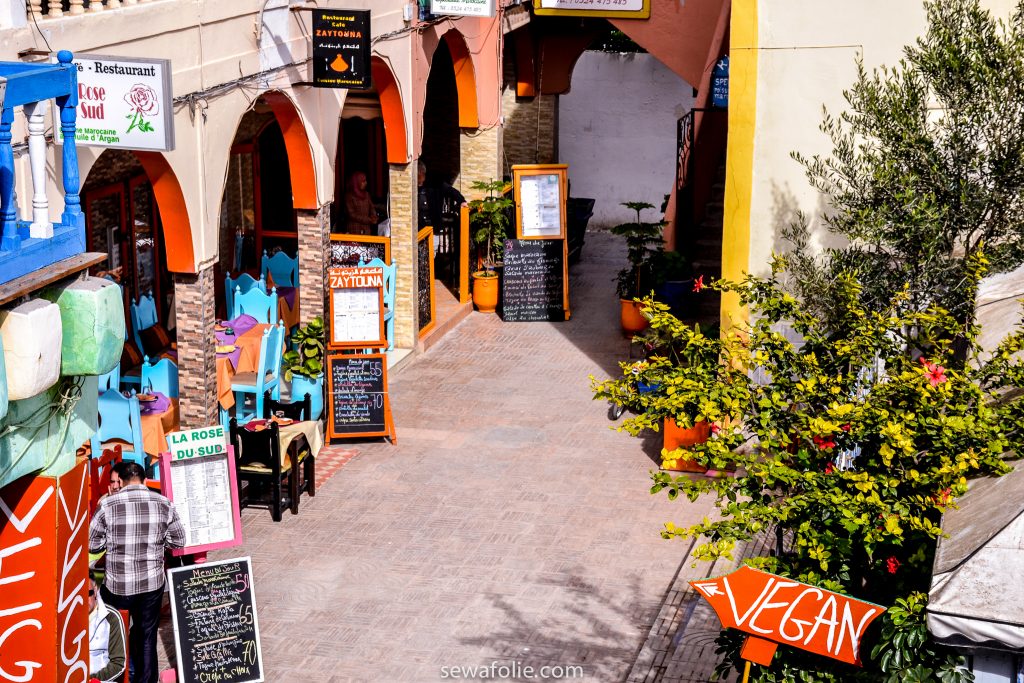 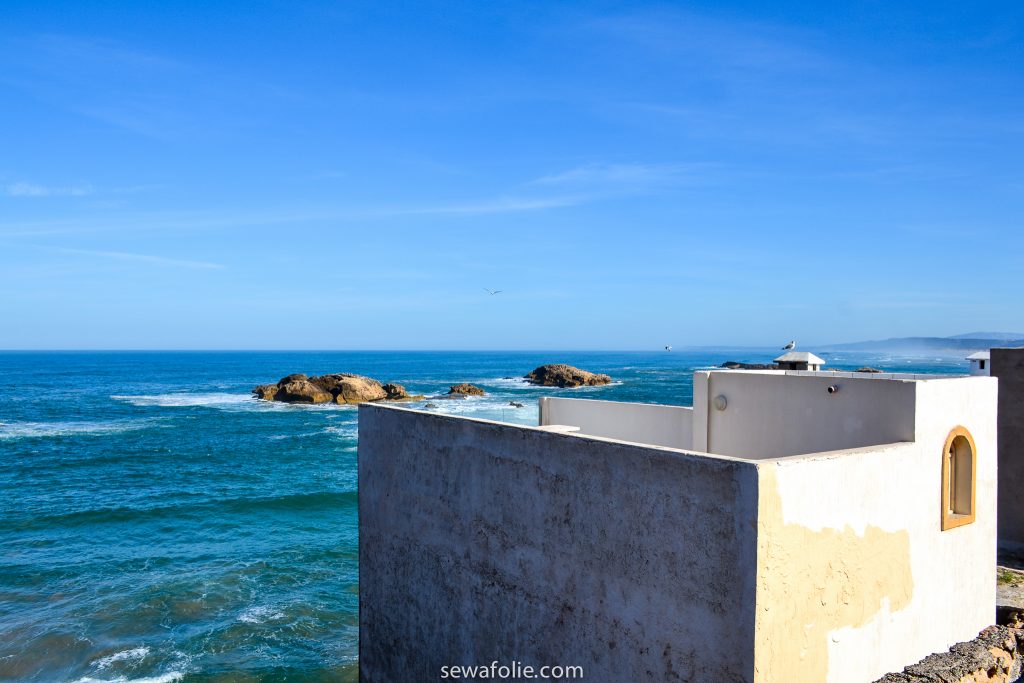 Return flights to Marrakech from London cost from £60 upwards and for as little as £14 a night, you can stay in one of the beautiful riads in the old town.
Shop my Morocco collection 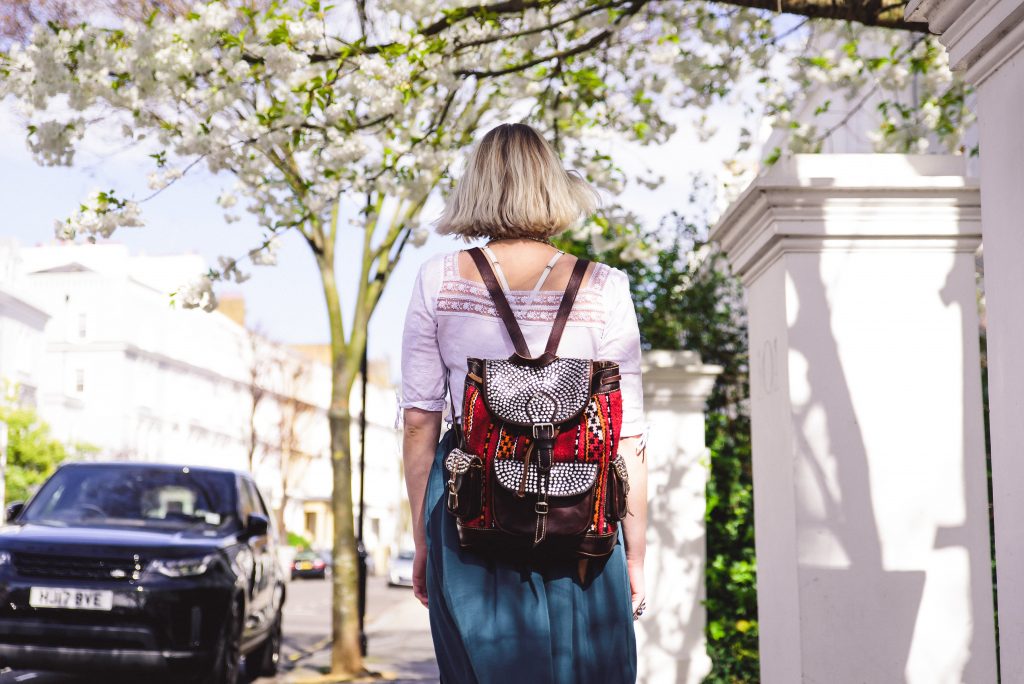 2 Comments on Essaouira, A Tranquil Gem On The Coast Of Morocco