My outfit to the Traditional wedding. I opted not to tie the traditional gele (a type of head scarf). 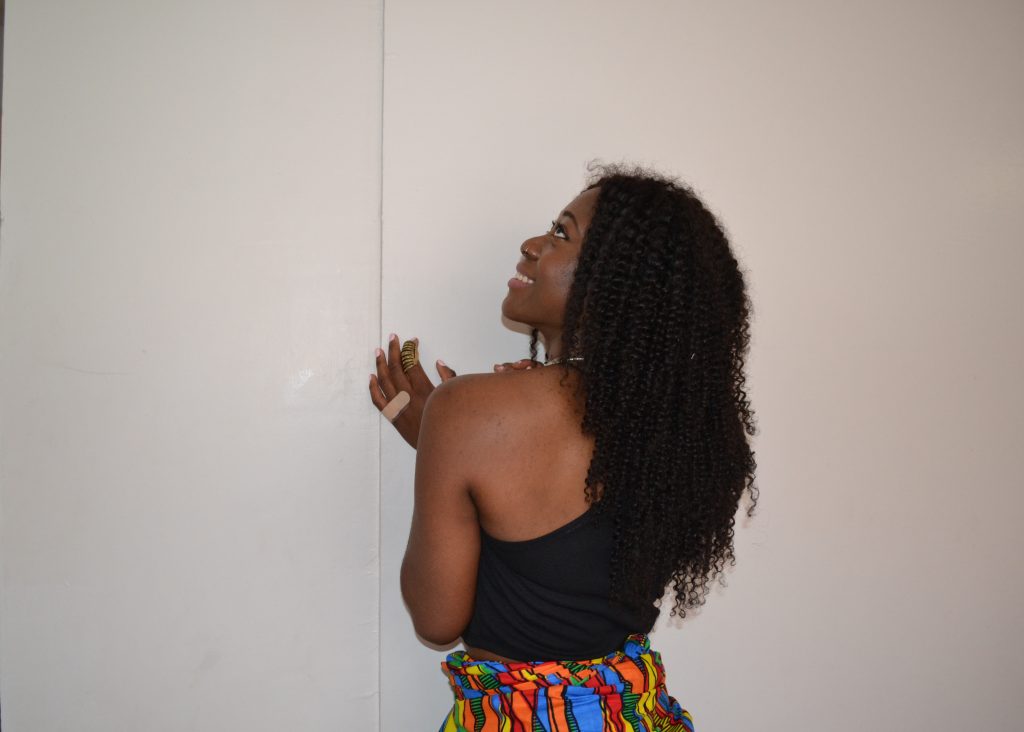 A wedding is said to be a ceremony most girls dream of from childhood. Most of these girls conjure up a ceremony that can only happen in a fantasy world, but for Dunsin, whose wedding I was attending, her dreams became reality.

It’s not news that Nigerians love any opportunity to party! So you know a grand feat like a wedding would not be an exception. Usually, we have the Traditional wedding, where the couple get married according to the customs of their tribe and then the mandatory white wedding in the church or the Muslim one, depending on their religion.

The bridal colour at the church ceremony in Lagos was coral blue. 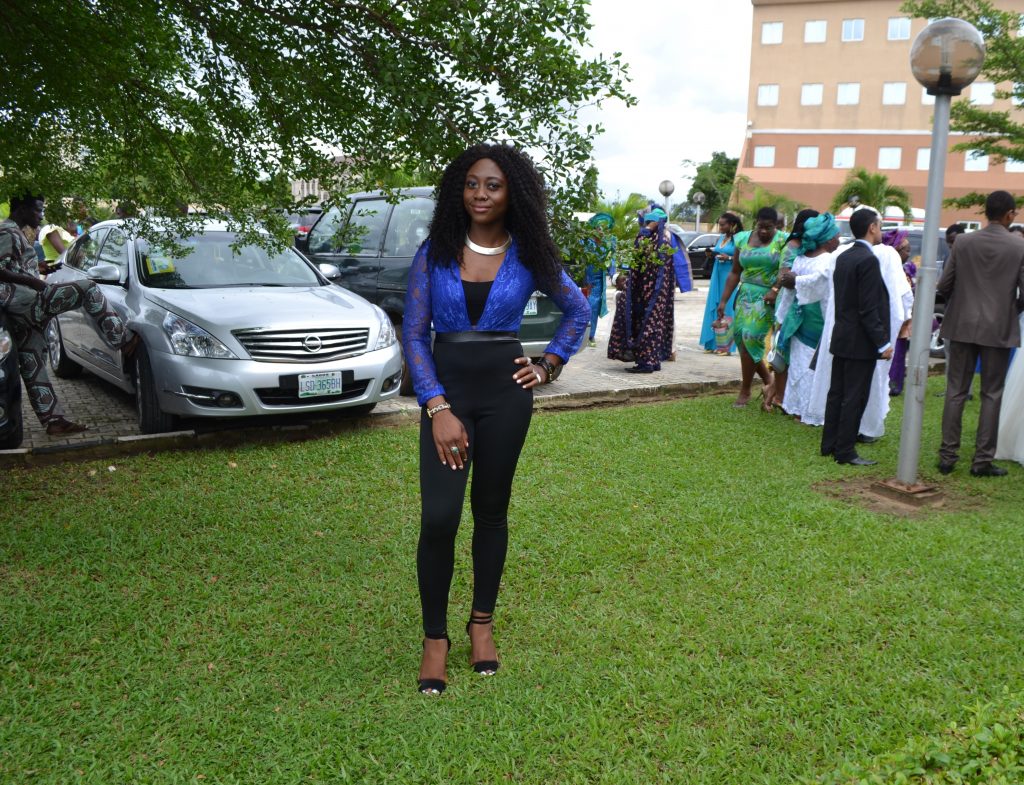 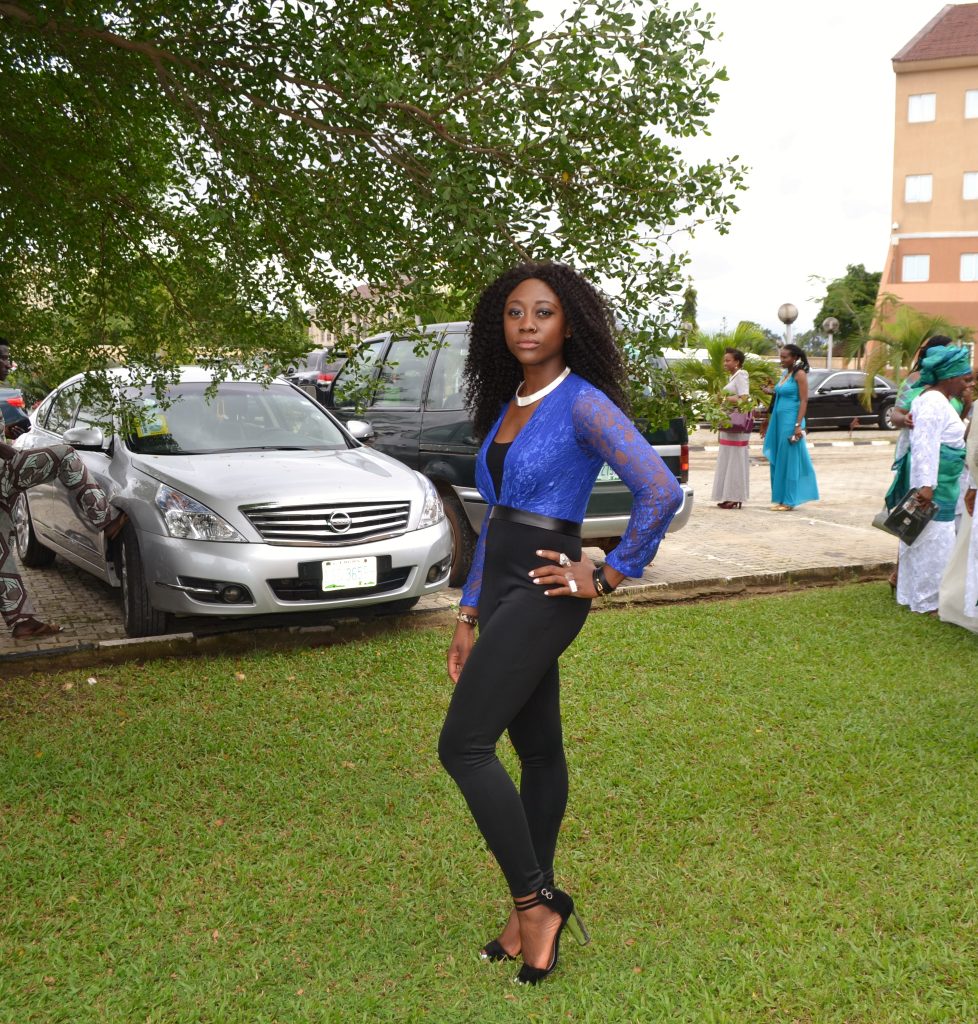 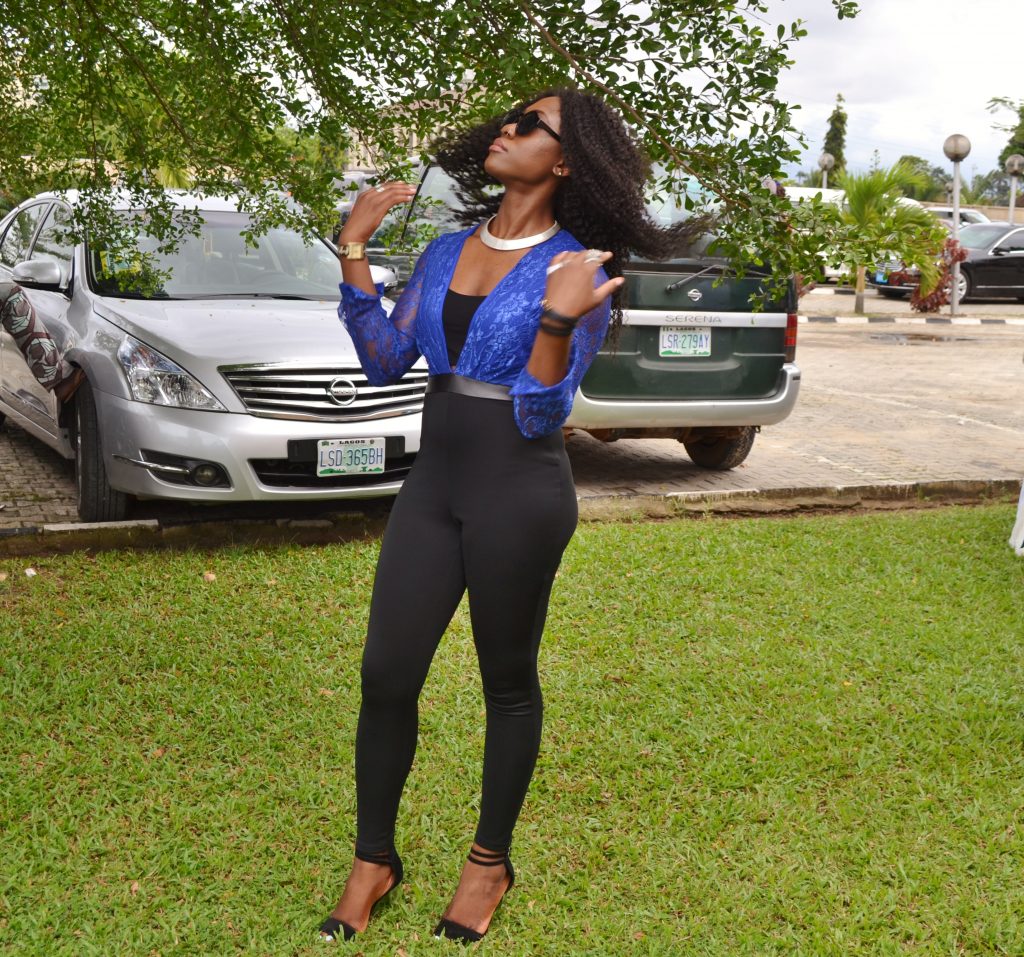 However, for this couple, theirs was 3 weddings which took us from bustling Lagos to a more relaxed Accra (If you don’t know where these cities are, look it up on google!). The bride had wanted a location beach wedding in Accra, but parents being sticklers for tradition ensured that she was ‘given away’ in her homeland. Hence the numerous weddings! In the end, everyone got what they wanted and all was dandy.

At the second church ceremony in Ghana.